In part 1 of this article, we began our “big picture” examination of 2nd offense DUI cases by noting that there are really 2 key assumptions in every such case (particularly from the Judge’s perspective): first, that a 2nd offense DUI basically equates to the presence of a drinking problem, and second, that a person facing such a charge is a repeat offender. We noted that even if a person rarely drinks, picking up an OWI 2nd charge means that drinking is a risky activity for him or her. Here, we’ll pick up here and finish our examination of the drinking problem issue, and then move on to the habitual offender aspect of all this, and how, if handled correctly, we can use the issue of one’s troubled relationship to alcohol in order to offset the idea that a person is a habitual criminal. We left off in part 1 by noting that a person cannot simply show up to court in a 2nd offense case and claim that this is all just an unfortunate incident of bad luck, and/or that there’s really nothing to worry about with respect to his or her use of alcohol. 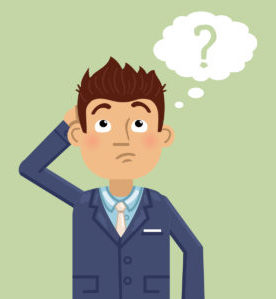 This is important, because a person facing a 2nd DUI needs to understand that it really doesn’t matter how often or how much he or she does (or does not) drink, especially when they insist that no matter how things may look, they don’t drink that much, or otherwise don’t have a drinking problem. As the reader looks for a lawyer, keep this in mind, because it needs to be properly addressed by any lawyer worth hiring. If a lawyer doesn’t thoroughly work through this issue for you, then what is he or she going to do? Sure, one can “fight,” if there is something wrong enough with the evidence to fight about successfully, but if there isn’t, then what? What else can a lawyer do? Stand there and tell the Judge that the client insists he or she is not a big drinker, and doesn’t have a problem? What benefit with that bring? We surely know that the Judge has already reached the conclusion that the person’s drinking, is, to at least some extent, problematic. When handling a 2nd offense DUI case, the “I know it may look bad, but Im really not a big drinker” approach is worthless, and isn’t going to help anything. In fact, it only makes things worse.

That’s why acknowledging this is a starting point to correctly handle a 2nd offense DUI case. In fact, I’ll go one step further and say that the failure to address this up front is an outright mistake, and means the case is NOT being properly handled. As we noted above, though, there are really 2 assumptions that are part and parcel of every 2nd offense DUI case. Having briefly looked at the first (that the person has a problem with drinking), let’s now move on to the second – the idea that a 2nd DUI offender is a habitual offender, meaning a habitual criminal.

To be clear, I am a strong believer that DUI charges thrusts people who are NOT otherwise criminals squarely into criminal situations. I’ve written quite a bit about this, and can look back over the thousands of cases I’ve handled to find endless examples of successful medical, legal and technical professionals, amongst others, who have never done anything wrong in their lives except pick up a couple of DUI’s. I wouldn’t consider any of these clients “criminals” in any sense of the word. However, we need to look at things from the perspective of the Judge and prosecutor and probation officer, as well, because no matter what you or I may think, Operating While Intoxicated (OWI) is still a criminal offense.

Some time ago, I was handling a driver’s license restoration hearing (these folks have lost their licenses for at least 2 DUI’s, and have to prove that they’ve quit drinking for good in order to win it back) and my client said something to the effect that he had made some mistakes in the past regarding drinking and driving. The hearing officer firmly but politely responded that “The first time you drove drunk, you committed a crime; the second time you did it, you became a habitual criminal.” Here we must ask, is it reasonable to believe that the criminal justice system – the very system designed to punish drunk driving and figure out what to do to someone to make sure it doesn’t happen again – is going to think otherwise when it does, in fact, happen again? Everybody who gets busted has some explanation or story about how or why it happened. Seriously, nobody ever steps forward and says, “Well, Judge, I drink a lot, and on this day, I went out to get plastered, and when it came time to drive home, I said, ‘screw it,’ and just took my chances?”

The reader probably has a good sense of this already. As I noted at the outset, you have probably already been apprised of all the potential negative and scary consequences of a 2nd DUI. In addition, you probably also know, if not almost “feel,” how bad all this looks, especially if you are otherwise an upstanding person. Make no mistake, amongst my clients, a 2nd DUI charge stands in rather stark contrast to all of their other life-accomplishments. My client base consists of people who have done rather well for themselves. The idea of being a criminal, much less a habitual criminal, is almost beyond contemplation for them. Yet failing to look beyond a subjective self-appraisal and acknowledge the larger reality of this situation is foolish and cripples your ability to produce the best outcome possible. Fortunately, this theme of repeat criminal activity can be tied directly into the notion of the person having a problematic relationship to alcohol, and, if that’s done correctly, we can use that to help negate and offset the most of this horrible-sounding, habitual criminal thing.

Let’s be honest; if you’ve already had a DUI and you’re now back for a second time, you’ve lost your rookie status. Most lawyers get this instinctively. The natural (and correct) reaction, however, is to try and shift the focus from the repeat criminal side to the drinking problem side of this, but that must be done very carefully, and gently. It is very easy to “over-pathologize” the client’s relationship to alcohol and wind up getting him or her ordered into all kinds of unnecessary treatment and counseling. This is a bone-headed move of the highest order. Recall that I noted earlier that jail can be avoided in most 2nd offense DUI cases, so it’s not like one is going to trade 60 days in the pokey for counseling program, instead.

In 2nd offense cases, I call upon my own clinical training to help. Among the options increasingly available in 2nd offense DUI cases are sobriety court programs. These are intensive, rehabilitate programs that provide all kinds of counseling and treatment for those who want help, along with very strict alcohol and drug testing to insure that a person remains substance-free the whole time. As a reward, a person can have his or her driver’s license provisionally restored. These programs have wonderful potential, although some courts do it better than others.

For some people, though, doing a sobriety court program just isn’t an option for any of many reasons. Here again, we don’t want to run into court, trying to avoid blame for the “criminal” aspect of this by jumping up and down and pushing too much on the “I have a problem” side of things. Even those clients who readily admit that they’re drinking is a problem need to be “managed” in a way to produce the best legal outcome. And to be clear, no matter how you cut it, success in any DUI case (i.e., the “best” outcome) is judged by what does not happen to you.

Here is where experience counts. In my practice, for example, I only handle DUI cases in the Greater-Detroit area, meaning Wayne, Oakland and Macomb Counties, and also a few of the surrounding counties, as well. I don’t go up north, or to Lansing, or the “other side” of the state. Because I limit my work to the same circle of courts, where I appear again and again, I know to approach a case differently before one Judge than I would in front of another because I know how they do things. If you have a DUI in Lansing, then you should look for a Lansing-area DUI lawyer; ditto for any and everywhere else. Local is always better. I am NOT a believer in the “everywhere” lawyer who will go to any court, anywhere in the state, as long as someone pays his or her fee. Sure, there’s good money in that, but at the cost, I believe, of better service to the client. A DUI lawyer should be selling experience in the court where your case is pending. If not, then you’re essentially paying his or her tuition, instead.

How one manages to negate the habitual criminal thing really does depend on the outlook of the Judge to whom a case is assigned. Some Judges have more clinical rehabilitative understanding than others. While most non-sobriety court Judges are happy to transfer any of their cases to a sobriety court for handling, some Judges won’t even consider it. Such a mindset is curious (to put it as politely as possible), but it’s also a reality. For every delicate balance that must be struck to handle this properly, the overriding consideration is to NOT let the client be perceived as some desperate alcoholic lest he or she be ordered into endless treatment and testing. Not to sound like a broken record, but success in a DUI case is best judged by what does NOT happen to you.

As we’ve seen, the reality is that if you’re facing a 2nd offense DUI, you’re going to have to be ready to deal with the presumption that your relationship to alcohol is risky, and troubled in some way. Also, no matter what else may or may not be present in your case, you aren’t going to be seen as someone who is a “rookie,” or was just unlucky. When you’re back for a 2nd spin, you are automatically perceived differently than those showing up to court for their first legal scrape. This doesn’t doom you, or your case, but failing to understand how you are perceived in the court system renders you unable to take the proper measures to produce the best results in your case.

If you are facing a DUI anywhere in the Metro-Detroit area (meaning Wayne, Oakland or Macomb County), I can make sure you get the best outcome possible. If your case is far away, think about what we’ve covered here, and read through my website and some of my other DUI articles on this blog. Whatever else, be a good consumer and read around. When you’re ready to start looking of a lawyer in earnest, check around. All of my consultations are done over the phone, right when you call. You can reach my office Monday through Friday, from 8:30 a.m. until 5:00 p.m., at (586) 465-1980. We’re here to help.