This article is to help anyone facing a DUI to understand what he or she will experience going through the court system. To do this, it is most helpful to look back a bit, at how things used to be, in order to fully grasp the process today. Although there is a lot to a DUI in general, there are 2 key, “in your face” things that everyone will have to deal with: First, a “no drinking” order from the court, enforced by alcohol testing (and usually put in place right out of the gate), and second, some kind of alcohol education, counseling, or treatment, generally required as part of probation. I’ve broken this discussion into 4 installments to keep each one short and interesting. 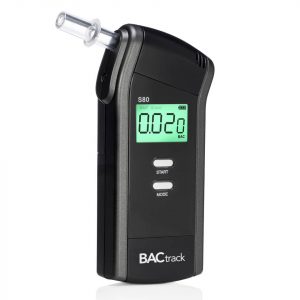 A DUI is scary, but the truth is that things are probably not nearly as bad as the reader may fear. The Tri-County area of Wayne, Oakland and Macomb Counties is a major metropolitan area, with a population of over 3.8 million people, and is home to 47 district courts, with over 110 Judges between them. Although each community that makes up the region has its own “vibe,” they’re all part of the larger metropolis, and things like jail overcrowding and a “big city” mindset means the courts here are more lenient than many distant, rural courts, that have plenty of jail space and fewer offenders.

I’ll repeat this throughout, but the standard we’ll use is that success in a DUI case is best measured by what does NOT happen to you. When it comes to DUI cases, what is considered “tough” today was unimaginable 20-odd years ago. Moreover, what we’d consider “lenient” today, with a few exceptions, would never have been thought of as especially “lenient” back then. In other words, today’s “normal” is very different from and much more demanding than it used to be. This is really part of a national trend toward getting “tougher” on drunk drivers. While some courts tend to pile it on ore than others, our job is to try and hold the line on that and help prevent our clients from going through anything that can be avoided.

In much the same way that prices for just about everything always go up, DUI laws continue to get tougher, as well. As we’ll see, there is a reason for this, but one thing is for sure: this trend will only continue, at least until all cars become self-driving.

In terms of how it used to be, up until 2003, the BAC limit for drunk driving in Michigan was .10, and the offense then called OUIL, or “Operating Under the Influence of Liquor.” That changed in 2003, when Michigan’s DUI laws were amended and the legal limit dropped to .08. In addition, the various drunk driving offenses were renamed OWI, or “Operating While Intoxicated.”

In 2019, after the legal limit for drunk driving in Utah was dropped from .08 to .05, legislation was proposed in Michigan to do the same thing. Although there has been no action on this yet, and it doesn’t seem likely to be passed into law anytime soon, the fact that it was even considered in the first place reflects the universal trend to get tougher on drinking and driving.

When you think about it, what about DUI cases always seem to make the headlines? Tragedy. Unfortunately, there is a regular and heartbreaking stream of DUI-related fatalities in the news, or, as happened at the end of 2018, an entire Michigan family wiped out by someone driving drunk. This tends to galvanize everyone to get tougher on drunk driving.

About 20 years ago, a late Macomb County Circuit Judge rather presciently stated to a woman standing before him for violating probation in a 3rd offense, felony DUI after getting caught drinking, that, “Society has lost its sense of humor for people like you.”

Fast forward to now, and it’s clear that there is no humor left in any kind of DUI situation. There is nothing funny about being hurt or killed by someone driving drunk, or even being put at risk because someone else didn’t know when to stop drinking, or to call for a ride, rather than drive. Today, if a driver is all over the road, it won’t be long before someone uses their cell phone and tips off the police.

I don’t like to speak in universals, so I’ll won’t say that, wrong as it may be, everyone has done it, but if we ask for an honest show of hands of those who have driven after having had a bit too much to drink, I think it’s fair to say that most of us would have to ‘fess up.

I point this out because the simple fact remains that for most people, a DUI just “happens.” Lots of good people who are not “criminals” in any sense of the word find themselves in the unfortunate situation of facing a DUI charge. To be sure, there is an element of being unlucky to all of this. Nevertheless, it only takes 1 tragedy in the news to remind everyone that driving drunk is very dangerous, and to want to tighten the screws down even more on anyone who does it, or at least gets caught doing it.

While this is all well and fine, and even though the knee-jerk reaction to every drunk driving death that makes the news is to toughen the laws, the good news for anyone facing a DUI, at least here, in the Metro-Detroit area, is that the reaction to this has not been to lock people up and throw away the key.

Instead, the response has been far more interventionist. While sometimes burdensome, and at times, even unnecessary, this isn’t a completely bad thing, and, in the final analysis, all the testing and counseling in the world is still a heck of a lot better than a jail sentence.

This is what a person going through an OWI change is going to have to deal with. With this as our starting point, we can move on to examine the role of alcohol testing in DUI cases.

As we do so, it is not my intention to hobble down memory lane, sounding like some old lawyer blabbing on about the days of yore. However, simply because I was already a veteran DUI lawyer “back in the day,” when things were easier, my notion of what constitutes a “good” result looks a lot more lenient than that of younger lawyers, who seem more inclined to simply accept things as they are now.

This is good news for my clients, because it means I expect and strive for better (as in more lenient) results in every case. To that end, my team and I never lose sight of the operating principle that success in a DUI case is best Judged by what does NOT happen to you.

When a DUI charge is solid enough (as most are) to not be successfully challenged and tossed out of court, then the goal of the DUI lawyer is to minimize all of the potential consequences his or her client faces as much as possible. In that way, less is more, and that includes testing.

We’ll stop here for now, and come back, in part 2 and begin our survey of the role of testing in a DUI case, both as a condition of bond and a term of probation.