In part 1 of this article, we began an examination of the 2 things everyone going through a DUI will be required to do: breath and/or urine testing for drugs and alcohol, and some kind of classes, counseling or treatment. After a brief history lesson, we ended with what I consider the gold standard for DUI lawyers – that success in a DUI case is best measured by what does NOT happen to you. No matter how else you put it, the job of a DUI lawyer is to protect the client from as many consequences as possible, and that includes testing, which we’ll examine in this segment. 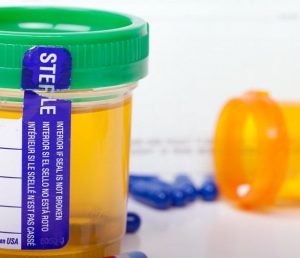 To really understand how and why alcohol testing is used as it is today, we have to step back in time, a little more than 20 years ago. Back then, a person facing a DUI here, in the Greater-Detroit area, was usually not specifically ordered to abstain from alcohol (or drugs) while the case was pending, as a condition of bond. Up until the mid-1990’s, nobody had even heard of, much less used, any kind of “testing,” to make sure that a person didn’t drink while waiting for his or her case to be resolved.

If, by some chance, a person was ordered to not drink while the case made its way through court (and for a long time, this was far more the exception, rather than the rule), there was really no way to verify if they were or weren’t, and about the only way a person could get caught violating it is if he or she had some kind of police contact (like an arrest for another case involving alcohol) and/or it was otherwise documented that he or she had been drinking.

In fact, it was normal back then for most people on probation for a DUI to be told by the Judge that under no circumstance were they to drive after consuming ANY alcohol while on probation. In other words, it was allowable (and not a violation of probation) for them to drink, just not drink and drive (remember, drinking and driving itself is not illegal, it’s drinking too much and driving thereafter that’s the crime).

Over time, that changed, and it became a standard condition for a person not to drink at all while on probation.  Up to then, the idea of restricting someone from consuming alcohol was situational. In other words, if you had been convicted of a DUI, then both for the safety of the public and as part of your punishment, while on probation, you couldn’t drink at all and then drive. Thus, if someone went out for a nice dinner, he or she would have to pass on the glass of wine unless someone else was driving.

At some point, though, most courts essentially figured, “skip that,” and imposed a total no drinking while on probation requirement. Nobody really objected to that because it seemed like a fair penalty for having been caught driving drunk. After all, if drinking isn’t a problem, then not drinking for a while shouldn’t be a problem, either, right?

As far as “testing” went, up until the early 90’s, even though it was called “random,” that was limited to the possibility that a person could be called into probation at any time to provide a breath or urine sample, although that seldom happened. In practice, if and when any testing was done, it typically took place when a person showed up to make his or her monthly probation report.

Around that time, “testing centers” came into existence. Almost overnight, the reality of “random” testing changed. Anyone ordered to test had to sign up at one of these places, be assigned a “color,” and call every morning to see what colors had to show up and test that day. A Judge could require a person to test at any interval at all, meaning 1 time a month, 3 times a month, 5 times a week, or even every day.

Almost as soon as the first one opened, testing centers started popping up all over the place, and “testing,” which used to be performed almost exclusively by probation officers, became an everyday, in-your-face reality, rather than a mere possibility. Testing centers are still widely used today.

Then, one day, a local Judge, presumably having heard about testing as a condition of bond being required somewhere else, decided to order it here. Instead of waiting to be put on probation to have to go and test, it was mandated that a person do so while his or her case was still pending. The motivating reason for imposing this condition was undoubtedly to protect the public.

Although the idea didn’t take off like a rocket at first, there was a steady increase in the use of the practice, and more local Judges began ordering “no drinking” as a condition of bond, and also that anyone on such a bond be required to test in order to prove compliance with that bond condition. Suddenly, people were being had to report to testing centers and provide breath and/or urine samples long before they had ever been convicted of anything. At the time, that seemed beyond radical.

Today, I can’t think of a local district court Judge who DOESN’T require a person to provide breath and/or urine samples while a DUI case is pending to prove that he or she is complying with bond conditions and is not drinking. This usually involves some combination of breath testing for alcohol and less frequent urine testing for drugs.

When it first started happening, testing as a condition of bond caused a stir among defense lawyers, but the writing was clearly on the wall. Over time, however, it became normalized and is now standard in all DUI and most other criminal cases, as well. Today, it is as accepted as no smoking in a restaurant.

Unfortunately, what was quickly revealed when all this testing started was that a whole swath of people who had been told to not drink while on bond were doing so anyway, at least until they knew that if they did, there was a good chance of getting caught. Even today, bond violations for drinking are very common, and as a Michigan DUI lawyer, handling such matters is a regular part of my practice.

The advent of testing centers changed the entire landscape and practice of testing, making it much more available, and is the primary reason why its use as a condition of bond became common. It is also why the frequency of testing while on probation has gone from “random” to regular (if not frequent).

A few years later, someone invented the in-home alcohol monitor that hooked up to a telephone landline. Instead of having to go to a testing center during its hours of operation to provide a sample, a person ordered to use one of these devices would get a call from the local Sheriff’s department, have to stand in front of the camera that was part of the machine, and blow until the breath test result was received. It wasn’t uncommon for a person to be called upon to do this at all hours of the day and night.

That was yesterday, though, and today, in the age of cellular communications, that kind of landline testing machines is as obsolete as a VCR, and it is common for people on bond or probation to be required to carry a little portable breath testing machine (often a Soberlink), and blow into it at specified intervals. The results are instantly transmitted to a monitoring center, and, except where a cell signal is hard to get, these devices are small, easy to use and generally reliable.

Nowadays, an order to not drink at all, following a DUI arrest, is a given for a person facing a DUI. The “no drinking” requirement is imposed as a condition of bond, and continued, although perhaps modified in terms of frequency of testing, as a term of one’s probation. Compliance is expected, and the failure to do so, even on a single occasion, will result in some kind of violation hearing. In other words, don’t drink when you’ve been ordered not to.

In fact, anyone who fails to abstain from alcohol, pursuant to a Judge’s order, is seen as having a problem, almost as if he or she has an irresistible compulsion to drink. Either that, or the person looks like they’re giving the finger to the Judge. Neither is a very good position in which to find one’s self.

The bottom line to all of this is that a person will be tested for alcohol and drugs while his or her case is pending, and will also have that testing continued, although perhaps with less frequency, as part of his or her probation.

Having been a DUI lawyer before any of the modern testing methods were used, and having seen them go from being a novelty to an everyday reality, I understand that we can’t live in the past, but that doesn’t mean a person should be sold out and just accept some kind of excessive testing regimen, either. Instead, by having a more complete historical perspective, I can protect my client by offering a credible argument for less, or as I’d describe it, more reasonable testing. Remember, in the context of a DUI, less is more…

Now, we can say we’ve completed our overview of testing in DUI cases, so we’ll leave off here and return, in part 3, to begin examining the central role of education, counseling, and treatment. Of course, we’ll examine this using the same standard that success in a DUI case is best measured by what does NOT happen to you.