In parts 1 and 2 of this article, we looked at the role of testing in a Tri-County area DUI case. Here, in part 3, we’re going to start exploring alcohol education, counseling, and testing, because at least one of these things is almost certain in every 1st offense DUI case, while either counseling or treatment is required in every 2nd and 3rd offense case. We’ll use the same standard – that success in a DUI case is best measured by what does NOT happen to you. 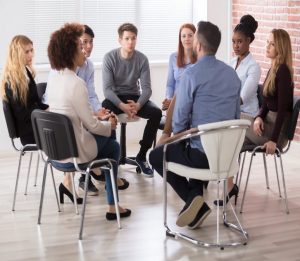 It was Benjamin Franklin gave us the sage advice that “an ounce of prevention is worth a pound of cure.” Sometimes, however, it seems the courts take that a bit too far. Like alcohol testing, the idea that it’s better to be safe rather than sorry is a given in DUI cases, meaning that, as a preventative measure, a person will have to complete some kind of education, counseling or treatment for almost every 1st offense DUI case, while counseling and/or treatment is a legal requirement for anyone convicted of a 2nd or 3rd offense.

The educational/rehabilitative part of the DUI process is so important and universal that it was one of the motivating factors for me to formalize my education in this area, and complete a post-graduate program of addiction studies. I firmly believe that this is one of the most “influenceable” features of DUI cases, and is, without a doubt, where lawyer with my special background can help a client the most, making sure he or she doesn’t get hammered with unnecessary (or the wrong kind of) counseling or treatment. Remember, in the context of a DUI, less is always more.

This can get deep, but our goal here is to keep it simple. As a result, I am going to skip over any analysis regarding the ultra-important and mandatory alcohol assessment test (also called a “PSI” or “screening”) required in every DUI. However, because the assessment is really the key to how things do turn out in a 1st offense cases, and of central importance in 2nd and 3rd offenses, I strongly urge the reader to click on the linked words in this section and make sure he or she gets an understanding of the screening process, and its critical role in the outcome of every DUI case.

For all there is to it, the goal of education, counseling and/or treatment in a DUI case is the same: to give someone the tools to avoid coming back as a repeat offender. Underlying this is the idea that, if a person has a problem with drinking, or is at risk to develop such a problem, there is help. However, if you strip away everything else, the help isn’t offered as much for the good of the person facing the OWI charge nearly as much as it is in order to “fix” him or her enough so that, for the good of society and the innocent people on the road, he or she won’t drive drunk again.

Here’s the big problem that we can’t escape: it has been repeatedly shown that DUI drivers, as a group, have a significantly higher incidence of alcohol problems than the population at large. It’s best to explain this with an example:

Assume you are instructed to go out and round up people for a study. You are told that you need to get 1000 people at random. It doesn’t matter where they come from (all from Michigan, all from California, 20 from each of the 50 states, half from the east of the Mississippi, the half from the west – whatever) or anything else EXCEPT that, whatever else, they must have a valid driver’s license. They’ll be called “Group A.”

Next, you are told to do the very same thing again, EXCEPT THAT, in addition to a valid driver’s license, each person is this second group of 1000 people must either have had, or currently going through a DUI. These folks will be called “Group B.”

What study after study has shown is that, no matter how you screen them, the people in “Group B” will always have a higher rate of drinking problems that those in “Group A.” In a way, it should come as a huge shock that DUI drivers do have more problems with alcohol, as a group, than drivers who have never had a DUI.

This means that when anyone charged with a DUI walks into court, he or she does so as a member of an at-risk group. This is automatic and unavoidable, and a large part of the reason for the existence of what I call the “alcohol bias” in the court system.

My goal, of course, is to prepare the client to undergo the screening so that he or she can avoid a recommendation for burdensome or unnecessary counseling or treatment, and to try and avoid any such remedial measures that just won’t work for him or her.

It is important to understand that education, counseling, and treatment are 3 very different things:

1.  Education is the simplest, most basic of the group, and is usually nothing more than a single class, or a few classes. “Education” does not presume that a person has a problem with alcohol, unlike either counseling or treatment.

2.  Although often used interchangeably, at least in the context of a DUI, counseling is a step up from education, but a step below treatment. Although what I’m about to say is very general and oversimplified, counseling essentially presumes that a person has a problem, but can talk his or her way through it.

3.  Treatment, which often uses counseling as one of its tools, presumes that a person has a significantly troubled relationship with alcohol, and usually involves approaching the problem with a multi-pronged approach. This can include AA, counseling, and even medication.

It has long been the standard that just about anyone convicted of any kind of DUI should at least be made to take some kind of class or classes in the hopes of providing some information and/or tools as a preventative/protective measure. As far as “education” goes, the thought is that everyone should get it, without wasting any time evaluating whether they need it or not. In fact, the idea is that, if you have picked up a DUI, you almost certainly do need it, and even if you don’t, oh well; that’s the price you pay…

By contrast, counseling and treatment essentially presuppose some kind of problem. And to be clear, a “problem” has nothing to do with how little a person may drink. In fact, if a person has only consumed alcohol a few times, but is facing his or her 2nd DUI, then drinking is a problem for them, regardless of how infrequently they indulge.

In the real world, the best outcome (and best, in this context, means “lenient”) in a 1st offense DUI case is to have to nothing more than attend something brief, like a single alcohol education class, a VIP (Victim Impact Panel), or an AHSP (Alcohol Highway Safety Program) class. Obviously, nobody wants to be ordered into demanding treatment, but we should certainly hope that when it recommended, it only happens to those people who really need it.

This is where my clinical training is invaluable and makes me a better DUI lawyer. While the idea is to keep a 1st offender from being required to do anything more than a simple (and hopefully single) class, 2nd and 3rd offenders must, by law, receive some kind of counseling and/or treatment.

The goal here should be to find the proper balance between too much “help” (overdoing it), and the kind of “help” that is a good fit for the person. Whatever else, it does little good to force someone who does much better in one-on-one settings into something like group therapy.

It does little good to just know about this, but not be able to do much about it. That’s why I bring a formal education in the development, diagnosis, and treatment of alcohol and substance abuse problems to the table.

By contrast, very few probation officers or Judges have any such training, yet the court process essentially puts them in a position to act as clinicians by giving them the responsibility to assess DUI drivers and decide what kind of educational or other remedial measures are best for each.

That’s not to say they aren’t well-meaning, or don’t get it right most of the time, but as non-clinicians, they rely entirely on written screening tests to asses and “diagnose” their probationers, and then refer them out to whatever kind of programs they know about. That last point is key, because the clinical understanding of recovery processes is constantly evolving. And make no mistake about it, even though there is a whole universe of treatment modalities out there, most courts are only familiar with a few, at best.

Like AA. Everybody knows about AA. As great a program as it is, however, it is NOT the right fit for everyone, and, in the long term, not for most people. Unfortunately, if you so much as to say to anyone that so-and-so is struggling with his or her drinking, it’s almost certain that they’ll mention AA. Courts love AA, but, in the real world, most people don’t.

I need to do a little set up to make my next point. When I was completing my post-graduate curriculum in addiction studies, I was the only lawyer in the program. To be clear, “post-graduate” means that a student already has a graduate (Master’s or Doctorate) degree. Imagine me sitting there among a group of mostly counselors and other “helping” professionals when the professor explained how it is an accepted fact that the criminal justice system is about a solid decade (10 years) behind current and modern treatment protocols.

It’s not that I was surprised, as much as a bit “offended,” at least at the moment. The lawyer part of me wanted to yell out something like “Hey, what makes you guys think you’re all so special?” but I knew that what has just been stated was a fact, like the earth is round and fire is hot.

Still, that moment is seared into my memory because it forced me to confront the reality that the court system, even with the best of intentions, really struggles to help those with alcohol and/or drug problems because it is neither properly educated nor equipped to do so. Of course, there are some Judges who really dive into this stuff, and a few probation officers with substance abuse treatment credentials, but those are the exceptions, rather than the rule.

This is not a knock against anyone’s integrity or intentions, but rather the reality that, just like police and corrections officers are often required to deal with mental health issues that would be best handled by professionals specific to that field, the court system has to deal with alcohol-related issues, make calls as to who has, who doesn’t have, and who is at risk to develop a drinking problem, and then figure out what to do about it.

We’ll break off here, and return in part 4 for our final section by wrapping up our survey of the role of education, counseling, and treatment in DUI cases.