In parts 1 and 2 of this article, we looked at testing in a Detroit-area DUI case. In part 3, we began an examination of the role of education, counseling or treatment in drunk driving cases. The term “education” was used to mean something simple, like a class, or a few classes, while “counseling” was defined as a step up from that, with “treatment” being the most involved of all measures, often involving multiple facets, and often including counseling among them. We’ll pick up where we left off, noting that, even though it is required to do so, the court system is ill-equipped to diagnose and treat alcohol problems. 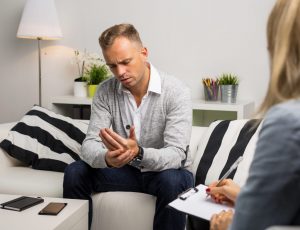 Two of the most important aspects of my job, and that of my team, is, on the one hand, to protect our clients from getting hammered with unnecessary counseling or treatment, while, on the other hand, making sure that any rehabilitative measures that are ordered match the needs of that particular client, at least to the extent possible within the system. Remember, we operate on the principle that success in a DUI case is best measured by what does NOT happen to you.

The idea of sending someone for the kind of help that is a good fit for him or her, as opposed to cramming them into something that just isn’t “right,” is a very important aspect of helping people, and is often overlooked, especially by the legal system. As many people as it has helped, AA is not the only program out there. One might think so, however, because many meetings are filled with people there to get their attendance sheets signed after having been forced to go by some Judge or other. That’s no good.

One of the most consequential developments in modern substance abuse treatment is the realization that what works for one person may not work for another, and vice-versa, and that people recover in all kinds of different ways. In other words, the whole notion of “different strokes for different folks” is genuinely valid, and stands diametrically opposed to any kind of “one-size-fits-all” approach.

Guess what kind of approach most courts use?

Here’s a hint: as I write this, there is a local, Detroit-area court that still requires all legal papers to be filed in person, or by mail, and will not accept anything by fax, much less by email, even though most courts moved past faxing long ago and now use electronic, or e-filing.

All sarcasm aside, this goes beyond wasting time and money by requiring someone to go for some kind of help that isn’t a good fit. At best, the result will be merely that; a waste of time and money.

However, it is also well known that sending someone who isn’t ready, or forcing him or her into something that isn’t a good fit, can drive him or her further into their addiction. The best example of this is trying to get someone with a drinking problem to go to AA when they don’t respond well to group or community support programs.

Doing that is kind of like treating an infection with the wrong anti-biotic. At best, nothing gets any worse and you’ve wasted time and resources. However, there is a danger that, left untreated, the infection could worsen and other problems could result from using the wrong medication.

This can get deep, but the takeaway here is that anyone going through a DUI should have somebody watching out of him or her, and making sure they don’t get taken for a ride, rather than paying some tool of a lawyer to stand there as that happens. As much as my team and I know about alcohol issues, and for all of our interest in the various treatment protocols, we NEVER fool ourselves that we are, in any sense of the word, clinicians.

The title “attorney and counselor at law” is often misinterpreted in this regard. Sure, a lawyer can be a legal counselor, but for any matter outside of his or her direct professional sphere, a lawyer should give good counsel, and refer the client to an appropriate professional, rather than play “counselor” of some sort.

In the context of an OWI case, or any case where an alcohol or drug issues are involved, the best thing a lawyer can do is help guide the client to a good clinician that can actually help him or her. This brings to mind something I noted about courts only being able to send people for treatment ti whatever programs they know about. The same thing applies to lawyers. Let me explain:

My team and I certainly have our favorite counselor, and this person, not surprisingly, is rather “holistic,” and tries to match each client with the kind of “help” that is, in fact, a good fit for him or her. Regrettably, some counselors are stuck on just one or two approaches. That’s old-school, and rather like going to a shoe store that only sells one or two brands. Beyond limiting, that lack of options can backfire, and result in a person being shuffled into the wrong kind of counseling or treatment.

Still, as much as we know we’re not the law firm for everyone, neither is any single counselor or clinic is the right choice for everyone, either. Although we have tremendous success with our primary counselor, we stand ready to make an alternative referral for someone, primarily based upon that counselor’s clinical approach, and why it seems a good match. Sometimes, though, it’s also a matter of geography. You can be the best at anything, but if you’re too far from someone, then it really doesn’t matter.

Accordingly, we provide good counsel to our clients in terms of making sure they wind up in the right hands. That said, we are never afraid to tell people what they need to hear, rather than what they want to hear. This is especially relevant in 2nd offense and 3rd offense DUI cases, when, no matter how much a person insists he or she doesn’t have a drinking problem, we have to make them understand that the law presumes as much, and help them fully comprehend the realities of their situation.

Although a bit off-topic, one of the greatest rewards of my practice is a heartfelt thank-you from a client, not just because we did a great legal job on his or her case, but because we took the time to listen, explain, and then help the person reevaluate his or her relationship with alcohol. Nothing else can really compare to the good feeling you get when you’ve positively impacted another human being’s life in that way.

As much as they are constrained by limited knowledge and resources, I can’t think of a single Judge who does not want to do the same thing. Thus, as DUI lawyers, our job is to work with the courts, not against them, to achieve that goal. This can sometimes look adversarial, but it’s not. Every Judge knows that the lawyer’s job is to make things as easy for the client as possible.

At the end of the day, no matter who you are, and with only the rarest of exceptions (and those are all but extinct nowadays), if you pick up a 1st offense DUI, you will, at a minimum, be ordered into some kind of alcohol education class or classes. If you don’t do as well as possible on the mandatory alcohol screening, you could wind up in counseling, or even treatment, instead.

If it’s your 2nd offense, the law requires that you at least be sent to counseling, although more intense treatment is certainly an option. When you’re facing a 3rd offense, treatment is more likely than just counseling.

No matter what your situation, however, the same standard applies: success in a DUI case is best measured by what does NOT happen to you.

With that, we come to the end of our journey. Our grand takeaway is that testing in a DUI case is a certainty, both as a condition of bond and as part of probation, and that, depending on whether he or she is facing a 1st, 2nd, or 3rd offense, there will be some kind of alcohol education, counseling or treatment. Our job, as  DUI lawyers, is to minimize as much of this as possible, and to prevent any client from getting jammed into unnecessary counseling or treatment, and to also make sure that whatever is ordered is a good fit for him or her.

If you are facing a DUI and looking to hire a lawyer, do your homework. Read around. See how lawyers explain things, and explain themselves. Look for a lawyer who is local. For a case here, in the Tri-County area, that means finding a lawyer in Metro-Detroit, not from the other side of the state. When you’re ready, start checking around.

All of our consultations are free, confidential, and, most important, done over the phone, right when you call. You can reach my office Monday through Friday, from 8:30 a.m. until 5:00 p.m., at 586-465-1980. It’s always best if you call us when you have a little time to speak. We are very friendly people who will be glad to answer your questions and explain things.