Where a person is arrested for a DUI is one of the most important aspects of the case. This is particularly true in the Metropolitan-Detroit area (meaning Wayne, Oakland, Macomb and surrounding counties) where our firm handles criminal and DUI cases. A drunk driving arrest with the very same facts can play out much differently depending on location. Some courts (and Judges) are just plain tougher than others. In fact, there are sometimes significant differences between different Judges in the very same court. 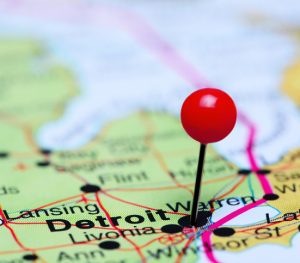 When it comes to DUI cases, we can place every court into 1 of 3 general categories: tough, lenient, or what I call “middle of the road.” There are more that fall in the middle rather than in either the tough or lenient categories. Within that larger middle group, there is quite a bit of variation. To be clear, this article will not “rank” any of the local courts. After all, any such ranking would ultimately be nothing more than my opinion (even though it would be based on 30-plus years of extensive experience.) Whatever else, that’s the kind of subject best discussed confidentially.

Instead, this article stick to the larger point that, in DUI cases, “where” is a dominant factor. Perhaps the most significant (and disappointing) thing about this is the reality that there is nothing that can be done about it. A DUI case happens where it happens. Nobody plans to go out and get arrested for drunk driving. In a very real way, every DUI is an accident of geography. For as true as that is, however, the simple fact is that, at least for the person facing the charge, some places are better than others.

While there is nothing that can be done about the location of a DUI case, there is a lot that the lawyer can do to make things better in any given place. First and foremost, the lawyer needs to be familiar with the court where it will be heard. I have long believed in hiring a lawyer who regularly gets to the court where a case is pending. This is why our firm concentrates its criminal and DUI practice in the courts of the Metro-Detroit area. My team and I know them, and we know how things work there.

In courts with multiple Judges, we know what makes each different from the other(s). That’s important. Often enough, a thing that will work in one court, or with one Judge, won’t fly in another. You don’t need your lawyer to be discovering that in your case. The best strategy for a DUI case can, and often does involve more than just challenging the evidence. It requires knowing how to work things out, and how to work the system – as it runs in a particular court.

Unlike our DUI practice, our firm’s driver’s license restoration practice is statewide. Since the Covid pandemic, the Michigan Secretary of State has been conducting all of its hearings remotely. This means that a license appeal in the Upper Peninsula, or Lansing, or Grand Rapids is the same as one in the Metro-Detroit area.

That stands in stark contrast to how DUI cases play out. Even in the areas where my team and I handle them, the various courts do things differently; sometimes, very differently. Knowing those differences allows us to formulate a proper defense strategy.

Sometimes, for example, the element of time can be helpful in a DUI case. Generally speaking, there is little to be gained from moving a case along quickly. Instead, it is usually better to slow things down.

Judges, of course, know this, and they also know that, if allowed, defense lawyers would just leave a case pending forever, until the arresting officer retired. Thus, the law sets time limits in DUI cases (technically, in Michigan, the term is “Operating While Intoxicated,” or “OWI” for short). Among the courts, there are various policies that control how they work within those time constraints.

Some Judges are pretty easygoing about this, at least within the limits of the law. Others – probably most – are fair, but want their dockets to move along without unnecessary delay. A few, however, want everything done yesterday. They run what lawyers often call a “rocket-docket.”

Assume that Bad Luck Brenda hires Larry the Lawyer for her DUI. Larry believes that slowing things down will be important, strategically speaking, to her case.

How is that supposed to work if it gets assigned to a “rocket-docket” Judge? It’s one thing if he knows that in advance, and can plan around it. However, it would be very unfortunate if Larry wasn’t aware of that in Brenda’s case because he agreed to represent her in a court that he doesn’t get to regularly.

The “time” strategy would then be useless, with Brenda having hired the wrong lawyer.

This really highlights both of our points: There is nothing the person can do about where he or she was arrested. Nobody plans their route to or from some destination thinking about the best and worst places to get arrested for a DUI.

However, the one thing a person can do is make sure that, whatever else, the lawyer he or she hires is familiar with the court where the case will be decided. Knowing the law is important, but so is understanding how things are done in a particular court. This involves knowing the personalities there, from the Judge(s) to the prosecutors.

No matter what, it’s just not a good idea to bring in some lawyer who has to use GPS to find the court and then meet your Judge for the first time.

No matter where a case is pending, the DUI lawyer’s first job is to obtain, and then carefully evaluate all of the evidence. He or she must fight what can be successfully challenged. That sounds great, but the simple truth is that, most often, there is no catastrophic police error that will get the whole case dismissed.

Absent getting the charge “knocked out,” the lawyer must then work within the DUI process and do what’s necessary to produce the best outcome. Part and parcel of that is knowing how to handle things in the specific court where the case is pending, and before the specific Judge who will be presiding over it.

Although this isn’t a deep subject, it is important. For the client, it’s more a matter of chance more than anything else. For the lawyer, it’s a matter of knowing how to make the best of the hand that’s dealt, and knowing when he or she isn’t equipped to do that..

If you’re facing a DUI charge and looking for a lawyer, be a savvy consumer and read around. Pay attention to how different lawyers break down and explain the Michigan DUI process, and how they explain their various approaches to it.

This blog is a great place to start. It is fully searchable and updated weekly. The DUI section has over 590 articles to-date, so the reader can find an answer to pretty much any question he or she could ever have.

Once you’ve done enough reading, start checking around. You can learn a lot by speaking with a live person. If your case is pending here, in the Metro-Detroit area of Wayne, Oakland, Macomb and the surrounding counties, give our office a ring as well.