As Michigan DUI lawyers, one of the things we frequently have to deal with are people who (understandably) “compare” their DUI to someone else’s. Often, we’ll hear things like “My friend got a DUI and he…” or “This person at work got a DUI and she…” This is usually followed by an explanation of what a great break or deal the other person got, or how bad things turned out for him or her. Of course, part and parcel of this is that people usually get a lot of things wrong as they explain another person’s drunk driving case. 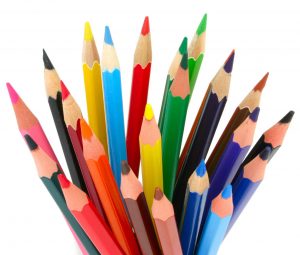 Although it essentially goes without saying, I’ll say it anyway: no 2 DUI cases are alike. It is, however, human nature to look for help and understanding in the similar experiences of others. We all do this, no matter what the problem. Personally, I’ve hopped online a million times and googled some problem I was having, looking for answers for everything from replacing a kitchen faucet hose to dealing with shoulder pain while bench pressing. Replacing the kitchen faucet hose is pretty much the same in all cases, assuming you have the right model. Having shoulder pain, however, just like getting a DUI, is different for every person.

To be sure, it is possible to learn some things about your situation by listening to the experience of others, but differences between any 2 cases can be anywhere from relatively minor to absolutely huge. This makes sense when you think about it, because even if 2 people are arrested at the same intersection, by the same police officer, and their cases will be heard by the same Judge, there are about a million things that can make them different enough to render either useless as the basis for measuring the likely outcome of the other.

Let me explain using an illustration. For our purposes, assume that both of the hypothetical DUI cases we’ll use for this example arose a week apart, near the intersection of Elm Street and Maple Street in the fictional city of Gotham (and no, I am not really a “Batman” fan, I just like the name). We’ll assume that both of our DUI driver’s were arrested by Officer Lookout Linda, and will appear before Judge Thurrow (that’s meant to sound like thorough) of the Gotham District Court:

Bad Luck Brenda was pulled over because the officer claims she was weaving. After being taken to the station, her breath test produced a result of .11. Brenda, who is a married mother of 2, has no prior criminal record, and has been employed at Acme Corporation for 14 years.

Tough Break Tony was also pulled over for swerving, according to the police report. At the station, his BAC measured .16. Tony has 2 prior convictions on his record, one for “Open Intox” conviction from about 5 years ago, and a MIP back from his teen years, about 12 years ago. He is divorced, and has been at his most recent job for just over 9 months.

To a DUI lawyer, these cases have little in common beyond their location. To most other people, though, the similarities seem much bigger than the differences. This goes to the point I want to make: while either Brenda or Tony would likely see the other’s case as a frame of reference for his or her own, what’s different and unique about each is so much more important than what they seem to have in common that looking to the other’s case for guidance would be misleading, at best.

In most local, Tri-County jurisdictions, Brenda’s BAC alone would NOT stand as an obstacle to a plea bargain, whereas there are some places where Tony’s lawyer will have to jump through hoops to negotiate any kind of plea deal just because of his BAC, which is not even enough for him to be charged with the more serious offense of High BAC (OWI with a BAC of 17 or greater).

Things get even worse for poor Tony, because he not only has a prior criminal record, but both of his convictions are alcohol-related. This brings me to another key point: there is always an interplay among all the facts and circumstances of any case.

Although there are almost limitless things that can affect a given case, the most important among them include what led up to the arrest, the person’s background, his or her BAC, whether they were cooperative with the police, their prior record, the location of the court, the prosecuting agency (and the particular prosecutor), the specific Judge to whom the case is assigned, and the probation officer handling the pre-sentence investigation.

If, for example, it was Brenda (and not Tony) who had the prior MIP and Open Intox convictions, given her lower BAC at the time of this incident and her otherwise stable background, negotiating a super good deal for her would probably be easier, at least in most jurisdictions. Tony’s elevated BAC, above and beyond everything else, makes that job a bit harder.

It’s also important to keep in mind that, in a DUI case, who you are as a person matters – a lot.

However, “who you are” also includes your prior record, or lack thereof. As I recently noted in another article, one universal truth is that the less of a record you have the better. In the real world, many people do have had some kind of prior incident in their lives, so the job of a good lawyer is to learn how to minimize and work around that.

Still, nothing beats a clean record, and, when that’s not exactly the case, it’s also true that it’s always better to have fewer things on it, rather than more.

Thus far we’ve done some comparison and contrasting of the cases for Bad Luck Brenda and Tough Break Tony. It’s easy to understand how everyone’s case is different when you’re talking about different people, but let’s take it one step further and examine how things would be different for either one of them, based upon the same facts, if either of their cases was brought in one location rather than another.

In other words, assume Bad Luck Brenda was pulled over for weaving in City #1, with all the same facts we used before (married, 2 kids, same job for 14 years, BAC of .11). City #1 is known as one of the “toughest” in the Tri-County area.

Next, assume the same facts, except Brenda was pulled over in Township #2, which is known to be one of the most lenient places in Suburban Detroit.

No matter what, Brenda (and Tony, along with everyone else) will always do better, meaning get more of a “break,” in Township #2 rather than in City #1.

Can you imagine Brenda, having been arrested in the more lenient Township #2 (but who doesn’t fully understand the role of location) calling around for a lawyer, and saying “My friend got a DUI last year, and she had the exact same BAC as me and had to do all this testing, take a bunch of classes, and got stuck on probation for 2 years.” What Brenda doesn’t know is that her friend got pounded just because her case was in City #1.

Even if Brenda’s case was in Place #3, which may not be as easygoing as Township #2, but is also nowhere near as “tough” as City #1, she’s going to have a much easier time that her poor friend, just because her friend was unlucky enough to have been arrested in City #1.

These are the big, easy and obvious issues. As I noted above, there is really a countless number of considerations that make each case unique, and endless ways that they interact with each other.

For example, there are some jurisdictions where a person facing a DUI with any prior alcohol-related convictions will be seen as automatically having a problem, while in other places, such a conclusion won’t be assumed, but the possibility will, instead, be carefully explored.

We could explore things like this forever, but there is one more variable worth pointing out: Some Judges have very different views about what constitutes a really high BAC. Objectively, we know that anything above .17 legally qualifies as “High BAC,” but beyond that, one Judge may, for example, consider a BAC result of .12 as not so bad, whereas another may describe it as being “one and a half times the legal limit.”

The point I’m driving at is that comparing one’s own DUI case to someone else’s can be very misleading. Sure, there are certain general takeaways from all cases, like the fact it is expensive, it sucks, and there are driver’s license restrictions, but beyond that, every case is different, for a million reasons, with each of those reasons being affected by all the other reasons. As we’ve seen, even the same case, brought in a different court, can turn out very differently.

The role of a good DUI lawyer is to have enough experience with these variables to be able to do some comparison and contrasting for you, and at least provide a barometer of how things will likely turn out in your case. This is one of the reasons that my team and I restrict our DUI work to the courts of Detroit-area courts Wayne, Oakland, and Macomb Counties (although we’ll do Lapeer, Livingston and St. Clair, as well). We know how things are done in each of these courts because we get to them regularly.

Whatever else, when you hire a lawyer, you should be paying for his or her experience with your kind of case, and in the court where it is pending – not his or her tuition to learn how it’s done there. In that regard, a good, honest lawyer may listen while you talk about someone else’s DUI, but will always make clear that every case is unique, and that you can’t measure what’s going to happen to you that way. In fact, if a lawyer DOESN’T pipe up that way, then you should run the other way.

If you are facing a DUI and are looking to hire a lawyer, do your homework and read around. See how lawyers spell things out and address your concerns in their writings. When you’ve done enough of that, start checking around. All of my consultations are free, confidential, and done over the phone, right when you call. My team and I are very friendly people who will be glad to explain things and answer your questions. You can reach our office Monday through Friday, from 8:30 a.m. until 5:00 p.m., at 586-465-1980.