Driving While License Suspended (DWLS) is one of the most common criminal charges you’ll find in the courts, particularly in the Metro-Detroit area of Wayne, Oakland and Macomb Counties.  In a very real way, these cases are also the easiest money-makers for the court system.  Because DWLS and DWLR (Driving While License Revoked) charges are misdemeanor criminal matters, they deserve to be taken seriously; certainly, the possibility of forever having a criminal conviction stuck on your record is worth the effort to avoid that in the first place.  From my perspective (I’m in court for up to 20 cases in a typical week, so I wind up handling a lot of suspended license cases), these matters are sometimes over-hyped by lawyers who use “fear based” marketing techniques, while other times overlooked by both lawyers and the public alike because actually going to jail is highly unlikely except for multiple, repeat offenders.  To that last point, there is one local court, however, where the chance going to jail for a DWLS is disproportionately higher than anywhere else.  What good is a rule, after all, without an exception?  At any rate, the main point I want to make in this article looks beyond jail, and has to do with the impact of a misdemeanor conviction upon a person’s record, and how a DWLS in particular can turn out to be a real pain. 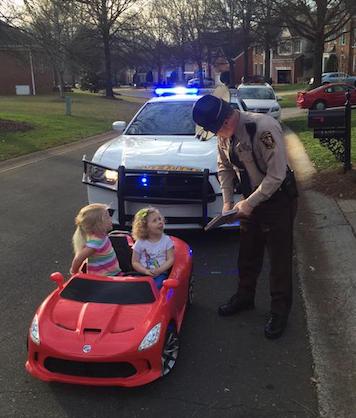 This really hits home when someone finds out he or she could likely have avoided a DWLS or DWLR conviction with a little good lawyering.  To be perfectly honest, a misdemeanor conviction for a suspended license charge is not likely to derail anyone’s career path, unless the person had ambitions to be an ambulance, limousine or school bus driver.  Even so, it seems foolish to allow one’s self to be put in the position to answer “yes” to a question on a job application or background investigation form that asks something like, “Have you ever been convicted of a criminal offense?”  This could also delay an application for a professional license, even though it would certainly not stand as an obstacle to ultimately obtaining it.  Because there’s any significant cost to hiring a good lawyer to keep your record clean, there really is no reason to not handle a DWLS case properly.

In many of my other suspended and revoked license articles on this blog, I note that there are really 2 kinds of people who wind up facing these charges: 1., Those whose license is suspended or revoked because a DUI conviction, and 2., everybody else.  Make no mistake, it’s always better to be part of the “everybody else” crowd.  When a person has his or her license suspended for failure to pay a ticket, it’s usually due to an oversight, or maybe the budget was tight for a while.  A DUI, however, carries certain consequences, including suspension or restriction of a person’s ability to drive, and when a person gets caught driving despite a suspension or revocation, it can be perceived as if he or she is giving the middle finger to the law.  For my part, I certainly know how to navigate around this perception and spare my client’s record, but it doesn’t take a rocket scientist to figure out that, as a starting point, driving on a license that has been suspended or revoked for drunk driving doesn’t look very good.

Often (but certainly not always), someone charged with a DWLS offense will have no prior record, and it seems a shame to blemish that clean slate with a driving misdemeanor.  Moreover, under Michigan law, a conviction for a driving crime can NEVER be removed or “expunged” from a person’s record.  It it, admittedly, rather absurd that a person can rob someone at gunpoint and not have that on his or her record, but for driving on a suspended license for something as minor as an unpaid ticket, there is no similar protection, but those are policy issues.  Here, we are dealing with what is, and not what should be.  For all the discussion we could have about that, the larger point is that anyone facing a suspended license charge would be well advised to be proactive and try and avoid a conviction in the first place.

Even though, as I noted above, a conviction for driving on a suspended or revoked license may not adversely affect or otherwise hinder a person in his or her career, it can become the kind of thing on a person’s driving record that always seems to haunt him or her.  The day before this article was written, I was meeting with a new driver’s license restoration client, and as I was reviewing her driving record, I found 2 suspended license convictions along with another for Failure to Display a Valid License, often called a “No-Ops.”  I was surprised that she hadn’t done better with these charges, meaning somehow managed to keep them off of her record, and could only wonder why.  I didn’t ask, but I did wonder, based upon the lack of any kind of deal, if she handled these on her own, without a lawyer, or just went with a court-appointed lawyer.  Although I will be able to work around them in her license appeal, she will have to explain these convictions that she may have otherwise been able to avoid (and therefore have not had to explain) precisely because they’re on  her record.

I think part of the problem here is that pretty much everyone figures that, if they get in trouble one time in their lives, it will certainly be the last.  However, as the saying goes, “$hit happens.”  Even if Little Miss Librarian winds up convicted of a traffic misdemeanor, who’s to say that she won’t get pulled over for something minor, like making a right turn on red when she didn’t see the sign?  When Officer Friendly runs her record, it’s not going to help that she has a criminal traffic conviction on it, and the simple fact is that she is far more likely to catch a break without such a blemish on her record  Even if Officer Friendly isn’t so friendly and writes her up anyway, then at least Suzie the Sympathetic Prosecutor is more likely to be persuaded to give her a break with a clean, or at least a cleaner, record.  Remember, DWLS, DWLR and even No Ops are all misdemeanor criminal convictions, and like a tattoo, once you get one, it’s there forever, and they have a way of multiplying.

At the end of the day, if a DWLS or DWLR charge is properly handled, you will almost always wind up saving money in terms of fines and costs, State of Michigan Driver Responsibility Fees, and on your insurance, as well.  In addition, you may be able to avoid having any kind of criminal conviction, thereby sparing both your criminal record (so you may not have one) and your driving record.  At the very least, these things can usually be substantially minimized to keep consequences and costs to a minimum.

If you’re facing a suspended or revoked license charge in the Greater Detroit-area and are looking to hire a lawyer, do your homework and read articles like this.  Check around.  When you’re ready, pick up the phone and call around.  You can find my office open and ready to help Monday through Friday, from 8:30 a.m. until 5:00 p.m, at 586-465-1980.  All consultations are done over the phone right when you call, making it as convenient and easy as possible to find out how what I can do to make your situation better.