As Michigan DUI lawyers, we completely understand the stress felt by people who suddenly find themselves facing a drunk driving charge. Nobody plans to get arrested for a DUI, so the whole situation always comes as a rather unpleasant surprise to everyone who does. Unfortunately, one thing my team and I also encounter is that because they feel so overwhelmed, many people will make rash decisions too soon (especially when it comes to hiring a lawyer), rather than taking the time to go about the whole DUI thing the right way. 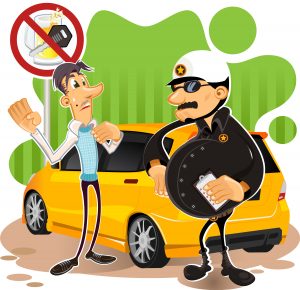 Of course, some people do try to be “logical” about how to best handle their DUI, and will take the time to do some research before jumping into anything. Others, however, can’t stop fretting over their situation, and act more reflexively. These rash actions can include deciding which lawyer to hire, but may also involve things like a person deciding to enroll in some kind of alcohol counseling, or starting to attend AA. If there’s one key lesson to be taken from this article, it’s that everyone facing a DUI should take their time and think things through before making any important decisions.

It’s natural that some people may feel a need to take action quickly following a DUI arrest, but that still doesn’t make it a good idea. The first thing a person should do after getting home and settling in a bit is to look for real information. To be clear, “real information” does NOT mean websites that focus on the all the scary-sounding risks and potential penalties that are theoretically possible in a DUI case. That’s fear-based marketing, and it should be ignored completely.

Instead, getting real information means learning how things actually work in the real world.

It goes without saying, but everyone’s first concern about facing a DUI is staying out of jail. While that’s understandable, the simple truth is that almost without exception, nobody goes to jail for a 1st offense case in the Metro-Detroit area, meaning the courts of Wayne, Oakland, Macomb, Lapeer, Livingston, St. Clair and Washtenaw Counties.

Most people don’t really know this, however, and that can be profitable for those lawyers who position themselves in the client’s mind as uniquely able to keep him or her out of jail.

Profitable, perhaps, but not moral.

Personally, I find the idea of taking someone’s money to save him or her from consequences that aren’t going to happen to be repugnant. I would certainly hope nobody ever does that to me when I’m in a position to not know better.

Remember the golden rule: Treat others as you would wish to be treated.

Using that kind of moral compass, a better lawyer will assuage the fears of a 1st offense DUI client by explaining to him or her that jail in unlikely in the first place, rather than play on those fears just to cash in on a payday.

This goes back to what I mean about looking for “real information.”

I’m sure I’m not the only lawyer who is truthful in this way. Regrettably, though, when someone is freaking out over an OWI (Operating While Intoxicated) charge, and the first thing on his or her mind is staying out of jail, they’re more susceptible to the almost endless marketing messages that focus on not getting locked up.

Instead of BS like that – wonderful promises (remember the old saying, “if it sounds too good to be true, it probably is”), loads of self-praise, and a never-ending stream of glowing testimonials – a person should look for clear explanations of the DUI process and the various steps involved in it, from his or her first contact with the police all the way through how things work in the court system.

To be sure, there are plenty of other consequences to be avoided in a DUI case, like losing the ability to drive, getting hammered with long, difficult probation, and being required to complete all kinds of expensive and time-consuming counseling or treatment.

Those things are WAY more likely in a 1st offense DUI case than being thrown in jail.

One subtle trick that is hidden in some of the better-written marketing hype occurs when the writer subtly asks questions of the reader, and then either doesn’t provide a direct answer, or answers in a way to create the impression that he or she has some kind of special knowledge that other lawyers don’t.

If a person comes away from an article or a website with more questions than clear answers, he or she isn’t learning anything; instead, they’re being “pitched.”

All of this, then, means that the first thing a person should do after a DUI is to take the time to look around, compare, and not rush into anything.

This is a problem we encounter all the time in our office. As much as we like to get hired, I would much rather that happen after a person has done some comparison shopping – something that everyone facing a DUI charge should do – rather than merely because we were the first to call back or otherwise respond to someone reaching out in a panicked state following a recent DUI arrest.

There have been times when, on a Monday morning, we’ve called someone back who had filled out one of our email contact forms on a Saturday or Sunday, only to find the person simply felt they couldn’t wait and rushed to hire some lawyer over the weekend.

Of course, a person is free to do whatever he or she wants, but when that happens, beyond knowing he or she hasn’t even heard our analysis of their case, I also know that his or her impatience means that they were in such a hurry to retain a lawyer, they undoubtedly didn’t take the time to really speak with or compare many others, either.

The point I’m trying to make here is that a person should absolutely take time and check around.

Anyone arrested on a Thursday or Friday for a DUI does NOT need to have hired a lawyer by Monday.

In fact, I’d strongly suggest that anyone getting a DUI over the weekend consider that his or her search for a lawyer to not even begin officially until the start of the business week.

There is simply nothing to be gained by shortcutting the selection process when it comes to looking for the best lawyer (meaning, in a very real way, the right lawyer) for a pending DUI case.

It’s hard to put this in a way that doesn’t sound condescending, but the fact is that, among the “better” class of lawyers, plenty do not handle calls or appointments after hours, or on weekends.

In our practice, for example, while I work 7 days per week, I use my after-hours and weekend time to handle administrative tasks, including legal research, both for existing cases and for the 2 new articles per week, like this one, that I write and publish on this blog.

That said, I always reply to after-hours or over the weekend emails and tell the person to contact us M-F, from 8:30 to 5:00, and also, that, if they’ve provided a phone number, we’ll give them a ring if we don’t hear from them first.

Whatever else, I sincerely hope the reader heeds my advice to take his or her time and do some conscientious comparison shopping as he or she looks for a lawyer. There is simply no good reason to NOT be a savvy consumer and do just that.

We’ve all heard the saying about “making a bad situation worse,” and deciding on anything too soon following a DUI arrest is a shortcut to exactly that.

Here’s how this can play out in real life:

Plenty of people wonder if getting into counseling or going to AA will help their DUI case in court.

Of course, there can be times when doing that can be helpful (particularly in repeat offense cases), but in most 1st offense DUI cases, such a decision can actually be counter-productive, and send a clear message to the court that the person thinks her or she has a serious problem and needs immediate help with his or her drinking.

The courts, for their part, will only be too happy to concur in this decision, and may very well require a person to keep going to counseling or AA meetings for an indefinite period of time.

This isn’t such a bad thing for someone who really does need the help, but it’s a nightmare for someone who thought that exploring these things would “look good,” only to find out that being required to sit in AA meetings for the next year or two, and having introduce themselves by name – “Hi, my name is —, and I’m an alcoholic” has become an unnecessary but required burden and time-suck in their lives.

That’s why it’s important to put some time into shopping for a DUI attorney. Any lawyer who thinks jumping into AA or counseling is a good idea, without first exploring the client’s drinking history and underlying concerns and questions, is out of his or her depths.

For my part, beyond merely being a lawyer, I bring a clinical education to the table, as well, and I use it in these situations. Having completed a formal, post-graduate program of addiction studies, I have a thorough understanding of the development, diagnosis and treatment of, and the recovery from alcohol and substance abuse problems.

Accordingly, I know that one of the worst things a person who DOESN’T have an alcohol problem can do is to start going to AA or counseling just to “look good.”

I don’t expect any other lawyer to have a clinical background, but I do expect them to have enough common sense to understand that any decision for the client to enroll in counseling or begin attending AA should be made when that’s actually the right thing for him or her to do for themselves as a person, not just too look good for their case.

If I haven’t been clear enough, then I’ll repeat myself yet again: when someone gets a DUI, the most important thing he or she can do is research.

Do NOT hurry or rush to hire a DUI lawyer, and run away as fast as you can from any lawyer who would ever suggest you do anything like that.

Similarly, DO NOT run headlong into counseling or treatment with any idea of making things “look good.”

Of course, if you genuinely want or think you could use any help with your relationship to alcohol, then by all means, get it, but don’t waste anyone’s time merely to try and gain some advantage in your DUI case.

If you’re facing a DUI charge, be a smart consumer and do your homework. Read how lawyers explain the DUI process and how they explain their approach to it. When you’ve done enough of that, start checking around. You can learn a lot by actually talking to a live person.

If your case is pending anywhere in the Greater-Detroit area (meaning anywhere in Wayne, Oakland, Macomb, Lapeer, Livingston, St. Clair or Washtenaw County), give us a ring, as well.