As Michigan driver’s license restoration attorneys, we deal with ignition interlock issues and violations every single day. In the previous article, we examined the frustration people feel when they encounter a violation due to a mechanical failure of the unit, or when testing positive for alcohol, even though they had not been drinking. In this article, we’re going to take a quick look at a situation that is almost always completely avoidable – a missed rolling retest – and what to do if or when it happens. 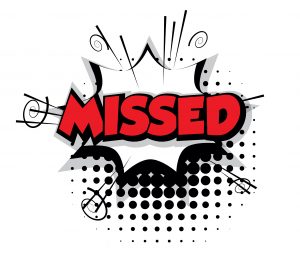 The Michigan Secretary of State makes it very clear that a person should NOT leave his or vehicle while it’s running. Here is the exact language included with every order granting a restricted license: “Never leave your vehicle running and unattended, even momentarily. If you fail to provide a timely rolling re-test for any reason, it is a major ignition interlock violation. Your original revocation/denial will be reinstated and you will lose your license.” No matter how you cut it, this directive is both clear and concise.

When a person does miss a test because he or she was outside the vehicle, they instinctively know they screwed up. What really sucks is that in almost every case, a test is missed by accident, and the person can promptly retest using his or her interlock unit, and provide a negative breath test result that leaves no doubt he or she didn’t consume any alcohol. Except that doesn’t matter. Although it’s frustrating, the simple fact is that the Secretary of State makes the rules, and missing a retest is a specified and clear violation of them.

Of course, what makes this all feel worse is that almost every missed test is, in fact, followed by a clean retest, and that seems to be at odds with the main goal of the interlock –  to detect alcohol and prevent someone from driving if they’ve been drinking. Thus, it’s natural to think that a single missed test shouldn’t be such a big deal. Unfortunately, it i. Let me use an analogy to help explain this more clearly:

Imagine Larry is hired at a local hotel as a lifeguard for the pool. The hotel manager explains to Larry that he is to either be in the big chair by the pool, or at least within the pool area, at all times during his shift, and that if he needs to go the bathroom or otherwise leave the area, even for a split second, he is to call the front desk and wait until someone comes to take his place.

One day, while reviewing security camera footage of the pool area for an unrelated reason, the hotel manager sees that Lifeguard Larry did, in fact, leave his post for about 3 minutes. The manager calls Larry in and shows him the video.

Larry explains that on that day, he had to make a quick run to the restroom, and that he knew there were few, if any guests the hotel, and nobody had been in the pool area all morning. He then goes on to point out that the video backs him up, and shows that nobody ever came into the pool area for the 3 minutes or so that he was gone, and that nobody even came in there for the rest of his entire shift.

The manager then goes on to explain to Larry that although the purpose of his being there is to save lives and protect people in the pool and pool ares, his job duties require him to either be in the lifeguard chair or the pool area at all times.

The fact that he left without having called the front desk and gotten someone else to watch the pool area while he stepped out is a violation of those obligations.

It’s all well and fine that nobody drowned or was injured in the pool area while Larry was gone for a few minutes, but that doesn’t excuse him leaving his post without having obtained substitute physical coverage, as required.

That’s the rule that Larry violated- the not being there like he was supposed to have been.

The manager may give him a break and merely warn him this one time, but he will also make clear to Larry the Lifeguard that if he wants this job, he has to follow the rules for it. If he doesn’t want to do so, fine, but then he ‘ll lose his employment as a result.

It’s pretty much the same thing if someone is put on a restricted license by the Michigan Secretary of State. The state can’t force anyone to do anything, but it can make compliance with the interlock requirements a condition of keep that restricted license, and can re-revoke all driving privileges if and when a person fails to do so.

In the course of our work, my team and I have heard, quite literally, hundreds of explanations and stories about why a person stepped out of his or her vehicle, and just about every one of them has been for some innocent reason.

In the real world, after a while, people get to “know” how the interlock works, and figure they’re okay to do something quick and innocent, like run back in the house for a second to get something that was forgotten, or to scrape a piece of ice off a side-view mirror in the winter.

Most of the time, they’re right.

Unfortunately, violations occur when people get it wrong, and that happens.

The simple truth is that there are a million unforeseen things that can happen. The examples I used above, about running back into the house or stepping outside to scrape some ice off a mirror are based on actual situations we’ve dealt with over the years :

When one of our clients ran back into the house to grab something he forget, he saw his empty orange juice glass on the counter. He went to put it in the sink, but somehow managed to drop it, causing it to break on the floor. Bending down to pick up the pieces of glass, he then managed to cut himself.

Distracted by this whole mess, he forgot about his car running in the garage, and by the time he went back outside, a short while later, he had missed a test.

Another client stepped outside of his vehicle and walked around to the passenger side-view mirror to clear a piece of ice, but slipped and fell behind his vehicle as he walked back, injuring himself enough to not be able to get back up and into it right away, thereby missing a retest.

I won both of these violation cases (and scores of others), but because they were missed rolling retests (even though, in the 2 examples provided, the vehicles weren’t “rolling” anywhere), they constituted major violations.

Accordingly, we had to conduct a formal hearing in those cases to overturn the re-revocation (“reinstatement of original action”) of the clients’ licenses.

What really stinks is that when this happens, a person will lose the ability to drive for a while until the hearing officer sets aside the violation after a hearing. There is no way to avoid the temporary loss of driving privileges for a missed rolling retest beyond simply not missing a rolling retest.

And that brings us right back to the starting point – do not EVER leave your vehicle, even for what you might think will just be a few seconds. This also applies to getting out of it once you’ve arrived at your destination and parked. The Secretary of State’s instructions also advise

Never exit your vehicle without first making sure that a rolling re-test has not been requested. Arrive at your destination, physically look at the ignition interlock device, and then turn off the ignition. You should look at the device again before exiting. Do not turn your vehicle off after a rolling re-test has been requested without providing a breath sample within the allotted five (5) minute time frame. Failure to provide a rolling re-test is a major violation. Your original revocation/denial will be reinstated and you will lose your license.

Of course, it’s quite likely that the reader is reading this article precisely because he or she has already missed a test, so the question then becomes, what are you going to do about it?

Here, the Secretary of State comes up short. In the order granting a restricted license, the SOS simply says that it is “advisable” to obtain an independent PBT (breath) or EtG (urine) test.

In fact, as I’ve already said (and will say again) the Secretary of State essentially EXPECTS that anyone who provides a positive for alcohol test result, or who misses a test, will obtain an independent test.

Many people figure this is not necessary because they were able to blow in the interlock and provide a clean test right away.

What if the camera on the interlock device malfunctions? What if it has been out of aim, or out of focus for a while, but you didn’t know? How are you going to prove that YOU provided a clean breath test if there is no corresponding picture?

Sometimes a test can be “missed” because the breath testing part of the interlock unit itself malfunctions, or something else goes wrong. We could spend all day examining this, but the simple fact is, problems do occur, and more often than the reader might imagine.

To put this another way – $hit happens.

Therefore, it is important to NEVER rely on the device itself to properly record its own malfunctions, and one should NEVER rely upon the interlock company to “help” out by making a note of any calls or complaints from one of its own clients.

For everything that can go wrong, either with the machine itself of the person’s use of it, when a test is missed, the simple way to protect yourself is to either promptly get a PBT test at a local police station, or, if that can’t be done, to get a timely EtG urine test.

Note that some hearing officers consider a “timely” EtG test to be one where a urine sample is provided within 12 hours of a failed or missed test.

Personally, I wouldn’t even wait that long.

Here’s the kicker: The worst thing that can happen if a person gets a timely PBT or EtG test is that it turns out to have not been necessary, meaning he or she is out a little time and a few bucks. That beats not being able to drive.

Thus, if anyone calls our office, we are emphatic in telling them to haul a$$ to get a test ASAP.

If the reader takes only 1 thing from this article, let it be this:

If you test positive for alcohol (assuming you were not drinking) or you otherwise miss a test, no matter what the reason, go and get a PBT or EtG test immediately.

If you are facing an ignition interlock violation in Michigan and are looking for a lawyer to help you get out of it, be a smart consumer, look around, and do your homework. Read how lawyers explain the license appeal process and things like interlock violations, as well as how they explain their approach to them.

When you’ve done enough of that, start checking around. Our practice can handle a violation no matter where you live. All of our consultations are free, confidential, and done over the phone, right when you call.