A lot of people mistakenly believe that a person can successfully fight a Michigan ignition interlock violation, and then also win back his or her full license at the same time. Unfortunately, that’s dead wrong, and not how driver’s license restoration cases work. In this article, we’re going to look at why that can’t happen, and why a person must first fight win any pending ignition interlock (BAIID) violation before he or she can ask for, much less win back driving privileges. 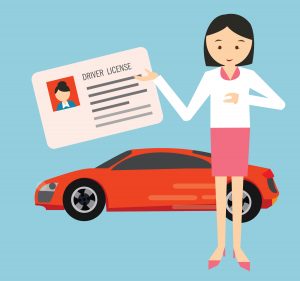 First, let’s clarify that the focus of this piece will only be upon people who have lost their drivers’ license for multiple DUI convictions and who must either file (and win), or who have already have filed and won a restoration appeal before the Michigan Secretary of State’s Office of Hearings and Administrative Oversight (OHAO). Our inquiry will NOT apply to anyone who is on a restricted license issued by a Sobriety Court,  or who must use an interlock as the result of a conviction for Operating While Intoxicated (OWI) with a BAC of .17 or more, an offense commonly called “High BAC.”

Anyone who wins a formal driver’s license restoration appeal will get a restricted license will issue requiring him or her to use an interlock device. When that happens, the person’s revocation is essentially “taken back,” meaning that the status of being revoked is changed, and restricted driving privileges are issued. This is important, and the fine points of the words used here really matter, because, as we’ll see shortly, if a person violates while on the interlock, his or her license status of “revoked” is reinstated.

This may sound a bit confusing now, but as we proceed, things will become clearer, and the reader will understand the language used here.

Let’s being with this: Assume that someone has filed and w0n a driver’s license restoration appeal with the Michigan Secretary of State, and is now on a restricted license. This means, of course, that he or she HAS a license (albeit one that is restricted), and that it requires him or her to use an ignition interlock device (also called a BAIID, or “Breath Alcohol Ignition Interlock Device).

When a person is put on a restricted license and required to use an interlock, he or she is not only given instructions about how to use the device, but is also informed that if he or she fails to follow them, then an ignition interlock violation will follow.

A violation triggers the re-revocation of a person’s license, meaning his or her restricted license is voided out.

A violation is automatic for anything like a missed or positive breath test while driving, 3 or more positive breath tests in a single monitoring period, or if a person has what’s called “Tamper/Circumvent,” which typically occurs when power to the device is cut off.

That most often occurs when the battery dies, but can also happen when mechanical work is done on the vehicle and there is any disruption of the power supply.

A quick history lesson here will be helpful to understand why a violation is such a big deal:

In years past, if a person was suspected of violating his or her restricted license in some way, like having failed to comply with the interlock use requirements, he or she would be sent a notice by the Secretary of State and informed of a violation hearing date where it would be determined whether or not he or she was responsible for the violation.

In other word, back in the day, if a person was suspected of violating his or her restricted license, they’d be called in for a hearing to explain what happened, and THEN it would be decided if he or she actually violated – or not.

That process changed some years ago: Now, if a person is even suspected of violating, he or she is sent a notice and informed they have 14 days to request a hearing, but that, in the meantime his or her license WILL BE revoked again.

Revoking someone’s license again is called a “reinstatement of original action,” meaning that the original action by the Michigan Secretary of State –  revoking his or her license for the DUII’s – is reinstated.

Another way to say this is that a person gets “re-revoked.”

Remember, driving is a privilege, and a restricted license is basically granted on a probationary basis. What the state giveth, the state can taketh away….

This, by the way, is one reason why a person should NOT wait to get off the interlock.

Thus, by the time a person actually appears for an ignition interlock violation hearing, his or her driver’s license will have already been revoked again. As noted, the Secretary of State calls this the “reinstatement of original action.”

This means, then, that he or she will have lost the ability to drive before the hearing.

What the hearing officer must decide at that hearing is whether the person did, in fact, violate (i.e, drink, fail to test, or otherwise “Tamper/Circumvent” the interlock device), and whether or not to re-issue his or her restricted license.

A full license can ONLY be considered after a person has put in the minimum of 12 months on the restricted license with an interlock and has filed the appropriate paperwork, including a “final report” from his or her interlock company.

When a person has a violation hearing, the hearing officer is focused solely on the specifics of the alleged violation, and determining whether he or she did, in fact, consume alcohol, or otherwise fail to comply with the rules regarding interlock use.

In order to be considered for a “full” license, a person must, at the time of his or her hearing, already have a restricted license.

Anyone going in for a violation does NOT have any kind of license; it’s revoked. This makes it impossible for a hearing officer to just “award” a full license, even if he or she finds that the person didn’t violate. The only relief available through an interlock violation hearing is to give back the person’s restricted license.

As we’ve noted, a “full” license can only be granted to someone who currently has a restricted license. This leaves out anyone who shows up, already revoked, for an interlock violation.

Of course, there’s always an exception, or at least something that appears like one, so we’ll look at it here, because by doing so, the whole point of this article will become clearer:

Once in a blue moon, our firm will file a case requesting a full license for someone who is already on a restricted license. As part of that, my team and I will file all the required paperwork, including a final BAIID report. This means, of course, that the person will have been on the interlock for at least 12 months.

Then – after we have filed, but before the time of the person’s hearing for his or her full license – something goes wrong, and he or she winds up getting an ignition interlock violation.

In cases like this, where a person has already filed for his or her “full” appeal, and thereafter gets violated, we can at least ask the Secretary of State to have the violation heard at the same time as the hearing for his or her full license.

The state (meaning the Secretary of State, or even the hearing officer) can, of course, say “no.”

In some cases, though, a hearing officer might agree to consider being open to taking testimony on both matters, but is also likely to indicate that, depending on how things go with the violation hearing, which must be heard first, he or she may decide to NOT to do that, and may just end the hearing after proofs on the violation matter have been presented.

Tipsy Tina was on the interlock for well over a year, and around month 14, she files a request, with a perfect interlock final report, for her full license.

About a week after she does that, she blows into the device while driving, and alcohol is detected (her BAC registers .32).

Shortly thereafter, and before she has ever been given a hearing date for her full license, Tina is notified of her violation. She timely requests a hearing for that, and also asks her full appeal can be heard at the same time.

Luckily, things work in her favor, and the hearing officer agrees that, depending on how things go regarding her violation, he will at least consider allowing Tina to present evidence for her full appeal.

Version 1 – Tina goes in, and is able to prove that she wasn’t drinking, and that the device malfunctioned. Within minutes of the errant reading on her interlock, she drove straight to a police station and took a breath test there, showing she was alcohol-free. Then, she called the interlock company, and they had her come in to swap out the handset of her unit.

In this case, after hearing her explanation for the violation, the hearing officer agrees to allow Tina to present her proofs for her full license.

Version 2 – Tina testifies that the only explanation for her positive BAC test result is that she was at a party and drank some punch which she assumed didn’t have alcohol in it, and although she can’t remember tasting any, she must have been mistaken.

It shouldn’t come as a surprise that, in version 2, it’s is 100% certain that the hearing officer will conclude that Tina is in violation, and that the reinstatement of original action, meaning the revocation (re-revocation) of her license will stand.

The thing that’s most important about the Tipsy Tina example is that something like it might occur in every 1 out of 400 cases. Because our firm handles over 200 license matters each year, we have dealt with this issue a number times, but most lawyers are unlikely to ever see it once in their careers, let alone be familiar with it.

For just about everyone, though, meaning anyone who hasn’t already filed for a full license, a pending ignition interlock violation stands as a complete bar to any request for restoration of full driving privileges.

Put simply, if you receive notice of an ignition interlock violation and you haven’t already filed for a full license, then, legally speaking, there is absolutely NO chance you can even be considered for restoration of full driving privileges.

If you are looking to hire a lawyer to help you win back your driving privileges, clear a Michigan hold on your driving record so that you can obtain a license in another state, or are facing an ignition interlock violation, be a wise consumer, read around, and compare lawyers.

Pay attention to how different attorneys explain the license appeal process, and how they explain their various approaches to it.

All of our firm’s consultations are free, confidential, and done over the phone, right when you call. My team and I are very friendly people who will be glad to answer your questions, explain things, and even compare notes with anything some other lawyer has told you.