This will be a short and sweet article that focuses specifically ignition interlock retest violations. Ignition interlock violations are a nightmare reality for many people who have previously won the restoration of their Michigan driver’s license through the Secretary of State. I’ve been writing about these violations for years, often pointing out that I’m seeing more and more of them, and that steady stream hasn’t stopped. In fact, of the more than 250 of license appeals clients that come to my office each year, at least 1 new case every week presents with an interlock violation. In many of my other articles, I have taken a broader look at the more common kinds of interlock violations. Here, we’ll confine our examination to skipped rolling retests and failed rolling retests. I will take the same approach in future installments and put up separate installments concentrating specifically on one of the other sorts of violations that occur most frequently in the real world. 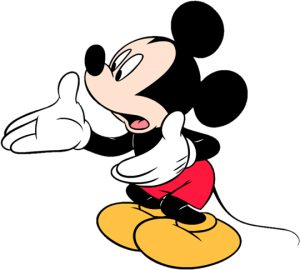 At its simplest, a skipped retest is a missed blow, and a failed retest is a blow that detects alcohol. It has been my overwhelming experience that when either of these violations are charged against someone who has previously won the restoration of his or her license, the person has not been drinking. In fact, I cannot recall a single case where a person has actually decided to skip a test after starting the car because he or she had been drinking, or where a person had decided to start drinking while driving the car (and providing random breath samples). Yet for as unfair as all this can be, the bottom line is that if you’re facing one of these violations, you’ve been informed by the Secretary of State that your license is going to be revoked all over again (they call, somewhat confusingly, this a “reinstatement of original action”) and that the only thing you can do about it is file a TIMELY request for a hearing to prove you should get it back.

It’s no small clue that, given how the state summarily yanks your license once your interlock company provided mere notice of an alleged violation, these matters are taken very seriously. When you fail or miss a rolling retest, the initial conclusion reached is that you did so because you had consumed alcohol; that’s why your license is being taken away. In the case of a failed rolling retest, you have the burden of proving that the positive test result was erroneous, and that you weren’t drinking. Key here is that you are required to “prove” this, and not merely show up to protest your innocence. For its part, the state really does go out of its way explaining how to avoid a violation in the first place, and what to do if there is a slip-up, so it expects more than just a mere, “sorry; won’t happen again” at a violation hearing.

Within every order that initially grants a license appeal is a section about proper ignition interlock use. It’s looks kind of boring, and in a certain way is like the “troubleshooting” section of a user’s manual, so many people skip over it. That’s not good. Beyond advising how to avoid an interlock violation in the first place (in terms of failed or skipped rolling retests, the reader is specifically admonished to NEVER leave the vehicle unattended, even for a moment, and to not eat or drink anything for at least 15 minutes prior to operating the interlock unit, along with also avoiding products that contain alcohol, like mouthwash, hand sanitizer and even perfumes), there are clear instructions about obtaining a PBT breath or EtG urine test promptly after missing a test or providing a positive result. These instructions are very helpful, but only when they’re followed. If you’re learning about them now, or you found them only after you received notice of your violation, then you have become a living example of the saying, “a day late and a dollar short,” and that means you starting with a disadvantage.

To be clear, it’s not like getting a PBT breath or EtG urine test is, by itself, enough to overcome a violation. In the case of a skipped rolling retest, for example, the state does, of course, want to make sure you weren’t drinking, but the violation itself is for missing the test. Even proving that you weren’t drinking doesn’t address the issue of missing the test. Consider this analogy:

Assume that Larry is hired to be a lifeguard at a hotel swimming pool. When Larry takes the job, he is told that he is never to leave his station during work hours, but if he must, even for a bathroom break, he is to call the manager and wait for him or her to come into the pool area before he can step out. One day, the manager is reviewing security camera video and discovers that Larry had left the pool area for about 5 minutes. Larry is called in, and explains that he really had to pee, there was no one in the pool, or even the pool area, and the hotel seemed almost entirely vacant, anyway. He points out that there were no accidents, no one drowned, and, indeed, nobody even came into the pool area during his shift.

His boss responds that Larry the lifeguard is paid to BE In the pool area, not just rescue anyone in trouble, and while it’s great that no one died, or was injured, that’s not the point. The whole point is for Larry to be there, period. It’s the same thing with a missed breath test. The “deal” between a person on an interlock and the Secretary of State is that you will provide a breath sample when the machine requests it, or at least within 5 minutes of the request. That’s not 5 minutes an 2 seconds – it’s within 5 minutes. At 5 minutes and 1 second, you’ve violated and failed to meet your obligation. The fact that you can thereafter prove you weren’t drinking is all well and fine, but it does nothing to negate fact they you missed the test.

Believe me, I’m on your side, and I truly understand how difficult all this is, and how finicky these devices can be. My job is to go in and get your license back, but I also have to play diplomat here and explain the state’s side of things to my client, as well. If being late by few seconds could slide, then what about a few minutes? What if someone started the car, was able to skip tests all day, and then went and got an EtG test that evening proving he or she didn’t drink at all that day? Pretty soon, you could slide your way right out of an interlock at all. It doesn’t work that way; if you want to get your full license back, you have to play by the state’s rules. As a citizen, you are forced to pay taxes, but you are not forced to do any of this interlock stuff; it’s just that if your license had been revoked for multiple DUI’s, you won’t win it back unless and until you do. And as inconvenient as all this may be, most people do complete a year (and even much longer) on the interlock without any violations.

In other words, while violations are common, they are still the exception, and not the rule.

In the real world, skipped tests are most often due to someone either being outside of the vehicle when the notice to test goes off (remember, the notice of interlock use strongly warns against this), or, sometimes as the result of a mechanical problem with the interlock unit. If all this isn’t bad enough, I’ve handled plenty of violations where the “fault” was, in fact, due to the interlock unit not working properly. As I’ve noted before, I’ve never seen anyone who was driving along, doing just fine, and then decided to start consuming alcohol and disregarding the beeps and lights of their unit.

Positive tests are a bit more complicated. Depending on the reason for the positive results, proof that a person wasn’t drinking can sometimes be found just by examining at the BAC readings and how the levels decrease over a certain period of time. By the way, no matter how clearly errant those readings may be, it is still advised and better to either go to a police station and get a PBT breath test, or to get a timely EtG test. “Timely,” in this setting is by the end of the day of the positive test. While eating before or while driving, or using mouthwash or hand sanitizer or perfume are common and, in many cases, genuine explanations for a failed reading, they are NOT excuses, especially in light of the clear instructions, contained in the notice of interlock use that accompanies every winning decision, to specifically avoid those things.

For me, knowing how to approach these things is almost a matter of instinct. There are really 2 parts to this: first, knowing how to generally prepare for a violation hearing depending on the facts of the case, and second, how to prepare for the specific hearing officer assigned to decide it. There is a lot to all this, and some of it varies from case to case. When I meet with a violation client, it will take at least an hour to go over this, and we’ll still have a “prep” session later, before the actual hearing itself. As in all things, preparation is one of the keys to success.

For all the frustration a person may feel, you’ve come this far, so don’t let your full license, now within reach, slip away, especially in a missed or failed retest situation where you were not drinking anyway. I should be clear about one thing, however. As much as I’m in business to make money, if your violation occurred because you really were drinking, I’m not interested in your case. I put my heart and soul into helping people who need and deserve it, not helping someone scam the system or otherwise misrepresent things. Although that has never been an issue in any failed or skipped test violation cases I have ever handled, I’m not about to start trying to put one over on the state. I work everyday to maintain a reputation as a good and honest lawyer. My integrity is not for sale.

If you’re facing an ignition interlock violation, I know what to do. I can handle your case no matter where in the state you may live. All of my consultations are confidential and done over the phone, right when you call. You can reach my office Monday through Friday, from 8:30 a.m. until 5:00 p.m., at 586-465-1980. We’re here to help.