The Michigan Secretary of State (SOS) has been getting tougher on ignition interlock violation cases over the last several years. This is actually, real-world true, and not some exaggeration or mere throw-away line. In point of fact, the SOS has been become increasingly less tolerant of any failure to comply with the terms of a restricted license and/or to properly use an ignition interlock unit. To be sure, nothing is worse than drinking alcohol, but even being able to prove you did not is not enough to win a violation in many cases. In this article, I want to focus in on how violations and other “problems,” not charged as actual violations (and that don’t involve drinking), can still cause you to lose your license. 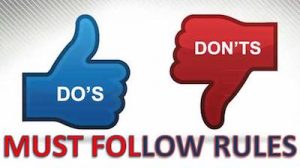 A recent experience I had at a violation hearing serves as an excellent example to illustrate my point. My client, for whom I had originally won a license, was violated for missing several rolling retests (meaning that when his interlock unit requested a breath test he didn’t provide one) and for what is called “tamper/circumvent” (because the unit recorded that he had disconnected the interlock handset several times). Although he was  able to clear himself for both of those things, his revocation was upheld because, although not part of his formal violation, he also broke some other rules regarding his restricted license. This really gets to the point I’m trying to make here.

The interlock rules provide that if you miss even one rolling retest, it automatically causes a violation; same with disconnecting the handset, or really any part of the interlock device. A violation is a big deal, and begins with having your license revoked all over again. A notice is sent in the mail and you are informed that if you want to try and get your license back, you must file a written request for a hearing within 14 days, or else the re-revocation (this is technically called a “reinstatement of original action”) remains permanent. The interlock unit, of course, is ordered along with a restricted license, and there are rules governing what you can, cannot and must do regarding both the ignition interlock uint and the restricted license. Important rules. It’s a pretty big clue, for example, that it’s called a “restricted license,” because there are restrictions.

At his interlock violation hearing we were able to establish that my client’s interlock unit requested a retest after he had shut the car off. Technically, you’re supposed to wait a bit after you shut off the ignition, but in his case, it was obvious that he had started the car with a clear breath sample, driven with a clear breath sample, then arrived at his destination, shut the car off, and, while exiting the vehicle, did not hear or see the device request a breath test. It wouldn’t make sense that he suddenly starting drinking alcohol as he was getting out of the car. Moreover, he got back in the car soon thereafter, providing another negative breath sample to get it started.

In addition, he had begun experiencing trouble with his unit shortly after it was installed, and wound up having to take it in for a repair, which, in his case, required replacing the handset. The technician noted that the handset was faulty, and that the disconnection readings were not my client’s fault. At that point, it seemed like we had sailed through the violation with flying colors.

Then the hearing officer asked my client if he had ever driven outside of his restricted times. My client acknowledged that, yes, he had in fact done so, as he put it, “a few times.” The hearing officer’s eyes grew wide – very wide – and then he responded. He started rattling some of the many times my client had driven outside of his restrictions. He got to a point where he was clearly exasperated, because, as he noted, my client was just driving whenever he wanted to, and without any regard whatsoever to his restrictions, and, clearly having seen enough, announced that he was upholding the reinstatement of my client’s revocation (re-revocation) because the guy was obviously not following the rules.

Fast forward a few minutes later, to me standing with my client outside, and, although disappointed, he understood why the hearing officer upheld his re-revocation. In fact, he shrugged and said, “I did the crime….” The simple fact is my client lost his license all over again, not because he drank, but because he disregarded his license restrictions. To be fair to the hearing officer, this guy had driven without any regard for his restrictions whatsoever, which really amounts to him having shot himself in the foot.

In recent years, the Secretary of State has not only gotten “tougher” on violations, it has gotten smarter. Now, almost everything is available on computer, and a hearing officer can access the entire history of a person’s time on the interlock. Since back in 2016, all interlock units must include a camera, so when accessing the activity logs online, the hearing officer can see who was driving every time the car moved and who was providing the breath samples. In the case I just discussed, the hearing officer could clearly see that the car had been driven outside of the times permitted on the restricted license and could also see that my client was driving it.

It seems simple, but some people either ignore or overlook this until they find out the hard way: when you get a restricted license, it is “restricted” to certain times and/or for certain, specified purposes. Also, when you have an ignition interlock, it is EXPECTED that you understand how finicky the device can be, and do whatever is necessary to comply with the rules while on it. In other words, in a perfect world, once you shut the vehicle off, for example, the machine should not ask for a test. However, we don’t live in a perfect world, so the state, in its orders granting restricted licenses, includes a section about proper ignition interlock use. It specifically states, in that section, that a person should do certain things, and not do other things, in order to make sure there are no problems with the interlock, and to help clarify things when there are.

The simple truth is that there will almost always will be problems with the interlock, so the notice also provides instructions about what to do when they arise.  Not every problem is huge, but rare is the case where everything goes perfectly. If a person gets a positive alcohol reading, for example, he or she is supposed to promptly go to a police station and get a PBT breath test, or, if not, then before the end of the day, go and get an EtG urine test. Lots of people get alcohol readings, although, at least among my clients, most of them are errant, and NOT the result of drinking. Plenty of these people (including, unfortunately, my clients) just figure that since the test was wrong, and they weren’t drinking in the first place, they’ll be okay. It doesn’t work like that; a person is supposed to follow the instructions and rules provided and get a timely PBT or EtG test.

Obviously, the biggest thing is to not drink alcohol. The whole point of all this interlock stuff is to make sure a person no longer drinks, and, of course, does not drink and drive. If someone is determined to f— around, however, and thinks he or she can manage to drink and then be clean enough to pass breath tests on the interlock later on, he or she shouldn’t get mad if and when that backfires. Look, if you’ve lost your license for multiple DUI’s, then gotten it back on the promise that you are done drinking for good, only to go back out and drink, you’ve got a real problem. I remember an older man once saying to me, about people in AA, “remember, you’re best thinking got you here.”

Here is how this becomes a problem in violation cases: assume someone is violated for something, like a tamper/circumvent, because, for example, the battery died on their car, and they can explain their way out of it, or they skipped a rolling retest, but had provided a clean sample minutes before, and then provided another clean sample a few minutes later, so they can get out of that. However, when they show up for their violation hearing, they get confronted with other situations that they can’t explain, like driving all the time outside of their restrictions, or having positive alcohol results that were not major violations. These things really wouldn’t have been problems if he or she had followed the rules

Therefore, the simple way around all this is to follow the rules, don’t drink, and do exactly what the state instructs if and when things do go sideways. Here we circle back to that idea of “best thinking,” because if a person disputes a violation with clear evidence that he or she is not responsible for it, but has otherwise been screwing around while on the interlock and restricted license, it will all come out. This is different than how it used to be because of the speed and accuracy of the technology now being used, so either follow the rules and don’t drink, or be ready for an unpleasant surprise when you show up for your next hearing, violation or otherwise.

To be sure, there are plenty of people who do comply with everything, or who are at least trying hard to do so, and who run into problems. I want to help those people, and I usually can. Yet for as much as I’m in business to make money, I really have no interest in taking a case for anyone who has been drinking on the sly, even if the specific violation at issue, alcohol-related or not, can be explained away. As I’ve tried to make clear, the hearing officers have unprecedented access to information and, by and large, will be able to figure out if someone is still drinking or is just disregarding the rules of his or her restricted license, even if he or she is innocent of the incident that is the basis for the violation itself.

The bottom line is don’t screw around. If you do, then don’t be surprised when you get found out, because that’s kind of the whole point of the restricted license and ignition interlock thing in the first place.

If you’re facing a Secretary of State ignition interlock violation anywhere in Michigan, I can help. If you’re looking to hire a lawyer, be a good consumer, read around, and then check around. When you’re ready to talk, call my office. All of my consultations are done over the phone, right when you call. You can reach us Monday through Friday, from 8:30 a.m. until 5:00 p.m. at 586-465-1980. We’re here to help.