The worst part about any article examining ignition interlock violations is that by the time you start looking for information about them, it’s almost always because you’ve already had a problem. In other words, the idea of telling someone how to avoid a problem, or what to do right after a failed or missed breath test is kind of a moot point since the usual reason they’re searching online is that they’ve already received notice of an interlock violation. By that time, it’s way too late for any kind of breath or urine test. 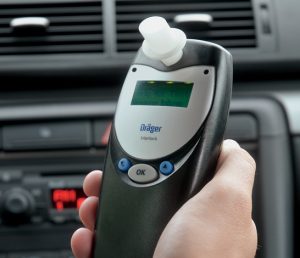 Although a bit off-topic for this piece, it’s worth pointing out that there are things that can be done, at least sometimes, to prove you weren’t drinking, even up to 90 days after providing a positive breath sample. There is always some analysis required to determine whether any such test is worth trying, but the larger point is that if you’re violated for or have false positive test results, and even if it’s up to 12 weeks later, you’re not necessarily dead in the water in terms of being able to get some exculpatory evidence.

As complex as all of this can be, there is a fairly simple, but ugly reality to it: most violations are caused by NOT following the Michigan Secretary of State’s instructions regarding ignition interlock use, and/or what to do if you fail or miss a test. The state is rather clear about how not to fail or miss a test, and if that does happen, it directs the person to promptly go to a police station and get a PBT (breath) test, or, if that’s not possible, get an EtG urine test within 24 hours, and preferably by the end of the day the problem occurred.

Although it doesn’t matter to anyone who is facing an interlock violation, it would, seriously, make a lot more sense if the Secretary of State put the notice of proper interlock use instructions on the very front of the order granting the appeal, and noted, in big letters, “READ THIS FIRST.” Although it is, legally speaking, your obligation to read and understand everything in the order granting your license appeal, the reality is that almost nobody ever does.

For example, I have been a licensed attorney for nearly 30 years, and have been part of a number of personal real estate transactions in that time. I know that I should read every word in the documents presented at closing, and that, by signing them, I am contractually binding myself to whatever terms they contain, but, like every normal human being, I let the closing person tell me what they say, even though I have the skills to understand every last term in them.

Personally, I think the Secretary of State should take this reality into account and structure the order so that the notice of interlock use is almost impossible to ignore, and if a person does skip reading it, he or she will literally have to actively do so, and therefore understand how they’re ignoring their responsibilities and the risks they’re assuming by doing that.

This seems all the more obvious, given that the Secretary of State has to deal with interlock violations multiple times every day, most of which could have been avoided if a person had followed the interlock instructions, and almost all of which could at least be cleared up at the hearing if the person had at least followed through with getting an EtG or PBT test after a failed or missed test, as the instructions make clear.

As much as I think making the instructions the first thing a person sees is really a matter of common sense, the state is unlikely to change the way it does things, and, as the old saying goes, “it is what it is.”

There’s another old saying that, “When it rains, it pours,” and that’s certainly true in interlock violations, just as it is in every other area of life. I had a fairly recent case where a client, having been violated for failing 3 startup test in a single monitoring period, was NOT able to rinse his mouth with water (as the state’s instructs) because he had just undergone oral surgery and was required to use a special rinse that was NOT to be subsequently diluted with water.

The first time he failed a startup, the guy went back into the house and waited a few hours to try again. The state’s instructions indicate that a person should rinse his or her mouth and stay with the vehicle until his or her breath alcohol level drops and it starts. This presumes, of course, that the result is errant, or caused by “environmental” alcohol, and NOT the result of the consumption of beverage alcohol.

Because his next passing sample was hours later, he had no way to prove that the first failed test wasn’t caused by drinking.

Skipping over the details, the next time this happened, the poor guy then had to exit his vehicle for certain reasons, but did take a timely re-test (and passed) while leaning into the vehicle in a way he figured would be far enough to be seen by the interlock unit’s camera.

Except he didn’t, and there was no picture of whoever provided the subsequent passing breath sample.

The 3rd time this happened, for some reason or reasons unknown, the camera malfunctioned, and the subsequent passing test was accompanied by a blanked-out picture. True, that shouldn’t have happened, but it did.

As a result, he could not prove who was responsible for blowing into the device and providing the 2 subsequent, passing samples. Things would have been a lot better if that wouldn’t have been the case, and at least one, if not both of the retests showed him blowing into the machine.

This is why the Secretary of State is so fixated on a person getting a PBT or EtG test after any failed or missed test.

In my client’s case, this turned out to be his biggest problem. He did not have an adequate answer when the hearing officer asked why he did not follow the instructions in his order to either promptly go to a police station and get a PBT test, or at least get an EtG urine test within 24 hours. He admitted that he should have read and understood his order, but that he didn’t take any of the follow-up steps suggested in it.

My first hope is that if, by chance, somebody reads this before it’s too late, he or she should go and get a PBT test, or at least an EtG urine test right away. Even if you’re outside of the 24-hour window, there’s a good chance we can make it with an EtG that was provided within 48 hours. The small price you’ll pay for that beats the daylights out of losing your license for a whole year.

Next, read the interlock instructions contained in the order granting your appeal. Then read it again.

Even if you’ve found this article within 90 days after a failed or missed test and you’re facing a violation, we can consider other kinds of tests, and evaluate whether they’d at least be worth a shot.

For all of this, there is another, rather ugly reality at work here: sometimes, a person may find him or herself utterly screwed when he or she gets a violation.

My team and I are very honest, and never sugar-coat these situations to induce people to hire us. Our position is that, when the circumstances are all against you, if you don’t appeal, there is a 100% chance that you will lose, and lose your license. Moreover, when this happens, there is no record of you at least explaining that you didn’t drink.

Even if the facts make it 99% certain that you won’t win the violation hearing, there is still a small chance that you could catch a break. More important than that, however, is that you go down swinging, and when you do go to get your license back next time, there is a record of you being clear that, whatever may have happened regarding the violation(s), you didn’t drink.

It’s one thing to not have enough evidence to overcome a violation. That’s a technical matter. It’s another to at least make a record that you didn’t drink. If it was me, I would ALWAYS appeal a violation just to make the point that I hadn’t consumed alcohol, assuming that’s true. Such statements can have real value later, when you come back to try and win your license again.

There is no single, grand takeaway from this article. Instead, I hope to leave the reader with a few points:

1. Read the Secretary of State’s interlock use instructions as soon as you get your order.
2. Follow those instructions to avoid any problems.
3. If there is a problem, follow those instructions and get a PBT or an EtG test.
4. Even if you didn’t do any of those things, you may not be dead in the water.
5. Sometimes, the circumstances are such that you’re just screwed.
6. Even if that’s the case, you should always appeal.
7. If nothing else, you make a record that you weren’t drinking to help in your next appeal.

If you are facing an ignition interlock violation and looking to hire a lawyer, do your homework and read around. When you’ve done enough of that, start checking around. All of our consultations are free, confidential, and done over the phone, right when you call. My staff and I are very friendly people who will be glad to answer your questions and explain things. We can be reached Monday through Friday, from 8: 30 a.m. until 5:00 p.m., at 586-465-1980.