As busy Michigan driver’s license restoration lawyers, we know exactly how someone feels when they something goes wrong while on an ignition interlock. There is no getting around that an interlock violation sucks, and it’s even worse when the it’s not your fault. However, when there’s a problem, it’s important to fix it, and not let frustration lead to making things worse. When the cause of a violation is something like a mechanical failure, the natural and understandable reaction is to shake one’s head in anger and utter that famous line: “This is bull$hit!” 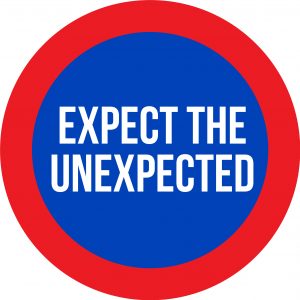 And it may very well be, but there are still things that should be done right away. From our perspective, as license reinstatement attorneys, one of the worst examples of why this feels like “bull$hit” is that while the Michigan Secretary of State (SOS) notes in every order granting a restricted license that it is “advisable” to get an independent PBT (breath) or EtG (urine) test if one misses a test of has a positive alcohol reading on the device, the fact is, it basically expects someone to do so. Given this reality, it would seem worth it for the SOS to change a few words in its orders to make that clear.

This isn’t the half of it, though, because, as of this writing, we have been seeing an increasing number of violations caused entirely by device malfunctions and other things that have nothing to do with the proper (or improper) use of an interlock unit, including the widespread use of hand sanitizer during the Covid pandemic. As unfair as it may be, this is the time to take action and do what’s necessary to protect one’s license. While the Secretary of State should really improve its written instructions regarding use of the interlock, the fact is, it has at least provided some, and it’s important to read and understand them as they stand now.

Accordingly, let’s take a look at how the Michigan Secretary of State addresses interlock use. The following is reprinted exactly as it appears in every order granting a restricted license:

• Never leave your vehicle running and unattended, even momentarily. If you fail to provide a timely rolling re-test for any reason, it is a major ignition interlock violation. Your original revocation/denial will be reinstated and you will lose your license.

• Never exit your vehicle without first making sure that a rolling re-test has not been requested. Arrive at your destination, physically look at the ignition interlock device, and then turn off the ignition. You should look at the device again before exiting. Do not turn your vehicle off after a rolling re-test has been requested without providing a breath sample within the allotted five (5) minute time frame. Failure to provide a rolling re-test is a major violation. Your original revocation/denial will be reinstated and you will lose your license.

• Periodically start your vehicle, even if it is not being driven every day, to ensure that the battery remains charged. If your battery dies, use a tow service or AAA to obtain a jumpstart and send the receipt and a letter of explanation to the Department immediately after doing so.

• Obtain documentation (legible, dated, and signed receipts) for any repairs done to your vehicle. This includes tow receipts and receipts from auto parts stores. These receipts and a letter of explanation that is notarized, dated, and signed by you should be sent to the interlock company immediately after repairs are completed. Make sure it is clear on the face of the receipt if a mechanic has possession of the vehicle for longer than one (1) day.

• Receipts with an accompanying letter of explanation should be scanned, uploaded as an attachment, and emailed to MDOS-BAIIDDocumentation@michigan.gov within five (5) days of repairs being completed. Note that this email is used solely to submit documents and that the Department will not respond to emails.

• Never eat or drink anything (other than plain water) within 15 minutes of providing a breath sample. Be careful if you use mouthwashes or cold medications, such as Listerine, Scope or Nyquil. Many contain alcohol, ranging from about 20% to 30%. You should avoid using any products that contain alcohol. If alcohol is detected by the machine, you should rinse out your mouth with water and provide a second sample within five (5) minutes. Do not just walk away from the machine. It is advisable that you keep a bottle of water in your vehicle. Ask your pharmacist if you are unsure if a product contains alcohol. FOLLOW THIS INSTRUCTION CAREFULLY – YOU WILL BE HELD RESPONSIBLE FOR POSITIVE ALCOHOL INDICATIONS.

• With an alcohol reading on your interlock device or other violation such as missed rolling retest or power losses, it is also advisable that you obtain an objective test to prove you were not drinking. This might involve a preliminary breath test (PBT) from your local police station, sheriff’s department, or State Police post if within 1 hour of the violation. It could also involve other chemical tests such as an Ethyl Glucuronide (ETG) test from a toxicology lab if within 24 hours of the violation. Note that doing so will not necessarily avoid a reinstated revocation/denial if a major violation occurs, i.e., a failed rolling re-test. However, the test results may be taken into consideration in the event an administrative hearing is scheduled.

The burden is always on you to prove that you had continued to maintain abstinence and had not relapsed.

• Limit the people who have access to your vehicle. You are responsible for all violations of the interlock device. Action will be taken against you if another individual misses a re-test, provides a breath sample that includes alcohol, or otherwise violates the interlock device.

Somehow, out of all that, it has essentially become a very real expectation on the part of the SOS that if there is any kind of malfunction, or a person misses a test, or otherwise tests positive for alcohol, he or she will promptly obtain either a PBT breath test, or an EtG urine test.

While that’s fine, standing alone, the fact is, such an “expectation” really does conflict with the express language (i.e., “advisable”) used by the Secretary of State in all the orders granting restricting driving privileges.

For everything we could say about this, however, and as a wise old saying advises, “it is what it is.”

Either get a test, or take a chance of losing the ability to drive (again).

Perhaps the most important thing the reader can take from this article is that if anything happens with the interlock, even if it’s a total mechanical failure on the part of the device itself, make sure to get a PBT or EtG test right away, and DO NOT rely on the interlock company for any advice.

Here’s a common, real life situation that we see all the time:

A person who is on a restricted license and who has an interlock will be going along just fine until something happens one day, and they have a positive breath test that leads to a startup failure. Following some of the Secretary of State’s instructions, they’ll either rinse their mouth or otherwise stay with the vehicle, and eventually get it started.

Because the car starts up and subsequent readings on the device come back negative for alcohol, and because THEY know they hadn’t been drinking, they’ll assume everything is therefore okay, and won’t bother getting that PBT or EtG test.

Down the road, when the person is at the hearing for his or her full license, they’ll be asked to explain everything about the circumstances surrounding that positive test.

If that was the only incident during the person’s time on the interlock, and his or her explanation otherwise makes sense, things will probably work out, although some hearing officers will make a bigger deal about the lack of a follow up test than others.

However, if there have been any other incidents, everything changes, and things won’t be so easy. In fact, some hearing officers have what we call “violation fatigue,” and become very impatient with more than one interlock problem that is NOT followed by an independent PBT or EtG test.

The kicker, of course, is that there is no way to be sure there won’t be another incident when the first occurs. This is especially true if, whatever that first problem,  the person had not been drinking, but still somehow wound up getting a positive result, or if the machine had malfunctioned.

Remember, many (if not most) problems and violations are NOT the result of someone consuming beverage alcohol. The idea that a person shouldn’t have to go through this if they didn’t do anything wrong sounds good, in theory, but it simply does not apply in the context of any kind of interlock violation.

This is where the old adage “better safe than sorry” is spot-on.

Here’s some free advice that has priceless value: if you’re reading this after having tested positive for alcohol, having missed a retest, or even if the interlock malfunctioned, DO NOT WAIT: you should absolutely and promptly get a PBT test or a timely EtG test.

If it turns out doing so wasn’t absolutely necessary, then the worst thing is that you’re out a few bucks for the test and a little bit of your time in getting it.

If it turns out that the hearing officer deciding your case expects such a test, and you don’t have one, then you could be without a driver’s license all over again.

In that sense, it’s a no-brainer.

Sure, this can be unfair, and it’s definitely a pain in the rear, but if you’ve come this far, then don’t let that full license, which is now within reach, slip away, along with the rest of your ability to drive. We can agree that “this is bull$hit” all day long, but that won’t fix a violation, no matter what the cause.

When you’ve done enough of that, start checking around. My team and I can handle a Michigan interlock violation no matter where in the state you may live.