To win a Michigan driver’s license restoration or clearance case, a person must prove certain legal issues by what the law specifies as “clear and convincing evidence.” In this article, I want to explain, in plain English, what that really means. In addition, I want to show why so many people who try a “do-it-yourself” license appeal, or who hire some lawyer who claims to “do” license appeals as part of a much broader practice, wind up losing precisely because they don’t understand how the proof by “clear and convincing evidence” requirement is actually applied in these cases. 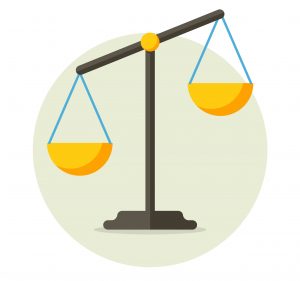 The main rule governing driver’s license restorations begins by stating that “The hearing officer shall not order that a license be issued to the petitioner unless the petitioner proves, by clear and convincing evidence, all of the following:” (emphasis added). This can (and, indeed, does) get tricky, because what “clear and convincing evidence” actually means in the context of a driver’s license appeal case is a lot like what it sounds like. A lot – but not completely so – and that’s a very important part of what we’ll be examining in this piece.

This can all seem rather confusing at first, because the civil standard applies to things like probation violations and traffic tickets (civil infractions), which are at least related to criminal law. After all, a license appeal is ultimately required after a person has racked up multiple DUI’s, and DUI cases are, or course, criminal matters.

A driver’s license restoration appeal to the Michigan Secretary of State, however, is a civil case, and therefore, no matter how well or not anyone understands that, the fact is that the civil standard of proof (“clear and convincing evidence”) applies to how they’re decided.

The catch here is not merely that the burden of proof required to win a license appeal is “clear and convincing evidence,” but also how that burden is applied in the real world. Look back at the the very first words of the governing rule, and note that it requires the hearing officer to NOT issue a license (meaning he or she is expected to deny the case) unless the person proves the stated issues by “clear and convincing evidence.”

Rule 13 (the main driver’s license restoration rule) governs the issuance of a license after it has been revoked as a consequence of multiple DUI convictions. Although that rule is broken into 5 sub-parts, in practice, the issues set forth in the very first paragraph (sub-part i.) are really the deciding factors in every driver’s license restoration and clearance appeal case.

For what it’s worth, I will provide a very simplified and summary “takeaway” of those key issues immediately following the key part of the rule, which reads as follows:

Note that first sub-paragraph requires that a person prove, by “clear and convincing evidence,” that his or her “alcohol or substance abuse problems, if any, are under control and likely to remain under control.”

What’s important about that is that we can see that there are really 2 issues at play here, and a person must show that his or her alcohol or substance abuse problems are both “under control,” and also “likely to remain under control.”

In other words, these are 2 distinct and separate things that must be proven. Here’s what each really means:

First, a person’s alcohol (and/or substance abuse) problem is deemed “under control” when he or she has been completely alcohol and drug free for a legally sufficient period of time. To be clear, “drug-free” also means abstaining from recreational marijuana.

What constitutes a legally sufficient period of time can vary from case to case, but as a general rule, our firm will not move forward with a license appeal unless a person has been completely abstinent for at least 18 months.

Second, a person’s alcohol or substance abuse problems are considered “likely to remain under control” when, after quitting, he or she has made a firm commitment to never drink or get high again.

In other words, a person must demonstrate that he or she has both the ability and the commitment to never consume any intoxicants. Put yet another way, he or she must prove themselves to be a safe bet to remain clean and sober for life.

It’s important to understand that if you have to go through the license restoration process because your license was revoked as a consequence of multiple DUI’s, it is a foregone conclusion – established by law – that you have an alcohol or substance abuse problem.

In Michigan, if a person is convicted of 2 DUI’s within 7 years, or 3 DUI’s within 10 years, he or she is then automatically categorized as a “habitual alcohol offender.” As a consequence of that categorization, he or she is also legally presumed to have an alcohol problem.

This may seem harsh, but the plain and simple fact is that it is what it is, and anyone who has to file a Michigan driver’s license restoration or clearance appeal after racking up multiple DUI’s does so under the legal presumption that he or she does, in fact, have a drinking problem.

Accordingly, the “main thing” about license appeal process is centered on proving that he or she has gotten over that problem, has severed any relationship with alcohol (and or drugs – including marijuana) whatsoever, and also has what it takes to never pick up again.

In practice, “clear and convincing” evidence is very much like the criminal standard of proof “beyond a reasonable doubt.” The criminal standard is actually a bit higher, but not by much, and both standards require the person deciding a case to NOT have any lingering doubts after considering all the evidence.

What kind of proof could ever be “clear and convincing,” but still leave a person with some doubts?

The answer, of course, is none.

A colleague of mine once used a baseball analogy to describe proof beyond a reasonable doubt, saying that it’s about the equivalent of hitting a home run.

While I generally agree with that, let’s refine that baseball analogy a bit to clarify the difference between proof that’s “beyond a reasonable doubt” and “clear and convincing evidence.” Think about it this way:

Proof beyond a reasonable doubt is like hitting the ball into the stands with at least another runner on base, so that it’s more than just a solo home run, and the fan who got the ball was able to take home a nice souvenir.

Clear and convincing evidence, by comparison, would be a solo home run where the ball bounces off a pole or a wall, and falls back onto the field, but is out of play because it’s scored as a home run.

For those that don’t understand baseball that well, then we’ll use a school analogy:

Think of beyond a reasonable doubt as a test score of anywhere from 97% to 100%, and one that earns an A+.

By contrast, imagine clear and convincing evidence as a test score of 93% to 96%, and one that earns a solid “A,” but not an A+.

And for a final analogy, image that, on a scale of 1 to 10, proof beyond a reasonable doubt measures at least 9.7, and goes all the way to 10, while clear and convincing requires a score of no less than 9.3, and but goes up to 9.6.

Of course, the proof submitted in any license appeal case can surpass the minimum required standard. Going back to our analogies, it would be great if the evidence in a person’s license appeal case was so strong, it was more comparable to hitting an out-of-the-park grand slam, or getting a straight 100% on a test.

What the reader should keep in mind is that not only does a person have to have honestly quit drinking, and have that ability and commitment to remain sober for life, but he or she also has to prove it to the hearing officer designated to decided his or her case by clear and convincing evidence.

The other legal standard, used in civil cases, and even in criminal proceedings like probation violations, is called a “preponderance of the evidence.”

The best way to describe “preponderance of the evidence” is to imagine the scales of justice evenly balanced. As each side submits their evidence, and/or tries to undermine the other side’s evidence, the scales will move from side to side.

When all is said and done, whichever side has the scales balanced in their favor, however slightly, wins.

By contrast, there essentially is no “other side” in a license appeal case. Before continuing with our “scales of justice” illustration, let’s first go back and consider the opening language of Rule 13. As we’ve been discussing, it mandates that the hearing officer NOT grant a license appeal unless the person proves the relevant issues by “clear and convincing evidence.”

In other words, the hearing officer is to begin a case with the answer being “no.”

This means that, if we were to imagine those scales of justice at the outset a license appeal hearing, they’d be weighted down and tilted all the way to the “no” side. If a person submitted his or her evidence and that caused the scales to tilt in the other direction, toward “yes,” but only just a little bit past the middle-mark, then he or she would have merely submitted proof that meets the “preponderance of the evidence” standard.

That’s not enough to win.

Instead, a person would need to keep piling on the favorable evidence until the scales tilted all the way in the other direction, away from “no,” and almost to the point of bottoming out on the “yes” side.

When all is said and done, if a hearing officer deciding a case is left with any reasonable unanswered question(s) about the issues involved, that means the person has failed to submit adequate proof.

If you are looking for a lawyer to win back your driver’s license, or obtain the release of a Michigan hold on your driving record so that you can obtain a license in another state, be a savvy consumer and read around. Read how different lawyers explain the license appeal process, the issues involved, and how they explain their various approaches to handling these cases.

No matter where you live, our team can handle any Michigan driver’s license restoration or clearance appeal issue, so give us a ring, as well. We guarantee to win every restoration and clearance case we take.

All of our consultations are free, confidential, and – best of all – done over the phone, right when you call. My team and I are very friendly people who will be glad to answer your questions, explain things, and even compare notes with anything some other lawyer has told you.