This will be the next article in what I’ve been calling a “loose series” (LS) about the Michigan driver’s license restoration process. In the last installment, we examined the people who actually decide whether or not you get your license back – the hearing officers. In this piece, we’ll examine the hearing itself, and thereafter follow that up with another post about preparing for it. In the real world, the prep session takes place before the hearing, but here, as we set out to explain things, it makes more sense to describe the proceeding itself and then look at how we’ll get ready for it. In keeping with the “lite” spirit of this series, we’ll skip doing any in-depth analysis, especially since I have already done multiple detailed examinations of every step in the license appeal process in many of the many of the nearly 400 other driver’s license restoration articles I’ve written and published on this blog, and instead, do more of an overview. 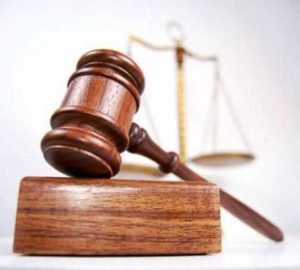 Before we get to the actual hearing, let’s dispel a common misconception about it. Yes, the hearing is important, but it is not the “moment of truth” some people make it out to be. In fact, you’ve pretty much either won or lost your case by the time you show up at the hearing office. If your documentary evidence (substance use evaluation and letters of support, amongst other things) is lacking or you have otherwise not submitted a winning appeal on paper, there’s nothing that can happen at the hearing to make up for that. On the flip side, though, if you’ve done everything right (in terms of submitting good evidence), then winning your hearing really requires little more than showing up and telling the truth.

And that’s as good a lead in as any to the hearing itself. Think of the hearing as an opportunity to confirm the truth of the evidence submitted in your appeal. Legally speaking, there are 2 key issues in a license appeal: first, that your alcohol problem is “under control,” meaning you can prove a suitable sobriety date, or period of sobriety, and second, that your alcohol problem is “likely to remain under control,” meaning that by demonstrating you have the commitment and tools to remain alcohol-free, you’ve shown yourself to be a safe bet to never drink again. Given that your documentary evidence needs to clearly demonstrate both of these things, there really isn’t much more to do at the hearing than corroborate that. This oversimplification, while mostly accurate, does omit the very important observation that the governing rule requires the hearing officer to decide these cases under a negative mandate that provides he or she “…not order that a license be issued to the petitioner unless the petitioner proves, by clear and convincing evidence” that his or her alcohol problem is under control, and likely to remain under control.

This means that as much as it’s your job to show up and tell the truth and win your appeal, it’s the hearing officer’s job to look for reason to deny it. Although the hearing officers don’t try to trick anyone into losing, they are looking, and looking hard, for inconsistencies within your evidence, and how it may differ from your testimony. I guarantee to win every case I take and I don’t budge on the requirement that a person must be genuinely sober for me to represent him or her. As a result, my clients are a somewhat exclusive group who actually do qualify to win based upon their sobriety. Loads of people, however, both the “do-it-yourselfers” and even those who hire a lawyer, don’t fully understand this sobriety requirement, and how it’s really the meat and potatoes of the license reinstatement process. Some will show up at the hearing, trying to explain that they don’t drink like they used to, or that they sweat they will never drink and drive again. These cases are summarily denied, and properly so, because the point of the appeal process is to make sure that anyone granted a license back will never drink again; driving has nothing to do with it. Similarly, some folks will try to explain how much the “need” a license. Everyone “needs” a license, but that has nothing to do with getting it back. Sobriety, by contrast, has everything to do with it, even if someone has little or no need to drive.

Generally, the hearing begins with a little housekeeping. The hearing officer will go through the documentary evidence and mark each item as an exhibit, making sure that everything that has been submitted has been received. After that, the hearing begins. There are 2 very distinct protocols used in the Livonia Office of Hearings and Appeals, where all of my cases are decided. As it turns out, 3 of the 5 hearing officers expect the lawyer to do most, if not all of the questioning, to prove his or her client’s case. The other 2 hearing officers follow the more traditional method wherein the lawyer starts things out, kind of setting up the case, and then “steps aside” so that the hearing officer can ask his or her questions.

Let me be blunt here: if you or your lawyer don’t know this, and which hearing officer does what, you are at a severe disadvantage. That’s like being told to show up ready to play in “the game” Saturday, with no idea if that means tennis, hockey, football, baseball, basketball or swimming. You need to be prepared, and that starts with knowing the rules of the game, or, in this case, your hearing officer.

Each hearing officer is going to ask many of the same questions, because they all share many of the same concerns, and have to decide the same issues. However, there are certain areas and inquiries that are of particular interest to each, so every one will have his or her own “unique” questions, or expect me to ask questions that are different from those of the others. You need to be prepped for this in advance, or else every question is going to come as a surprise. Yet we have to circle back to the fact that, if you’re genuinely sober and your case has been carefully and properly handled from the outset, this is not about “prepping” to go in and feed the hearing officer a line of BS. Instead, it really is as simple as being prepared to go in and tell the truth.

After hearing officer marks the documents, I begin with my questions. If the case is being decided by 1 of the 3 hearing officers who wants the lawyer to handle the proofs, then I’ll have lots of questions. If the matter is before 1 of the 2 who’d rather ask most of the questions themselves, then I’ll start things and essentially get my client “warmed up” and relaxed by through my initial inquiries. This is something that I do not just as a lawyer, but as a matter of instinct. Without even trying, I just automatically take charge of the situation and rather effortlessly ease the stage fright of the apprehensive client, or keep the chatty one in check.

Whenever the hearing officer does ask any questions, I have to pay close attention to make sure my client’s answers are accurate and complete. Remember, this is not a proceeding designed to trick you; the goal is to get at the truth of whether you’ve really quit drinking and have established a sober lifestyle. By the time I walk into the hearing room, I’ll have my client’s entire case memorized, including the letters of support that have been submitted. Thus, if a question is asked and the response isn’t consistent, I’ll catch that and will ask the right follow up questions to fix that. This may sound a lot more intense than it is, because for everything goes into it, most hearings last less than a half hour, and I win them all anyway. Perhaps it’s not so ironic that I will usually spend more time preparing my client for the hearing than we’ll actually spend in it.  In other words, if you’re my client, your case will be handled carefully and properly from day one, and that includes making sure you are thoroughly prepared for your hearing. You won’t walk in nervous, or freaked out about what’s going to happen because you’ll not only be prepared, you’ll know, and feel that you’re prepared. When it’s over, you’ll tell me it went just the way I said it would.

In previous articles, I’ve made clear that I NEVER call witnesses at a hearing. This is ALWAYS a first-class amateur mistake of the highest order. For everything I could say on that point (and have in many of my prior articles), the bottom line is that is NEVER, EVER EVER a good idea, and only serves as a poor substitute for proper case preparation for someone either too lazy to do the work or who doesn’t otherwise know better.

Similarly, I NEVER hold a video hearing. I want my client to be seen in person. And to dramatize my point a bit, there is a video location quite literally less than 5 minute from my office, but I wouldn’t even think of taking that shortcut, and will instead make the nearly 1 hour drive to Livonia for an in-person hearing. I want the hearing officer to be able to make eye contact with my client, and to be able to observe his or her body language. This should be important to anyone telling the truth, and it is so important to me that I won’t even consider anything other than going live.

When the hearing is over, the hearing officer will likely announce that he or she is taking the matter under advisement and will issue a decision later. Once in a while the decision is announced on the spot, but everyone should be prepared to leave the hearing office without formally knowing the outcome. For my clients, it’s simply a matter of waiting to find out they’ve won. Whatever else, I make my money winning these cases the first time, not having to go back next year to do “warranty work.”

For purposes of this installment, I think we’ve summarized things enough. As I noted above, I’ve covered every aspect of the license appeal process in great detail within my blog archives, so for anyone looking for more, it’s there; my articles have become a resource for lawyers as well as laypeople.

If you’ve honestly quit drinking and you need to win your license back or get a clearance of Michigan’s hold on your driving record, I can do that, guaranteed. Do your homework and check around. Read what other lawyers have written and see how they explain things. All of my consultations arMice done over the phone, right when you call. You can reach my office Monday through Friday, from 8:30 a.m. until 5:00 p.m. (EST) at 586-465-1980. We’re here to help.