When is that last time you consumed alcohol? As Michigan driver’s license restoration lawyers, this is the first thing we want to know from anyone inquiring about a license appeal case. If this isn’t about the first thing any other lawyer asks a potential client, then that lawyer doesn’t know the first thing about license appeals. After all, the ENTIRE point of a driver’s license or clearance case is proving that you have given up drinking for good, and have been alcohol-free for a legally “sufficient” period of time. 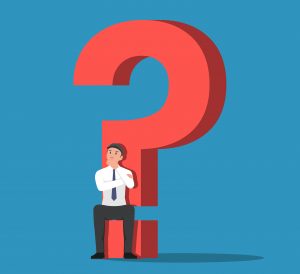 Our office is contacted numerous times each day by people who are more than willing to pay our fee in order to win back their driver’s license. The simple fact is, if you’ve read this far, then you’ve already read more than many do. Unfortunately, though, a lot of people see how “big” our firm is in this field, and simply figure, “I want to go with them!” While that’s flattering, the reason we have such a good reputation and such a huge archive of articles and information is that we do things the right way, and that begins with making sure any potential client has genuinely quit drinking.

As it turns out, about half of the people who contact us regarding a license appeal are still drinking. The simple fact is that if you’re still drinking, you cannot win a driver’s license restoration appeal. And let me be 100% clear about this: my team and I have absolutely no interest in representing someone who will just “say” they’ve quit, or who is otherwise interested in trying to BS their way through the process. We will only take a case for a person who is honestly and genuinely sober. This is how we we win nearly 100% of our cases, and why we guarantee to win every restoration and clearance case that we do take.

First, it protects the client from risking his or her money on a license appeal, because it means that if we don’t win, we stick with the case until we do.

Second, it acts as a disincentive against any temptation to take every offer of payment that comes our way (and there are lots of them).

It also stands as a strong reason for us to carefully screen every potential client in order to make sure that he or she has the main thing that is needed to win – sobriety, lest we do get stuck with a case that can’t be made into a winner.

To put this bluntly, my team and I earn our livings winning the cases we take the first time around. We have no reason plow ahead and lose by taking a case that cannot, or is not yet ready to win, only to then be obligated to do the whole thing over again (for free) the following year because of our guarantee.

Beyond our guarantee, my team and I have a deep and thorough understanding of sobriety, and how important it is to a license appeal.

Regrettably, though, far too many people don’t.

In that regard, I must admit that sometimes, I get frustrated, given that within dozens of the more than 560-plus driver’s license restoration articles I have written and published on this blog, and in numerous places on our website, I make it clear (in every way possible) that you must have quit drinking in order to win a driver’s license appeal.

I have even published numerous articles with titles playing off every possible variation of the sobriety requirement.

And still, plenty of people overlook it. Some even believe there’s a way to “buy” a license.

There isn’t, and even if there was, we’d want no part of any of that. We win fair and square, and by being honest.

In the real world, it’s simply a fact that most people who have their licenses revoked after multiple DUI’s don’t ever quit drinking. Thus, the license appeal process is only an option for a minority of people who have 2 or more DUI convictions.

Unfortunately, too many lawyers either don’t completely understand this, or otherwise don’t care, and, as a consequence, a lot of people blow a lot of money to learn all this stuff the hard way.

Of course, it’s understandable that everyone who has lost their license wants it back.

Almost everyday, we hear how long someone has gone without a license, how long it’s been since they were last in trouble, and how much they need to drive.

The thing is – none of that matters.

The ONLY thing that matters for a license appeal is that a person can prove he or she has been alcohol (and drug) free for a legally sufficient period of time, and that they’re committed to never drinking (or getting high) again.

This all makes more sense when one understands the relevant part of the law. I’ll reprint a very short excerpt of it below, and then explain how it’s interpreted by the Michigan Secretary of State.

There is one more thing that needs to be understood: In Michigan, any person convicted of a 2nd or 3rd offense DUI is legally categorized as a habitual alcohol offender.

As a consequence of that designation, a “habitual alcohol offender” is presumed to have an alcohol problem.

Why does that matter?

Because the hearing officers who decide every driver’s license reinstatement case essentially do not even see the “if any” language within section (i) of the rule.

In other words, because of the way license appeals REALLY work, that subsection is read to say that every person who has lost his or her license for multiple DUI’s must show that his or her “alcohol or substance problems are under control and likely to remain under control.”

Forget the “if any” verbiage.

To put this another way, if you wind up losing your license for multiple DUI’s, it is presumed that you have some kind of problem with alcohol.

And it’s right here that we can separate the winners from the losers, or at least those who have the potential to win from those who do not. Those who are unwilling to accept this, or want to fight this notion of having some kind of “problem” will always be on the losing side.

In that regard, it’s important to note that the whole idea of having a “problem” with alcohol is not about being some kind of “alcoholic,” or heavy drinker.

Instead, a problem can exist no matter how infrequently or little a person drinks.

The problem for some people is that when they do drink, there is a risk that their ability to self-regulate and their judgment will become impaired enough that they’ll do something like drive while over the limit.

In the case of anyone who has racked up 2 or more DUI’s, that risk isn’t just theoretical. From the state’s point of view, it has already manifested into a proven reality for each of a person’s drunk driving convictions.

There’s an old therapist’s saying I often quote that really applies here: “Anything that causes a problem IS a problem.”

In the case of anyone who has racked up multiple drunk driving convictions, that problem is his or her relationship to alcohol, whatever it may be.

For those who do finally “get it” and know they need to remove alcohol from their lives and live a “sober lifestyle,” then the license appeal rules do NOT stand as an obstacle to drive again.

Instead, they provide the directions that we must navigate so that they can eventually slide a valid license back int their wallets.

Note that as the legal language quoted above makes clear, the law requires a hearing officer to NOT issue a license unless the person filing the appeal proves, by what is specified as “clear and convincing evidence,” the 2 things mentioned in section (i):

1. That his or her alcohol (and/or drug) problem is “under control,” and

2. That his or her alcohol (and/or drug) problem is “likely to remain under control.”

The first (#1) requires proving that a person has been alcohol and drug-free for a “legally sufficient” period of time. This can vary from case to case, but generally speaking, our firm won’t even start a license appeal for someone who has less than a year of clean time, and won’t move forward with the full process until he or she has AT LEAST 18 months’ of sobriety.

The second (#2) is really what I call “the main thing,” and requires that a person convince the hearing officer that he or she has both the ability and commitment to remain alcohol-free for life.

Underlying all of the legalities and technicalities of the license restoration process is this simple reality:

The Secretary of State knows that people who do not drink are exactly zero risk to drink and drive.

The rules governing the process have effectively drawn a line in the sand: only those people who can prove they’ve quit drinking and are a safe bet to never drink again can win a Michigan driver’s license restoration or clearance appeal case.

Given that this is the way things work, it’s easy to see why anyone who even thinks he or she can still drink (or do something like use marijuana) cannot win a license appeal.

The problem, of course, is that most of those who are still drinking don’t really investigate the restoration process much further than knowing they want their license back, and then look for some lawyer to file a case for them.

One thing I should point out is that even if a person IS still drinking, my team and I will nonetheless be glad to speak with him or her, if they’re open to it, so that maybe we can say something that will inspire them to finally decide to quit, and open up the possibility of getting back on the road at some future point.

Whatever else, we don’t make the rules; we work within them, and we do a good enough job to know how to appropriately screen potential clients so that we can provide a guaranteed win in every case we take.

If you are looking for a lawyer to win back your Michigan driver’s license or obtain the clearance of a Michigan hold on your driving record so that you can obtain (or renew) a license in another state, be a wise consumer, do your homework, and read around. See how lawyers break down and explain the license appeal process, and how they explain their approach to it.

When you’ve done enough of that, start checking around. All of our consultations are free, confidential, and done over the phone, right when you call. My team and I are very friendly people who will be glad to answer your questions, explain things, and even compare notes with anything some other lawyer tells you.