As a Michigan DUI and driver’s license restoration lawyer, I deal with the whole gamut of alcohol issues every single workday. On one side of the spectrum, I see plenty of DUI clients who don’t have any kind of drinking problem. On the opposite side, I have license restoration clients whose relationship to alcohol nearly ruined their lives and are lucky enough to have hit bottom, quit drinking, and are now enjoying a sober life. In-between those two ends lay all the struggles. One group that we encounter in my office rather consistently are people who had previously quit drinking, suffered a relapse, and then get popped for a DUI. I see this happen both within the context of my DUI and driver’s license restoration practice. In this article, we’ll restrict our focus to the DUI part of things. 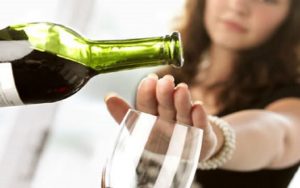 Not surprisingly, the idea of a relapse leading to a DUI can come as a kind of mixed blessing: on the one hand, it can turn out to be the real “lightbulb moment” for some people, and mark the point where his or her life changes for the better. This is usually because the person accepts, with the force of a hammer, the reality that he or she simply cannot drink anymore. On the other hand, being too open about having issues with drinking then having had a relapse can really complicate a DUI case. Although a drunk driving arrest may really be a pivotal moment in a person’s life, the extent to which we should reveal that it was part of a relapse depends on a lot of factors.

In the real world, most of those factors are NOT usually present in something like a 1st offense DUI. Things are often different, however, when a person has any prior drinking and driving convictions. In many (but not all) circumstances, admitting a relapse can positively affect how things turn out in a 2nd or 3rd offense DUI case. It’s always better to be safe than sorry, because you don’t want to be the person who should have kept quiet about having had a relapse. Conversely, though, it’s foolish to not bring it up when doing so can be helpful. Exactly how to advantageously use the existence of a relapse (or not) in the context of a DUI charge must be carefully evaluated on a case-by-case basis.

I have had countless clients for whom a DUI charge was the proverbial “straw that broke the camel’s back,” and who couldn’t wait to tell the Judge that this was the wakeup call they needed to finally quit drinking. There are any number of strategic problems with doing this, however, chief among them being that every court will only be too happy to then pile on all kinds of counseling, treatment and testing to make sure, to the extent possible, that the person doesn’t go back to drinking. We don’t want that.

As a DUI lawyer, my job is to avoid consequences, not go looking for more. For everything else that can be said about OWI cases, it’s always true that success is best measured by what does NOT happen to you.

As it turns out, and not surprisingly, most of the people who had previously quit drinking only to then relapse and pick up a DUI are 2nd or 3rd offenders. In other words, the whole relapse leading to a DUI arrest thing is less common among 1st offenders than it is for people who have been through the DUI process before. Sometimes, running into the same wall head first is necessary for a person to recognize and accept a problem. Often enough, getting in trouble for drunk driving is the reason why a lot of people do, in fact, ultimately quit drinking. After all, nobody decides to get sober because drinking has been working out so well for them…

Limiting potential legal consequences is much easier in a 1st offense case than it is if it’s your 2nd or 3rd time through the system. You don’t need to be a legal scholar to understand that. Sometimes, when a person has been struggling with the idea that his or her relationship to alcohol has become problematic and then something big happens, like a DUI arrest it’s seen as what some call a “come to Jesus moment.” People suddenly “see the light,” and get all filled with enthusiasm.

Unfortunately when some people experience this, they can become a little too enthusiastic for their own good, and want to tell everybody who will listen about how they quit drinking and found recovery and such. That kind of epiphany and gushing about it is fine with one’s family and friends (although if someone gushes too much, they won’t have many friends left…), but it’s almost no help in a 1st offense DUI charge, and needs to be moderated even in a 2nd or 3rd offense case, as well.

Every DUI (and really, every criminal charge where there has been any use of alcohol) must be approached with the realization that the court system has a built-in alcohol bias. It is programmed to find alcohol problems, and for reasons that are too deep to get into here, it tends to find them even where they don’t exist, especially in DUI cases, where the law requires that you undergo a formal assessment to determine if you have a drinking problem, or otherwise have the potential for one to develop.

In a 1st offense case, we can pretty much rule out any jail time, but the real risk is getting pounded with all kinds of counseling and breath and/or urine testing and such, and that’s without blabbing on and on about how this arrest was the last straw that made you see the light about your drinking and decide to quit.

Think of it this way: if a person tells the Judge “I quit drinking,” then the Judge is going smile back and think, “Good, and I’m going to help you stay quit.” This means that you will be required to prove that you are remaining abstinent by having to provide breath and/or urine samples, along with getting reinforcement for your decision to quit by having to attend AA and/or counseling. No Judge is going to make a casual, “we’re here if you need us” offer to help, but will instead order a demanding schedule of counseling and testing. Remember, success in a DUI case means less, not more. You can do all the counseling and such on your own, if you want.

If you really have what it takes to quit, then having to test all the time becomes a drain on your time, your wallet, and is otherwise just a plain pain in the a$$. If you happen to slip up on your commitment to not drink one day, and then you get found out because of all that extra testing, then you’ve just walked into a $hit storm of trouble. What if you don’t want to go to counseling one day because you got tickets to some special event? In the private world, the worst thing that could happen is that you might have to pay for the session if you didn’t cancel with enough notice.

If you have been ordered by the court to go, and you don’t, then you’ll get a probation violation for missing and face real jail time.

It’s rather hard to be diplomatic and subtle here, because the bottom line is that some things are just better left unsaid. More often than not, talking too much only gets you in trouble. I know that I talk a lot, but I do it professionally, and, believe it or not, I also know when to keep quiet.

For the most part, silence IS golden, but, as I’ve pointed out, that’s not always the case. There are plenty of times, especially in a 2nd or 3rd offense DUI where, if a person can change the court’s focus from imposing punishment to doing something more rehabilitative, then a relapse, presented properly, can be the difference between jail or not. Obviously, a lawyer must have a real handle on all the variables, including familiarity with the Judge deciding the case.

This is one of the reasons I concentrate my DUI practice in the courts in Wayne, Oakland and Macomb Counties. Because my team and I wind up going to these same courts regularly, we know how things are done and how to “properly” handle a case in them.

In the confines of my conference room, the issue of relapse is important and should always be examined, completely independent of the extent to which we should keep it private or not. As a DUI and driver’s license restoration lawyer with a formal post-graduate education in addiction studies, I understand the entire range of alcohol use issues. This includes everything from normal drinking to the development, diagnosis and treatment of alcohol problems.

That’s a rather highbrow way of saying I can help. I am not a clinician, nor do I “play” clinician, but I can help my clients sort things out so we can explore the various counseling and treatment options that may be a good fit for him or her. There’s a huge difference between understanding the treatment of alcohol problems and actually treating them.

An important part of my job is to assist my client find the kind of help that’s a good fit for him or her. This approach stands in stark contrast to the court system’s “one-size-fits-all” approach that rams everyone through the very same programs. Over the years, I’ve had 1st offense DUI clients who were in private counseling keep that to themselves and go painlessly through the court system without any suspicion that their relationship to drinking may be troublesome, and no one being the wiser about them seeing a counselor. That’s the way it should be in some cases.

On the flip side, when it’s helpful to bring that up, then I will, and in the way that’s most advantageous to the outcome of my client’s DUI case.

If you’ve been arrested for a DUI after you had previously stopped drinking, and then picked up again, we need to carefully assess what kind of help you need, and then how we present that, if at all, in the context of your case. Even if you’ve never tried to stop before, but you think your drinking has become or may be a problem, then we need to talk about that, and look at your various options.

If you’re facing a DUI here, in the Detroit-area (meaning anywhere in Oakland, Macomb or Wayne County), and are looking to hire a lawyer, do your homework and read around. Then, check around. All of my consultations are confidential and done over the phone, right when you call. You can reach my office Monday through Friday, from 8:30 a.m. until 5:00 p.m., at 586-465-1980. We’re really friend people who will be glad to answer your questions and explain things.