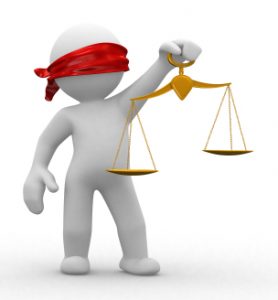 For as much power as they have to approve or deny license appeals, hearing officers are constrained to exercise it within very strict rules. This is important, because even many lawyers don’t know the ins and outs of these rules, and fewer still work with them enough to really understand how they are interpreted and applied by each hearing officer. People who lose a “do-it-yourself” license appeal (or who lose with some lawyer who does not concentrate in this field) often become frustrated at their lack of success, and wrongly blame the hearing officer, without understanding how the application of the rules controlled the outcome of their case.

Although the governing rules are written in black and white, the way each hearing officer interprets certain parts of them can vary, essentially meaning that there is a lot of gray area. This is where the uniqueness of the various hearing officers matters, and why it is very important for us, as driver’s license restoration attorneys, to know each one, and how he or she does things. Something that one hearing officer couldn’t care less about may be a complete deal killer with another. If the lawyer doesn’t know how this applies to every part of a case, then he or she is not properly prepared to move forward with it.

To be sure, there are core areas of interest to all Secretary of State hearing officers, and a core group of questions that they’ll all ask, as well. Every one of them is going to ask about a person’s drinking, drug use (if any), and recovery. However, even within those broad and general categories, there are specific concerns that are more important to some than others. This is part and parcel of how each will have his or her own understanding of the rules.

For example, some hearing officers will inquire if a person still goes to AA (or, if they no longer attend, how long they did go in the past, and/or why they stopped going). If a person says he or she still goes to meetings, one hearing officer may ask how often, while another may not care about that at all, but ask, instead, about a specific step or steps. To be clear, though,  AA is NOT required to win a license appeal.

The differences between hearing officers goes beyond recovery stuff, too. For example, some hearing officers are more “understanding” when a person whose license has been revoked for multiple DUI’s admits to having driven since then (or who has actually gotten caught driving with a revoked license thereafter), while others are not so lenient about that, and will hold it against the person for a longer period of time.

If you’re getting the idea that each hearing officer is really different from his or her counterparts, with some being more “forgiving” about certain stuff than others, then you’re on the right track.

In that regard, my team and I have noticed that, with regard to ignition interlock violations, a few hearing officers begin to quickly experience what we call “violation fatigue,” meaning that they aren’t very long-suffering with people who keep coming back for interlock problems, whereas other hearing officers are more tolerant and more open to explanations, even for people who seem to have a lot of issues. Let me explain…

When a person wins a Michigan driver’s license restoration (not a clearance) appeal, he or she is granted a restricted license that requires the use of an ignition interlock device. The order issued by the hearing officer granting the license also clearly spells out, in the notice of proper interlock use, how to avoid an interlock violation, (key within that is NOT to consume alcohol ), and what steps to take if things go wrong.

The advice about how to avoid a violation is the first place is all well and fine, but for a lot of reasons, things do go wrong often enough, even when people DON’T consume alcohol. Some folks just seem to have bad luck.

In the real world, most people don’t follow the Secretary of State’s instructions for proper interlock use to the letter, especially the part about what to do if there is any kind of problem, like a failed or missed test. The “steps” laid out in the instructions advise that the person should obtain either an EtG (urine) or PBT (breath) test.

Specifically, the instructions state that it is “strongly recommended” for a person who fails or misses an interlock test to obtain an independent EtG or PBT test to prove that he or she hadn’t consumed beverage alcohol. This is a bit misleading, because some hearing officers essentially expect a person to obtain such a test if he or she misses or fails a breath test, especially if he or she has had a prior violation.

Unfortunately, things can go wrong for a person more than once. Of course, it’s always best to just get the EtG or PBT test no matter what, but some people don’t do that, relying, instead, on the mistaken belief that, since they know they weren’t drinking, they should be okay, especially because, very often, a failed or missed test is shown to be errant by subsequent follow-up tests on the interlock unit.

In repeat violation cases (meaning when a person keeps having trouble on the interlock unit), not having an EtG or PBT test can be a deal killer with some hearing officers. In other words, whereas one hearing officer may be more accommodating and inclined to look to other factors to establish the person wasn’t drinking, another may be far less sympathetic and less interested in the surrounding circumstances beyond the simple lack of an independent confirmatory (EtG or PBT) test.

Whatever one thinks about all of this, and as the saying goes, “it is what it is.” This lack of mechanical-like consistency is what can be expected in any setting where human beings evaluate and then decide things. This is why, in the Olympics, one Judge may award a score of 9.7 points, while another may only hand out 9.1 points to the very same athlete in the same event.

Yet for all of this, it has been my consistent experience, without exception, that the hearing officers try very hard to be fair. I have had plenty of occasions to disagree with some of their decisions, but in nearly 30 years of practicing law, I have never once even suspected any hearing officer of having any kind of malicious or unfair motive when deciding any case I have handled.

For their part, the hearing officers have to grow something of a thick skin to survive their jobs.

One thing all hearing officers have in common is that they get lied to all the time. There is no end to the parade of people who will go in and claim one thing, only to later get “busted” for lying, or otherwise trying to BS their way through the license appeal process. This very often arises when someone says they quit drinking years ago, only to later admit (or have it found out) that they drank more recently.

And that’s not the half of it, because, for every 1 of those people, there are even more who don’t realize you can’t win a license appeal if you still drink, or even think you can ever drink again.

This is where understanding the rules the hearing officers have to apply matters, because under them (and especially under the “main” rule, Rule 13), a person must prove, by what the law defines as “clear and convincing evidence,” that he or she has quit drinking and been alcohol-free for a “sufficient” period of time (in my office, we generally require around 18 months of sobriety before we’ll file a case), and that he or she is a safe bet to never drink again.

The state, for its part, has drawn a line in the sand, and will only consider granting a license appeal for those people who can prove they have given up drinking for good and are committed to remaining sober for life.

One thing is beyond debate: people who don’t drink are exactly zero risk to drive drunk.

Because they haven’t read and therefore don’t understand the law, or, worse yet, because they hire some lawyer who doesn’t know better, plenty of people go into license appeal hearings and try and argue that they don’t drink like they used to, or that they only drink on special occasions, or only do so at home, or that they’d never drink if they were driving. They’ll try to convince the state that even though they still drink, things are different now…

These cases are, by law, dead on arrival (DOA). You can’t win a license appeal if you even think you can ever drink again.

Worse yet, these same people will go on to say how much they need a license, even though that has nothing to do with actually being able to get it back (one hearing officer replies to this by pointing out that “everybody needs a license”).

Their day-to-day experiences shape the hearing officers. If you can imagine hearing this kind of stuff all the time, then you can kind of get a sense of what they go through. The simple fact is that everybody “needs” a license, but only a minority of people are really qualified and eligible, under the rules governing driver’s license restoration and clearance appeals, to actually win it back.

Michigan Secretary of State hearing officers have a very important job. As much as someone filing a license appeal looks to them in the hope of a winning decision for his or her case, the public looks to them to keep anyone who has lost their license for multiple DUI’s off the road unless they can prove themselves qualified to drive again under the rules set by the state.

As with any group of people, there will always be similarities and differences. Thankfully, the hearing officers do their part to be fair, and lawyers like us do ours to prepare each case accordingly. At least in my office, we put our money where our mouths are, and guarantee to win every initial driver’s license restoration and clearance case we take.

If you’re looking for a lawyer to win your license back, or clear a Michigan “hold” on your driving record, do your homework. Read around, and see how other lawyers explain things, and explain themselves. It is ALWAYS a good idea to be a smart consumer. When you’ve read around enough, start calling around.