This article will be about ignition interlock violations, and also what you’re expected to do while on it. We will examine how a person’s performance on the interlock for the 1st year after a successful driver’s license restoration appeal affects his or her ability to get a full license thereafter. This installment will be broken into 2 parts examining the requirements for and expectations of a person using an interlock unit, and how they must be met to win your full license back. 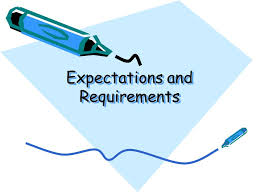 Let’s begin by explaining a key word here: violation. Almost everyone involved in the license appeal process, including driver’s license restoration lawyers, like me, and even the Michigan Secretary of State Administrative Hearing Sections (AHS) hearing officers, use this word rather loosely, and very often, incorrectly. Although it’s not accurate to do so, the term “violation” is frequently used to describe any situation where something goes wrong with the interlock unit itself, a result it produces, or how a person uses it.

To be technical about it, an ignition interlock violation consists of an instance or instances of non-compliance with the legal requirements for use of the machine that results in a formal violation of a person’s restricted license. If that formal violation is not successfully resolved with the Secretary of State (almost always after a full-blown hearing), the person’s license will be be revoked all over again, for good. This is called a “reinstatement of original action.”

The problem is that just about everyone uses the term “violation” for ANY instance of non-compliance with the interlock unit, like a positive breath sample or a power loss, even if the person otherwise proves it was a machine or mechanical error and that he or she wan’t drinking. This kind of “issue” that didn’t give rise to a formal violation often comes up at a hearing for a full license, when a person is asked to explain something like a positive result on his or her final interlock report.

Make no mistake about it, and this is the main reason for this article: you will be asked and expected to satisfactorily explain every error, glitch, goof, mistake, problem and slip-up on your ignition interlock final report. To go from a restricted license to a full license, every page of the interlock report is gone over with a fine-tooth comb.

This is where it gets confusing, because the term violation is mis-used by almost everyone in the system to describe every incident on these reports, even though none of them actually resulted in a formal violation. It would actually make more sense if we called those incidents something like “issues,” and save the term violation for an actual, formal violation where the Secretary of State sends out a notice and you have to respond, or your license remains revoked.

At this point, I think we’ve made the distinction clear enough, and reader can relax a bit now, because the point of our examination in this piece is not to clarify and define the term “violation,” but rather make clear that anytime a person has ANY issue whatsoever on the interlock, he or she is going to have to explain it at some point.

In the case of a formal violation, where a person receives an actual Secretary of State notice of violation in the mail, he or she must respond within 14 days and request a hearing, or the re-revocation of the license will automatically stand.

This gives a glimpse of how seriously the Secretary of State takes these matters.

Normally, if a person is thought to have committed a “major violation” (3 start-up failures within a single monitoring (calibration/download) period, has a tamper/circumvent (most often, a power loss) or fails or misses a rolling re-test), the state will simply reinstate his or her revocation (this is why the phrase “reinstatement of original action” is used, because the original action was the revocation of the person’s license). He or she is notified of this by mail, and the notice also gives a date in the very near future when the license will become invalid.

Unless the person requests and wins a violation hearing, it’s game over and the license is gone for good. And to be clear, there is no way to “head off” or somehow get a hearing before the revocation takes effect. To put it another way, a person will absolutely walk into a violation hearing with his or her license already revoked again. The whole point of the hearing is to  beat the violation and win it back…

If a person does not win a violation hearing, he or she must start the license restoration process all over again, after at least a year, by filing a new appeal for a restricted license. Besides getting no credit for any of the time previously spent on the interlock, he or she will also have to explain the violation that caused his or her license to be yanked again to the satisfaction of the next hearing officer.

Imagine this scenario: Brenda won her license appeal and has been on the interlock for almost 8 months. She is violated for a “tamper/circumvent” because her battery died. When she goes in for her hearing, carrying a receipt for the battery replacement, the hearing officer looks over her interlock activity log and notices that on 4 occasions, Linda has not been able to start her car in the morning because of positive breath samples. At no point did Linda have 3 start-up failures within one calibration period (that would have triggered a separate formal violation), but in reviewing the interlock activity report, the hearing officer spots these incidents

According to the report, on none of these 4 occasions did Linda “clear” the machine by continuing to provide breath samples in a way that shows her BAC going down real fast, and in a way that is more consistent like using mouthwash rather than drinking alcohol. Instead, her story is that when the vehicle wouldn’t start, she had no time to wait around because she had to get to work, so she had her neighbor drive her

When asked if she has any timely PBT test results from a police station, or EtG test results obtained from a urine sample provided on the day of the bad blows, she replies that she does not.

Even though the reason for her formal violation was the power loss (tamper/circumvent) caused by the dead battery, and even though she could prove that her battery did indeed die, Linda still loses the violation hearing and license stays revoked because the hearing officer finds that she had not met the requirements of proper interlock use due to her startup failures.

Although what happened in this example may not be common, it is also far from rare.

When a person is placed on an interlock, the burden of using it properly and being able to show that he or she has been doing that is on them. Period.

Whenever a person files for a full license, he or she is required to provide a “final report” to the Secretary of State, and this report lists any and all activity on the interlock since it has been installed.

To keep things manageable, the report that is printed is limited to only those instances where something went or appears to have gone wrong. Thus, any positive breath result will show. The printed report doesn’t generate listings for every instance where the machine was used and everything went fine, otherwise, it would be thousands of pages.

If someone has any startup failures or other positive breath samples on his or her report, and even if those particular situations aren’t the reason for the formal violation, they’ll have to be explained in a way that satisfies the hearing officer.

This is where “expectations” matter, because it is expected that a person will have no trouble on the interlock, or, if he or she does, will follow very specific instructions when something goes amiss.

Take, for example, a positive breath sample at startup. Even if that positive result is below .25 and doesn’t result in a startup failure, the state expects anyone who has won his or her license in the last few years to promptly go and get a PBT test at a police station, or an EtG urine test within that same day.

It is important to note that up until a number of years ago, this wasn’t put in writing by the state, but for the last 5 or so years, the hearing officers have included a section in the order of every winning license appeal decision explaining how to avoid interlock problems, and, this is key – what to do when and if there is one.

In the case of any positive breath test result, the SOS “strongly advises” that a person get a PBT right away at a nearby police station, or at least get an EtG urine test by the end of the day of the positive sample. In this sense, “strongly advises” pretty much means “you are expected to.”

The order granting a license also makes clear that it the person’s responsibility to read, understand, and comply with everything in it. This is precisely the kind of instruction that people tend to forget as soon as they hear it, like someone saying “be careful!” That’s unfortunate, because if there are any issues with the interlock, there comes a point where a hearing officer will almost always ask, “Didn’t you read the notice of proper ignition interlock use?”

If you answer no, then you’ll be reminded of the language in the order that it is your responsibility to read, understand and comply with everything in it. If you answer yes, then you’ll be asked why you didn’t follow through with what you knew were supposed to have done. Neither is a good position in which to find yourself.

We’ll stop here for now, and pick up again, in part 2, starting with the burden of proof you must meet anytime there are issues with your interlock.