In part 1 of this article, I pointed out that when a person wins a Michigan driver’s license restoration case and is required to use an ignition interlock, his or her performance while using it will be carefully monitored. I further noted that many (if not most) people do run into some kind of problem with the device while on it. Because the Michigan Secretary of State has certain expectations and requirements for proper interlock use, if a person does have any “issues” while on it, he or she will have to be explain those away to the satisfaction of a hearing officer, either at a violation hearing, or at least when he or she appeals for a full license. 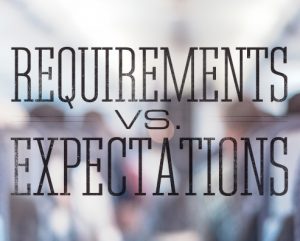 Under the law, the person seeking to win (or keep) a license has the burden of proof. It means that if a person is violated while on the interlock, he or she has the burden of proving that a positive alcohol result did not occur from beverage consumption, or that a skipped test wasn’t missed because he or she had been drinking. Ditto for a tamper/circumvent violation. This works the same way when a person is going for a full license and there is any issue on his or her final interlock report.

Years ago, a now-retired hearing officer told me that during an interlock violation hearing, he discovered that a guy had disconnected the power to the device for a few minutes, only to hook it back up after changing the settings in such a way that it would always provide negative breath results, even if he had been drinking.

That meant that every tamper/circumvent violation thereafter had to be decided with a healthy dose of skepticism, and that the person facing the violation had to prove that he or she had not, in any way, caused a power loss or otherwise “screwed around” with the machine to either modify it or do anything devious.

What’s important to keep in mind is that if you’re violated, the Secretary of State doesn’t have to prove anything – you do.

The same holds true at a hearing for a full license. Even when a person has never been violated during his or her time on the restricted license, if he or she has any positive breath samples on the final report, they have to prove those readings weren’t caused by drinking.

It is this way, in part, because many people who do try and scam the system will try and “time” their drinking so that they’re clear when they try to start the vehicle in the morning. That’s a fools game, but enough people play it, and the state is far from naive in this regard. In fact, this is why the state provides specific instructions about proper ignition interlock use in the first place.

Remember, the Secretary of State “strongly advises” (in part 1, I translated that to essentially mean “you are expected to”) that a person having a startup failure remain with the vehicle, rinse his or her mouth with water, and continue to provide breath samples until the vehicle does start.

If a person who has not been drinking does this and continues to provide breath samples, their BAC will decrease in a way that is NOT consistent with having consumed beverage alcohol. Most of the time, if a person eats something with a trace amount of alcohol (yeast in certain doughs can do this), or uses cologne or mouthwash or otherwise causes “environmental” alcohol to be picked up by the machine, it dissipates rather quickly.

The average person eliminates alcohol at a certain rate, or at least within a certain range, per hour. We can use that figure to calculate how a person’s BAC should be going down over the course of 15 minutes, then a half-hour, and so on. When a positive reading is caused by something a person ate, or by other environmental factors other than drinking, his or her BAC will decrease quickly.

If, however, a person has been drinking (and this includes ingesting cold medicine, like NyQuil), that BAC won’t go down as quickly, and will follow a path consistent with the metabolization of beverage alcohol that has been consumed. In other words, the readings will look very different if a person drank the night before, screwed up on the timing, and still has alcohol in his or her system in the morning than they would if it was some innocent mistake with a breakfast bagel or Listerine that was used too close to the time the sample was provided.

Let’s go back to Brenda, from my example in part 1, who, while at her violation hearing, told the hearing officer that when she failed her startup test in the morning, she didn’t have time to wait to get her vehicle started, so she had her neighbor drive her to work.

That’s a classic move on the part of people who drank the night before and know they won’t be able to quickly provide a clean breath sample. It also completely ignores the Secretary of State’s instructions to remain with the vehicle, rinse, and continue to provide breath samples until the car starts, and, ultimately, the readings go back to zero.

This isn’t to say that honest people who did not drink at all haven’t actually done exactly that, but this particular course of action has become the textbook example of what people who drank the night before do when they have a startup failure the next morning.

This sucks, of course, for all those people who weren’t drinking, and can’t really explain why they had a positive test.

Still, the Secretary of State expects that when this happens, a person will, whatever the inconvenience, promptly get a PBT at a nearby police station, or, at least by the end of the day, get an EtG urine test to prove they weren’t drinking. This is why we’re emphasizing expectations as much as requirements.

The rules are the rules, and once a positive result shows up, the burden shifts to the petitioner to explain it away at a violation hearing. The hearing officer’s only job is to decide if they’ve satisfactorily done that.

Remember, one of the key goals of these rules regarding license restorations is to protect the public, not someone’s driver’s license. These rules have been written with the idea that it’s better that someone who didn’t drink, but can’t prove it, loses his or her license, rather than to ever put some risky drinker back behind the wheel.

To be sure, there is an element of luck to all of this, at least to the extent that you can’t afford to be unlucky. In the real world, most people do run into a problem here or there with the interlock (some more than others), but if they follow what’s outlined in their order, they’ll generally be okay, especially when it comes to what to do when things go amiss.

Not surprisingly, one of the biggest difficulties I have to deal with in my practice is that people DON’T follow the Secretary of State’s instructions and get that PBT or EtG test when they get a positive result.

In that regard, let me be clear; even if you go to start your car in the morning and you get a really low positive result, the vehicle starts, and that BAC goes to all zeros (.000) the next time you blow, you should still get either a PBT or and EtG test. Knowing what I know now, if I was on the interlock, that’s exactly what I would do ANYTIME there was a positive reading. Better to be safe, than sorry…

Many people, however, are so excited to win their license back that they either never read the whole order (with the instructions about how to avoid problems and what to do when they arise), or scan it quickly and intend to do a more in-depth reading “later,” forgetting all about it once they learn how to properly operate the interlock device. This is exactly what shouldn’t be done, and exactly why the Secretary of State makes clear that it is the person’s responsibility to read all of, understand, and then follow EVERYTHING in their winning order.

It is just a reality that most people don’t follow up with a PBT or EtG test after a positive breath reading, figuring that, because they got the vehicle started, everything is okay. This kind of thinking is wrong, precisely because it fails to meet the expectations of the Secretary of State.

When a person with a restricted license files an appeal for a full license (technically called a “change and removal of restrictions), and any all interlock issues are examined at the hearing, and those can cause him or her to “lose” 1 of 2 ways:

First, a person can simply lose his or her whole case because the hearing officer doesn’t feel they’ve proven that the issues on the interlock were NOT caused by drinking. When this happens, even the person’s restricted license is taken away and he or she is back to square one and cannot drive at all. This usually only happens when a person has a lot of bad blows and/or a boatload of problems on his or her report.

Second, the hearing officer can, instead of just completely yanking a person’s license, decide that a person hasn’t met the Secretary of State’s expectations, but has otherwise shown it’s unlikely he or she was drinking, and therefore continue him or her on the interlock for another year in order to get it right this time.

Most of this can be avoided if a person simply takes care to use the interlock properly and follow up as instructed when there is a problem, which happens all the time. This is why a person’s performance on the interlock is important, and is measured not only by things just not going wrong, but doing what needs to be done when they do.

And with that, we circle back to the whole point of this article: When you’re put on an ignition interlock after winning a restricted license, your performance will be examined to see if you’ve met the Secretary of State’s expectations and requirements. If you’re careful, and a bit lucky, you can get through the restricted license period without any formal violations. Even so, when you come back for a hearing to get a full license, you’ll have to explain every single incident or problem with the interlock during your time on it.

When you win a restricted license, the order granting your license appeal clearly states that it is your responsibility to read, understand, and follow all the directions in it. By doing so, you can avoid most issues with the interlock. If something does go amiss, those same directions will allow you to prove that any problems weren’t deliberate, and did not involve the consumption of alcohol. This is how you move up to a full, unrestricted license without an ignition interlock.

If you need to win back your Michigan license, whether that means starting out with a restricted license, or taking the next step to full driving privileges, and you are looking to hire a lawyer, I can help, no matter where you live. The process of finding a lawyer takes some time and effort, so be a good consumer and check around. Read as much as you can. When you’re ready, ring my office. We’re really friendly people who will be glad to answer your questions and explain things. All of my consultations are done over the phone, right when you call. You can reach us Monday through Friday, from 8:30 a.m. until 5:00 p.m. (EST) at 586-465-1980.