This article will be another installment in my “loose series” about the Michigan driver’s license restoration and clearance process. Since the series has examined winning back your license from start to finish, our focus here will be on ignition interlock violations, which can only occur after you’ve won your license back. As casual as I’ve kept things in the previous 8 segments, this piece will be heavier in attitude, because interlock violations are very serious matters. Indeed, the first step in the violation process is for the Michigan Secretary of State (SOS) to revoke your license all over again (this is technically called a “reinstatement of original action). There is really no room for error once you have an interlock installed in your vehicle, and the tough approach of the state starts from the moment of the violation, includes the notice and the re-revocation of your license, and continues through the violation hearing itself. 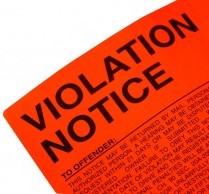 If your violation occurs because you actually had been drinking, you’re pretty much screwed. That’s kind of the whole point of the interlock device. For those who haven’t consumed alcohol but find themselves facing a violation nonetheless (this makes up the vast majority of my clients), the process still isn’t going to be fun. In the first place, every single order granting a license appeal contains a very important (but often overlooked, or at least often forgotten) section in the back about proper ignition interlock use. It advises that, in the event of a missed or positive breath test, the driver should promptly go to the nearest police station and get a PBT (portable breath test). It further advises that if that cannot be or otherwise is not done, the driver should obtain a timely EtG urine test. Many people either don’t read this far into their order, or they read this part rather quickly and then forget about it. This becomes an issue when you show up for your violation hearing, because this evidence is essentially expected. While it is not legally required, the fact that it is specifically suggested in every winning license appeal decision means you didn’t follow directions very well, at your own peril. Despite that, most often, even in those cases where alcohol is detected, I know how to prove that it wasn’t from the consumption of an alcoholic beverage (assuming it wasn’t), and win the appeal.

It is both accurate and easy to observe that the state is tough on interlock violations, and while that’s true, it really misses the larger point that it’s your job – your most important job – to prevent one from occurring in the first place. Although the end result of a hearing is not quite as harsh as “zero tolerance,” it’s quite the opposite at the beginning, where if you screw up on the interlock just once, you’re quickly violated and lose your license all over again. If this isn’t bad enough, each of the hearing officers has his or her own take on things, so you really can’t be fully prepared for the hearing until you know who is going to be deciding it. Let’s see how all this shakes out…

One of the more common interlock violations is for a missed rolling retest. Before the state required camera-equipped interlock units, there was no way to really know, after any such missed test, who blew a clean breath sample into the machine again. That made getting a timely PBT or an EtG test all the more important. It’s normal to feel that the whole violation can and should just “go away” once a person proves that they weren’t drinking, but that’s not how it works. Nowadays, with all interlocks having a camera, it’s pretty easy to see that it’s the person who missed the test who is providing a clean breath sample a few minutes later. The problem is, that doesn’t address the actual violation. Think about it: the violation is for missing a rolling retest. Even though you can come back and show you weren’t drinking, thus ending any suspicion that you were, this still completely fails to address the reason you’re in trouble – for missing the test.

In other words, it’s your obligation to take a test when requested. When you don’t, for whatever reason, you’ve violated. Of course, you can appeal and explain and ask for your license back, but merely proving that you didn’t drink is far from enough to win. Can you imagine a firefighter skipping a day of work, and, when confronted about it, responding that it’s okay because there were no calls on his shift? The firefighter’s obligation is to be at the firehouse, just as yours is to provide a breath sample WHENEVER the interlock unit notifies you to test.

Things get a little harder when we’re dealing with positive breath samples. And to be clear, it takes 3 start-up failures within any 1 download period to trigger a violation, but – and this is huge – even if you’re not violated for positive samples, you’re going to have to explain it whenever you go for a full hearing. I’ve seen situations where a person has driven with an interlock for well over the required year, and then, when finally going for his or her full license, fails to adequately explain a positive breath test or tests that never did amount to a violation, and had his or her license completely revoked all over again. In other words, the hearing officer, who could have just kept the person on a restricted license, decided to take away all driving privileges because the person could not satisfactorily explain a positive breath test. Let’s circle back, though, to how this works in violation cases.

The worst situation involves any kind of positive breath test without a timely retest proving the person didn’t drink. If Bad Luck Bobby tries to start the car at 7:45 a.m. and blows a .32, he better stick with the car, as directed in the notice of interlock use, until his breath tests come back clean. Now, if Bobby just has to leave for his job because the Vice-President is coming in, he will need to get either a PBT on the way to work, or, at least get an EtG test that night. The worst thing he can do is to skip both of those and then wait to explain to the hearing officer that he thinks the positive test was from something he ate, or some medicine he took. And let me be clear about one thing: the NyQuil defense takes the cake as the least believable and most rejected of all explanations.

Here, I have to admit that even I’m skeptical. Honestly, in the course of my whole life, the ONLY times I’ve ever heard about anyone taking NyQuil is when they fail a breath or urine test. I’ll skip the scientific review, but in order to fail a breath test, you’d have to suck down nearly a bottle of the stuff. Worse yet, the state expects you to know what’s in anything you ingest, and, moreover, to AVOID products like NyQuil that are alcohol-based. Couple that with it’s overuse, and what is known and the “NyQuil defense” is most often a fast track to losing.

There are, of course, plenty of reasons for a positive alcohol test, and there is a scientific reality to how alcohol metabolizes in the body, and how quickly it’s eliminated. I often use that to win violation hearings, but such evidence is only available if the person continues to blow into the interlock unit as his or her BAC level declines, or takes a timely PBT test. The key here, of course, is that the person was not drinking alcohol, and we use science to prove that. This all goes out the window, however, if the interlock did it’s job and catches someone who was, in fact, consuming alcohol.

Another common violation is for the dreaded “Tamper/Circumvent.” I call it “dreaded” because I’ve handled countless of these violations, and every single one has been dismissed, and they all suck. Of all the violations, Tamper/Circumvent are often the least avoidable, and almost always occur through no fault of the driver’s. Still, the state’s rules are extremely strict, and no matter how hard you have tried to avoid it, that new battery, or the work being done on your car may very well result in the re-revocation of your license, requiring that you appeal the action and appear for a hearing. Here again, there are differences in approach among the various hearing officers. Some want much more detailed information about the circumstance surrounding the violation (usually a power disconnect) than others, and if you go before one of them, short of documentation or anything else, you’ll be sorry.

So here’s the ugly part. As a lawyer, you learn the nuances and subtleties of all this the hard way. You can be the best legal scholar out there, but if you don’t know what hearing officer #1 believes about the metabolization of alcohol, you’ll find out – the hard way. Same thing with the accuracy of any kind of EtG testing; if you didn’t know that hearing officer #4 expects documentation as to the time frame for the validity of the test you took, you lose. And the argument that doesn’t work in front of hearing officer # 1 may work just fine in front of #4, just as the EtG test without documentation that wasn’t accepted by #4 will be just fine for #1. And so it goes for every combination of facts and hearing officers. In that context, experience reigns supreme.

In many of my driver’s license restoration articles on this blog, I’ve covered the various aspects of ignition interlock violation cases in detail. Here, in keeping with the “loose series” idea, and even though these violations are serious, I wanted to present more of an overview and point out that these matters do require your careful and immediate attention. For the most part, people being violated will have tried to do the right thing. I don’t knowingly take anyone’s case if I know they got caught drinking, and I don’t think I’m being naive by saying that virtually none of my clients facing a violation, for whatever reason, had, in fact, been drinking. I’ve tried to make clear, though, that as much as this situation may suck, and be unfair, it is what it is, and these are the rules you’re going to have to play by in order to get your full license back.

Of course, if you are facing an ignition interlock violation, I can help. Part of my usual “rap” is to remind everyone to check around as you look to hire a lawyer. Read what you can (okay, I’ll admit, that’s rather self-serving, given that I have published about 100 times more than everyone else combined), and then get on the phone. You can reach my office Monday through Friday from 8:30 a.m. until 5:00 p.m. (EST), at 586-465-1980. All consultations are confidential, and done over the phone, right when you call. We’re here to help.