As the number of sobriety court programs has grown in Michigan, and as more people graduate from them, I am seeing a proportional increase in the number of sobriety court graduates appealing for a full license from the Michigan Secretary of State (SOS). Sobriety court Judges are legally authorized to override the SOS revocation that comes from either a 2nd or 3rd offense DUI and issue a restricted license. In this article, we’ll examine how the only way to go from a restricted license (with an interlock) issued by sobriety court to full driving privileges (without the interlock) is to file a formal driver’s license restoration appeal, and what’s involved in that. 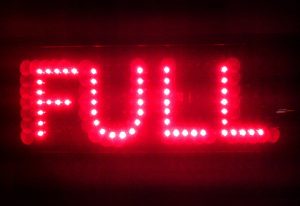 Every person who wins a restricted license through the SOS does so by documenting and explaining both their addiction and their recovery. This requires showing 2 things within those documents and then later, through testimony at a hearing: first, that their alcohol and/or substance abuse problems are under control (meaning that they have remained abstinent for at least the last 12 months, and really more like 18 months, minimum, in practice) and second, that their alcohol and/or substance abuse problems are likely to remain under control (meaning that the person is a safe bet to never drink or use drugs again).

It is a statistically established fact that only a minority (and a very small one, at that) of people who rack up multiple DUI’s will be able to quit drinking for good. Therefore, the driver’s license restoration process is designed to be hard, with the goal of denying most people who apply, not the other way around. When you think about it, if only a minority of people are going to remain sober for good, then only that minority should ever be allowed back on the road.

To make sure that happens, the main rule (Rule 13) governing license appeals begins with a clearly negative mandate: “The hearing officer shall NOT order that a restricted license be issued to the petitioner, unless the petitioner, by clear and convincing evidence, proves the following,” and then goes on to list, amongst other, the 2 key requirements mentioned above: problem under control, and problem likely to remain under control. This means you have to prove that you’ve quit drinking for good and that you have the commitment and the tools to never drink again. This is an uphill battle for everyone, including those fully committed to lifelong sobriety. The idea, of course, is to screen out anyone who has even the slightest risk to ever drink again.

In order to begin a license restoration appeal, a person must file, among other documents, at least 3 testimonial letters of support along with a substance use evaluation that sets forth his or her entire alcohol and drug use history, any prior periods of abstinence and relapse, all previous and current mental health diagnoses, any current medications (along with a list of any previous use of so-called “risky” medications), and a detailed breakdown of all the counseling and treatment they’ve ever had. In addition, the evaluator must provide both a diagnosis as well as a prognosis for continued abstinence. In a very real sense, the evaluation amounts to a kind of clinical prediction of how likely the person is to remain alcohol-free for life.

If this is all done correctly, then a hearing will be scheduled. The thing to understand about all this is that before it ever decides that someone convicted of multiple DUI’s can drive again, the Secretary of State will have come to know them rather well through both intense documentation and then careful and specific questioning at their appeal hearing.

By contrast, people from sobriety court who file for change and removal of restrictions (i.e., a “full” license) arrive as complete strangers. Personally, I am a huge fan of sobriety courts. I think they do good work. With sobriety court, you get a license simply for agreeing to follow the rules. That means, through sobriety court, you can be driving again in less than 2 months after your conviction for a 2nd or even a 3rd DUI.

This is very different from the traditional SOS license restoration process. If you have a restricted license through sobriety court, you have avoided the first phase of the state’s license restoration process, as well as the time requirements to even start that process. In non-sobriety court cases, any person whose license has been revoked for 2 DUI’s within 7 years is not eligible for at least 1 year (in practice, it’s much more like 2 years) to even file a restoration case, while anyone convicted of 3rd DUI’s within 10 years must wait at least 5 years to start the process.

In the early days of sobriety courts, it seemed unfair that someone could be driving in a matter of weeks after getting a 2nd or 3rd DUI, while everyone else with 2 DUI’s had to wait the better part of 2 years to even file an appeal, and people with 3 convictions in a 10 year period had to wait at least 5. Over time, however, sobriety court programs have proven their worth many times over, and it has become clear that most people who complete them are damn serious about their sobriety, and have invested a lot of hard work and time into it. Now, a sobriety court graduation certificate is seen as a real asset.

Even so, when a sobriety court graduate who’s been on a restricted license files for restoration of full driving privileges, the SOS has no idea who this person is, or what they’ve done to get sober. The SOS does not know their story. When such a person files a full restoration appeal, he or she is going to have to prove that they meet all of the state’s rather stringent requirements, including those that would have been mandatory to win a restricted license in the first place.

To be clear, having completed sobriety court is helpful, but is far from enough, by itself. To go from a restricted to a full license requires filing and winning a traditional restoration appeal. As with every “full” (change and removal) case, the SOS places greater emphasis on the person proving that his or her alcohol and/or substance abuse problems are likely to remain under control, meaning that the person is a safe bet to never drink or use drugs again – ever.

Winning a full license, then, necessitates meeting the specific criteria established by the Secretary of State. If you don’t know exactly what those criteria are, then you’re going to have a hard time meeting them. In addition, there is an unmistakable recovery “story” component to every license appeal case. Every person’s transition from drinker to non-drinker really is a story in its own right, and part of the process of putting together a winning license restoration case involves telling it within the framework of the rules and requirements.

The point I wanted to make in this installment is that having a restricted license through sobriety court is a good thing, and can be used as an advantage when a person becomes eligible and files for a “full” license. However, winning that full license is far from automatic, and, in fact, requires more work than most people realize. It requires all the work that would have gone into winning a restricted license from the SOS had the person not gone through sobriety court in the first place, plus all those things necessary to win a full license thereafter.

If you need help with the Michigan driver’s license restoration process and are looking to hire a lawyer, do your homework and read around. Then check around. All of my consultations are confidential and done over the phone, right when you call, and you can reach my office Monday through Friday, from 8:30 a.m. until 5:00 p.m. (EST), at 586-465-1980. We’re here to help.