The landscape of 2nd offense DUI cases is changing rapidly in Michigan due to the growth of sobriety courts.  The sobriety court law was enacted several years ago as a test, or pilot project, but it really took off, and now, more and more courts are getting in on the act.  At first, I was a bit cautious toward the whole idea, in part because of my clinical training in addiction studies.  In addition, some of that reticence was due to the fact that my practice is kind of split between handling DUI cases and driver’s license restoration appeals for people whose licenses have been revoked for multiple DUI convictions (in that sense, you can think of my practice like a “Q-tip,” with my role as a DUI lawyer on the one end,  a license restoration lawyer on the other, and alcohol as the stick that holds them both), so I deal with real sobriety even single day.  Early on, the most noticeable impact of sobriety courts was a large spike in ignition interlock violation cases before the Michigan Secretary of State.  And if you looked at just that data alone, you’d have gotten a limited, mostly negative, and completely inaccurate view of sobriety courts.  As it turns out, the sobriety court program has done a lot of good, and we are really only at the starting gate with respect to its larger potential.  In this 2-part article, I want to outline some reasons why anyone facing a 2nd, or even 3rd offense DUI should consider the sobriety court option, and look at bit at what’s involved. 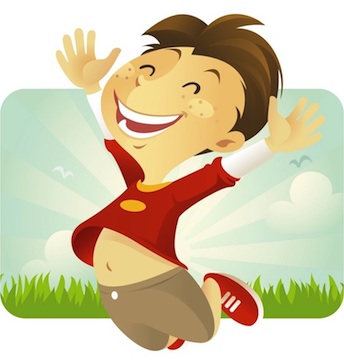 Sobriety court is a functional example of the “carrot and the stick” approach because the programs provide a huge incentive to the participant by way of overriding the automatic revocation of his or her driver’s license (meaning a person can get a restricted license where it would otherwise be impossible), while balancing that with zero tolerance for any further drinking, backed up by all kinds of testing to insure compliance.  The court system, for its part, automatically (and by operation of law) concludes that any person with a  2nd (or 3rd) offense DUI has a drinking problem.  For all the arguments to the contrary the reader may have, it is a given within the court system that if you’ve picked up a 2nd or subsequent offense, your drinking is a problem.  Period.  We have to begin from there.  The goal of sobriety court is to provide intensive rehabilitative services and help a person overcome that problem.  Obviously, this won’t work at all for someone who feels that his or her drinking is not troublesome.  Anyone convicted of a 2nd DUI offense within 7 years will automatically have his or her driver’s license revoked and, realistically speaking, won’t be able to legally drive again for at least the better part of 3 years.  It’s worse for someone convicted of a 3rd DUI within 10 years, because the mandatory revocation there is at least 5 years, and this applies no matter what the final conviction offense (like even if a person gets a great lawyer for a 3rd offense felony DUI charge and has it negotiated down to a 2nd offense misdemeanor, something I do all the time).  In a stunning exception to these set-in-stone license sanctions, a sobriety court Judge has the power to override a revocation after a 45 day suspension and grant a restricted license to anyone in the program.

This is huge, and coming from me, that means a lot.  Since about 1/2 of my practice is driver’s license restoration cases, having any 2nd or 3rd offender get a sobriety court license means one less potential license appeal for me.  If I was entirely self-interested, my analysis would end there.  But the reality is that if you can save your license and avoid having to hire me (or someone like me) just to win a restricted license years down the road, you’d have to be crazy to at least not think about it.  From my point of view, this is a no-brainer.  The problem, however, and where I still pause, is that I am not in favor of looking at sobriety court ONLY as a means to keep your driver’s license.  Part of my DNA as a lawyer and a person is the strong clinical focus that I bring to my cases.  Beyond my post-graduate matriculation in addiction studies, the entire focus of driver’s license restoration cases is on sobriety and recovery, topics that have been central to everything I do for more than 25 years.  Nor is this just some academic or professional interest, either, as I have had close and direct personal interaction with addiction issues and those struggling with them.  As a result, I want my clients to get help, and I want to assist as much as I can in that, but I have a strong aversion to just “gaming” the system and wasting sobriety court resources on someone whose only interest is in his or her driver’s license.

In the academic world, the focus is on quantifying the success of various treatment modalities (that’s a fancy academic substitute word for “methods”) for alcohol and drug problems, and to use terms like “empirically validated,” which is another rather highbrow term for saying that something is backed up by research.  In the real world, we don’t need studies to see results that are obvious.  Sobriety courts work, yet this good news must be understood within the larger context of success when it comes to alcoholism.  Statistically speaking, about 95% of all alcoholics will not achieve and maintain long-term sobriety.  The average alcoholic will die 26 years earlier than he or she otherwise would have.  At least 3 out of 4 alcoholics will never receive any treatment for their disorder.  These are grim numbers, and no drug, no kind of therapy and no sobriety court has been able improve them, or otherwise move the needle on that score.  However, it seems (at least to me) that sobriety court programs have been able to connect those who are in that 5 or so percent that have the aptitude to get better to the resources that can help them do that, and to do so earlier than they might otherwise have have.  I don’t know what the sobriety statistics about itself are, and I would take those, as I do all statistics, with at least something of a grain of salt, but those numbers wouldn’t matter to me anyway because I have seen real-life proof of the success of these programs.

At the end of the day, if sobriety courts keep any drunk drivers off the road, or improve the lives of even just a handful of people, then we’re still better off.  I’ve seen better than that, however.  One of those “empirically validated” facts that tends to get lost in the shuffle is that separating a person struggling with his or her drinking from alcohol increases the chances that he or she will remain abstinent.  It may help to think of this a bit backward: if a person who has a drinking problem is still drinking, even a little, and even if they know they have a problem, they’ll keep putting off that last drink until tomorrow, or some day down the road.  When you make it so that a person simply cannot drink, the mind and body clean out and clear up.  This does not mean a person is “ready” at any given time (remember more than 95% of people will never be ready) to give up drinking for good, but you at least get a chance to introduce them to and teach them about sobriety with a clear head, and the sobriety court programs essentially inundate a person with rehabilitative services.

I could give lots of examples of successful cases, but to keep this article manageable, I’ll give 3.  The first one came as a bit of a surprise to me.  My DUI client was facing a 3rd offense felony charge in a Wayne county district court (it is my general policy to not identify specific courts when discussing real cases, so I won’t do that here), but I was able to negotiate his charge down to a 2nd offense misdemeanor.  I also got him accepted by a sobriety court program in a Macomb County district court, and was then able to get the Judge in the Wayne County court to agree to transfer him into that program.  There was nothing remarkable about me doing that; I probably do transfer stuff like that at least once a week.  My client, for his part, had clearly been suffering from a drinking problem, but to him, at the time, his arrest for the 3rd offense was more of an annoyance or inconvenience than a clear sign he needed to stop (he was required to test as a condition of bond to prove that he wasn’t drinking).  Even facing a felony for his 3rd drunk driving arrest did little to break through his wall of denial.  As a person, he was (and is) a very educated guy, and a smart guy, but those qualities are often more of an obstacle to someone getting sober than anything else, and I didn’t think his intelligence was any kind of asset to the chances of him ever getting sober.  Anyway, he certainly understood how things worked in the court system and believed he could make it through the sobriety court program.  I figured he’d make it through, as well, just because he was smart enough to understand what was at stake. I figured it would at least be a good idea for him to get some treatment but I didn’t think he was at the point of really “getting it” in terms of his troubled relationship to alcohol.

A couple of years later, this fellow came to my office for a speeding ticket.  Without paying attention to his name in my appointment book, I walked out to greet him in my lobby, and what I saw literally blew my mind.  This is the big part:  IT TOOK ABOUT 2 SECONDS WHEN I LOOKED AT HIM AND SAW HE WAS WAY DIFFERENT.  HE WAS BETTER.  He had a glow about him and a smile I had never seen on his face.  He was happy and friendly and nice and humble and he was seriously SOBER.  He had a genuine epiphany – the proverbial “light bulb moment” – as a result of his sobriety court program and his life had changed 180 degrees for the better.  He was the exact opposite of the simmering guy I had originally met a few years before.  While he had always been decent to me, I could just feel the anger and denial beneath his polite demeanor back when we were dealing with his DUI.  That was all gone.  He was a new guy.  He credited sobriety court for getting him there.  Now, he volunteers to mentor younger men dealing with alcohol and addiction issues; he is in his 30’s, so he can connect much better with them than some “old guy” in his 50’s (at 53, I’m one of those “old guys” myself).  He was doing well, not drinking, and enjoying life more than ever, and it showed.

We’ll stop here for now, and come back in part 2 and pick up with the next real life example of how I’ve seen sobriety court help a person get better and really begin to enjoy life.  We’ll then examine how sobriety courts do that, and what it’s like to transition from drinker to non-drinker.