As Michigan DUI lawyers, one of the most common questions that we get asked is about having a DUI conviction “come off” a person’s record. Up until now, that was not legally possible, but a recent and long overdue amendment to the law will soon change that. The new law will allow someone convicted of a single DUI to request to have that conviction set aside, but it does not make an expungement automatic. Instead, a person will have to wait 5 years from the time his or her probation ends to apply for the expungement, and then the decision whether to grant it or not is up to the Judge. 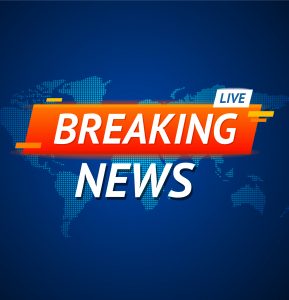 Key here is that the new amendment will require that a person formally file for the removal of a DUI conviction, making this different from other sections of the expungement law, which provide for the automatic set-aside of certain offenses after a specified time period. For all the publicity that has surrounded the newly-crafted legal provision allowing a DUI conviction to be set aside, the fact that such relief is NOT automatic has been almost completely overlooked. This is a huge omission, because there’s more to getting rid of a prior DUI conviction than just filing an application; a person basically has to earn it.

The new language added to the law requires a person to file a formal request to have a DUI conviction expunged, and specifies that the Judge must consider certain factors in deciding whether to approve or deny it. These factors are important, not only for anyone who already has a single DUI on his or her record they want taken off, but also, from this point forward, for anyone who gets charged with a 1st offense DUI and will ever even  consider seeking to have it removed from his or her criminal record down the road.

In a very real way, this means that a lawyer handling a current DUI case must not only employ a good strategy to bring about the best result in the short term, but also needs to think about what should be done now, in order to pave the way for a successful application to have the conviction set aside later on.

The new amendment to the law provides that a person with only 1 DUI on his or her record will be able to seek to have the conviction for it set aside 5 years after his or her term of probation has ended. Because it hasn’t taken effect yet (that happens in February of 2022), there will inevitably be a lot of things about it this new legal provision will need to be “worked out.”

This means that, as everything goes in the legal universe, it can be expected that different courts will do things in different ways. In the real world, we can often see variations in how the same rule of law is applied by different Judges. This will undoubtedly be the case with the expungement of DUI convictions, given that it is crystal clear that the decision to set-aside a DUI conviction is solely within the Judge’s discretion.

The fact that the law sets out the criteria a Judge must to consider in deciding whether or not to expunge a DUI conviction does at least provide a roadmap of sorts for a lawyer to use while handling a pending 1st offense OWI (Operating While Intoxicated – the actual, legal term for what everyone just calls “DUI”) case in order to set things up to make it easier and/or more likely to have the conviction set aside whenever a person does become eligible.

At this point, it’s probably most useful to look at the relevant language being added to the existing expungement statute:

This is certainly open to a lot of analysis and interpretation – even before it goes into effect. Of course, what really matters is how the Judges who have to implement it are going to analyze and interpret it, and, as noted earlier, it’s a given that there will be differences in how that all plays out among the different courts.

Indeed, one of the factors that looms over every aspect of DUI cases is the court system’s inherent alcohol bias. In short, the alcohol bias is the built-in tendency of the courts to either “see” an alcohol problem (or a potential alcohol problem) where one doesn’t actually exist, or to otherwise assess any issue a person may have with alcohol as more serious than it actually is.

The latter tendency is called “over-diagnosis,” and it is a clinically recognized and well-documented phenomenon that is a reality in the court system.

To be fair, I’m not slamming the courts, as I believe they try their best. In that regard, let’s look at 3 facts that will help put all this into perspective:

1. It has been repeatedly validated that, as a group, people who’ve had a DUI have a higher incidence of alcohol problems than the population at large.

To understand that better, consider this illustration:

First, you are instructed to go out and gather a random sampling of 1000 people, and you told that it doesn’t matter how you do that (in other words, you could get 20 people at random from each of the 50 states, or you could get 500 people from the south, and 500 from the north, or 250 from each of the 4 U.S. mainland time zones, or whatever), but that the only requirement is that every such person must at least be intelligent enough to either have, or be able to obtain, a driver’s license.

You are to call this sampling “Group A.”

Next, you are instructed to go out and do the same thing all over again, meaning to get another random group of 1000 people, except this time, there is 1 further qualification; every such person must have either previously had, or must be currently going through, a DUI case.

You are to call this sampling “Group B.”

No matter what kind of clinical screening instrument (meaning alcohol assessment “test”) is used, it will always be the case that the people who have had or are currently going through a DUI have a notably higher rate of alcohol problems than the people who have never had a DUI.

This fact only adds credibility to the court’s system’s alcohol bias.

When you think about it, that’s not really surprising. However, it means that anyone who ever goes to court for a DUI is automatically part of a higher-risk group.

2. An important part of every court’s function is “protection of the public.” In the context of DUI cases, this (quite understandably) results in a “better safe than sorry” approach.

In other words, it will always seem like the better choice to send a person convicted of a DUI to classes and/or counseling that he or she may not need than it ever will be to hold back, and maybe NOT send someone to any such educational or rehabilitative program that he or she may have needed, or that otherwise would have been beneficial.

3. The simple reality is that every person who appears before a Judge for a 1st offense DUI will promise – to the moon and back – that it will never happen again.

To be sure, most who get arrested for a single OWI are true “one and done” people who never do come back. However, EVERY 2nd and 3rd offender is someone who has assured the last Judge that they’ll never reoffend, only to go out, and, despite all of those promises to the contrary, pick up yet another DUI.

Therefore, from a Judge’s perspective, there is probably no case where he or she has ever felt they’ve overdone the educational and/or rehabilitative measures that were ultimately ordered, and even if they think they have, none is every going to lose any sleep over it.

How do these things relate to the potential expungement of a DUI conviction?

Rather directly, in fact.

Let’s look at what we just enumerated in reverse order:

Every Judge winds up dealing with plenty of people facing 2nd and 3rd offense DUI’s, all of whom were once 1st (and 2nd) offenders, and all of whom said they’d learned their lesson.

That alone would naturally makes any Judge skeptical, but when you consider the context – drunk driving – and that danger it poses, and then add in a Judge’s obligation to consider protection of the public, especially when that Judge knows that all DUI drivers are, by definition, part of an “at risk” (meaning higher-risk) group, it really reinforces the “better safe than sorry” approach.

Can you imagine a Judge considering an application to set aside a DUI conviction and NOT being concerned about whether a person poses any kind of risk to drive drunk again? His or her day-to-day experience proves that anyone can get a DUI, but also that plenty of people who get that first DUI and promise to never get another nevertheless go out and do exactly that.

Accordingly, it only makes sense that any person currently facing a DUI charge should be forward-thinking, and that considerations of getting the DUI “off” of his or her record later should factor into how his or her DUI case is handled now.

Similarly, and as the new provisions of the law make clear, anyone who has an old DUI he or she wants expunged can’t just blunder into court and say “I’d like this taken off my record, please,” even if they can show that the conviction is holding them back in some way.

The language of the new law specifies what a Judge must consider when arriving at a decision to grant a set-aside or not.

It clear that we’ll just have to wait and see how the whole expungement scheme gets implemented, that there will certainly be differences from court to court, and that anyone currently dealing with a current DUI charge needs to take all of this into account for later.

Thus, anyone going through a DUI right now can’t just “go through it” without at least some planning about what should be done in order to seek an expungement later.

If you are facing a DUI, or are considering seeking the set aside of an old DUI conviction, and looking for a lawyer, be a smart consumer and read around. Read how different lawyers explain their understanding of the law, and remember, nobody has actually done a DUI expungement yet, as the law hasn’t taken effect, so nobody is any kind of “expert” in something he or she hasn’t done.

When you’ve enough reading, start checking around. You can learn a lot by actually talking to a live person.