In part 1 of this article, we began our examination of what makes a felony different than a misdemeanor in Michigan. We saw that one key distinction is the maximum possible penalty that can be imposed, and that a misdemeanor can never be punishable by more than 1 year in jail, whereas a felony carries a potential prison sentence of any number of years. We then distinguished jail, where a person can be housed for no more than 1 year, from prison, where a person will usually remain for at least a year and a day. We then began to explore the differences between how a felony and misdemeanor charges are handled, at least at the early stages, in court. We saw how a felony charge is “tested” in the district court at the preliminary examination stage. We’ll pick up there: 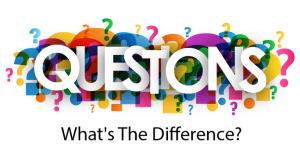 At a preliminary exam, the prosecutor will call some witnesses. This usually includes the arresting and/or investigating police officer, a victim, if there was one, and maybe a key eyewitness. Not everyone needs to testify at this phase of the case. Remember, this isn’t a trial, and the prosecutor doesn’t have to prove anything like guilt beyond a reasonable doubt, but merely that there is a debatable question of fact that the defendant committed the charged crime. In that sense, “he-said, she-said” is more than good enough for a case to survive the probable cause test at this stage.

Another way to think about this is that all the prosecutor has to do, really, is show the Judge that the case against someone is not BS. In other words, unless the district Judge would feel comfortable saying something like, “this charge is baloney,” then the case will be allowed to continue to the circuit court. On the other hand, if the Judge can say something like he or she finds no evidence that a crime was committed or a law was broken (this rarely happens), or, that he or she cannot find that there is at least an open question that the person charged with the crime did, in fact do it, then the matter will be dismissed.

In the overwhelming majority of all cases, a preliminary examination is not held, and is “waived,” instead, meaning the person agrees that there is at least enough to it that it won’t be dismissed outright at the district court, and therefore agrees to not challenge it. This allows the case to proceed to the circuit court for further plea negotiations, evidentiary disputes, and/or even trial. The waiver of a preliminary exam is not an admission of guilt, probable guilt, or anything similar. It is merely an acknowledgement that the district Judge probably won’t dismiss it as outright BS.

For many years, scheduling a preliminary exam in Michigan meant hauling everybody, including the police, and any victim and/or witnesses to court – essentially for nothing – since almost every exam was waived anyway. What did happen, though, is that when they’d meet, the prosecutor and the defense lawyer would have discussions that would ultimately help resolve the case. These district court meetings on preliminary exam dates were constructive, because often, felony charges would get negotiated down to misdemeanors, instead.

Of course, the person facing the felony charge would be more than happy to take advantage of any such plea bargain. Other times, work would at least start on a potential plea deal, either to be resolved in the district court, or later, in the circuit court. It was quite common for the parties at the preliminary exam to agree to meet again, for another preliminary exam date, to continue their discussions.

The problem was that all the witnesses had to show up for each these dates, and most often would just sit there and do nothing while the lawyers talked amongst themselves.

A few years ago, the Michigan legislature came up with a fix for this waste of time, and changed the law so that instead of scheduling a preliminary exam as the first step after an arraignment, the parties would instead show up for what is called a “probable cause conference.” This is still a meeting between the prosecutor and the defense lawyer, and it still takes place in the district court, but it occurs before the date for the preliminary exam and is held without dragging in any of the witnesses or other parties. In other words, these initial meetings are more informal (but still important) and are limited to just the defense lawyer and the prosecutor.

This inconveniences a lot less people if (and most often, when) the lawyers agree to come back a few weeks later to discuss the case further. In theory, one of the main purposes of the probable cause conference is determine whether there will actually be a preliminary exam or not, but these pre-exam meetings often serve as the starting point for plea and/or sentence negotiations, so the idea of having the prosecutor and defense attorney meet without dragging everyone else to court to discuss things is really, genuinely productive.

Even though we’ve examined these in reverse order, the probable cause conference comes first, and is often followed by one or more additional probable cause conferences. This is different than it used to be, when everybody involved in the case had to show up for a preliminary exam, only to have it adjourned and have to come back again for another, and maybe even one or more after that.

If you remove the technical terms from all of this, it makes things more understandable to say that before a preliminary exam is held, there can be any number of meetings between the prosecutor and the defense lawyer to discuss things, including whether or not a plea bargain can be worked out early, and/or whether a preliminary examination will actually be held.

If a person does waive his or her preliminary exam (and it can be waived right away, even at the first probable cause conference), or, if the preliminary exam hearing is actually held and the Judge decides to not dismiss the case outright, it will then be “bound over,” meaning that it is transferred, for all further proceedings, to the county circuit court, for the next step, called a “pretrial.”

There is a pretrial in every criminal case, whether it’s a felony or a misdemeanor. A “pretrial” simply means a meeting of the prosecutor and the defense lawyer “pre,” or prior, to trial. The key purpose of a pretrial is to find a way to resolve the case through a plea or plea bargain without the need for an actual trial. There can be any number of pretrial meetings.

In a misdemeanor case, the pre-trial is the next thing scheduled after the arraignment. Here, in some local district courts in the Metro-Detroit area (Wayne, Oakland and Macomb Counties), a person will receive a court notice for what is designated as an “arraignment/pre-trial,” and that will stand as the person’s first court date. However it gets listed on a court notice, the pre-trial is the first substantive proceeding in a misdemeanor case.

A lot of things can be discussed between the parties at a pretrial, whether in a felony or a misdemeanor case. Sometimes, the evidence is disputed in a way that leads to a legal challenge. Other times, the defense lawyer may be asked or want to provide information to the prosecutor that will either result in a dismissal or reduction in the charge or charges. In certain situations, a person may have more than one case pending, and one of them is paused to see what happens in the other in order to work things out more favorably.

Most of the time, however, the prosecutor and defense lawyer are focused on whether or not there needs to be a trial, and how to avoid it. Obviously, a good defense lawyer is always ready to go to trial if he or she can win. However, in overwhelming majority of cases, there won’t be a trial, so the defense lawyer looks, instead, to cut a deal to minimize the consequences for the client, usually through a plea and/or sentence bargain. It goes beyond the scope of this article to examine what happens at a pre-trial (you want this to wrap up soon, don’t you?), but for the reader interested, just type the word pretrial (or pre-trial) in the search box of this blog to pull up some of my articles that do just that.

For purposes of this article, we have seen that the 2 major things that differentiate a felony from a misdemeanor are the maximum period of incarceration and the court procedure after the arraignment. One thing they have in common is that they’re both best handled by a competent lawyer. If you’re facing a misdemeanor or felony, take the time to do your homework as you look for a legal representation. There is a lot to that statement, but take it for what it means: be a smart consumer and gather real information. If your case is pending here, in the Tri-County (Oakland, Macomb or Wayne County), check around, and contact my office as part of your inquiries.

All of my consultations are confidential, and done over the phone, right when whey you call. We are really friendly people who will be glad to answer your questions and explain things. You can reach us Monday through Friday, from 8:30 a.m. until 5:00 p.m., at 586-465-1980. We’re here to help.