For most people, the experience of being arrested for a DUI is actually ironic, because it takes a person who is not a “criminal” in any sense of the word and thrusts him or her right into the middle of the criminal process. It’s a good thing if a person facing a drinking and driving charge thinks, “I don’t belong here.” The experience of being hauled off to jail is humiliating, and the more you feel that, the better, because it means your moral and social compass is pointing in the right direction. In this article, I want to return to the notion that who you are as a person matters in the context of an OWI (Operating While Intoxicated) case. 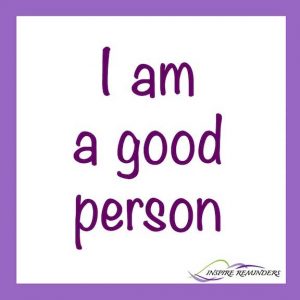 No matter who you are, you walk through the courthouse doors with a certain amount of status, called “social capital.” This is not about money; instead, it’s about your worth as a person. Mother Theresa had almost no earthly possessions, but her social capital was sky-high. On the other hand, some obnoxious “gansta rapper” who has accumulated a lot of fame and money while also getting in trouble all the time has much less social capital. In that sense, social capital is primarily about how much you are worth to society – as a family member, friend, employee/employer and neighbor. Money can be a consideration, but mostly when it stands a reference to what you’ve made of yourself through work and education, or how you help the community overall. Social capital is, more than anything else, a measure of the kind of person you are and your personal accomplishments.

In a very real sense, the farther you potentially have to fall as a result of a drunk driving case, the better. Most law-abiding, hard-working people are going to be at least a little bit freaked out over picking up a DUI. That’s as it should be. Imagine the kind of person with enough experience in the criminal justice system to NOT be concerned- that’s exactly the person you don’t want to be. In a very recent article, we poked around this subject a bit by examining what it’s like for a person who has never been in trouble before to wind up charged with drunk driving. There will certainly be some overlap here, particularly because, in a general sense, the less you’ve been in trouble, the more social capital you’re likely to have. An unemployed high-school dropout doesn’t have a lot of social capital in society. By contrast, a married nurse who owns a home and has 2 kids has plenty.

Social capital is not something that can be quantified, like one’s net worth. It is a matter of perception, and one of the main jobs of a DUI lawyer is to manage how his or her client is perceived. This gets overlooked in the assembly-line world of price-competing, discount lawyers who earn their keep by moving the greatest number of cases through the system as quickly as possible. However, if you pause for even a moment to think about it, how you are ultimately perceived is THE single most important factor in determining what happens to you. If, for example, you come across to the Judge as unconcerned and having a troubled relationship to alcohol, you’re in for a much rougher ride than someone who is genuinely and obviously remorseful, and who is seen as an occasional social drinker who simply overindulged in an out-of-character way.

Thus, it becomes my job to help manage my client’s image, at least as it will be presented to the court. This all begins at our first appointment. This is NOT the kind of thing that can be done in a 20-minute or half-hour meeting. I have to spend quality time with my client. Of course, a first meeting should allow the client to ask all of his or her questions and provide an opportunity for the me to explain how the case will proceed, but then there is a human, personal element, as well, that helps energize me when I meet with the prosecutor. This is not a bunch of hot air, or some sales-pitch, either. In the real world, once I meet a person, and see the concern (and even tears) in their eyes, I am changed. I cannot help but carry the weight of their concern on my shoulders. This affects how I deal with the prosecutor. I don’t think of my client as a “file,” but rather as the person for whom a suspended license might be the end of the world. It’s not that my client alone will be hurt by such an outcome, but rather that we, as the team, will be hurt. This is how that personal element energizes me.

Of course, I not only have to stand up strong for my client, but also to him or her, as well. If a client comes in after crashing into the front of a business (I’ve had that happen), essentially totaling the storefront, and was pulled from the car, passed-out drunk with a BAC that was through the roof, no matter how remorseful he or she may be, I have to help him or her understand and accept the realities of the situation instead of painting an unrealistically rosy picture.

And for all of this, there is an element of luck, as well. The big societal worry about drunk driving is that people can die, or be hurt, and those are valid concerns, but the simple fact of the matter is that for the overwhelming majority of people facing a DUI, nothing like that happened. The week before this article was written, some teenagers had been throwing rocks down onto I-75 from an overpass near Flint, Michigan, and a man was killed as a result. It was a big tragedy, and it made big news. Now, these aren’t the first kids to toss stuff onto a freeway, and although that’s always a bad thing, you can be sure these kids are in a million times more trouble because of the death that was caused than some kids who didn’t damage anything or hurt anyone. All the social capital in the world loses its value if someone was hurt. In other words, for all the things that could have happened, we need to capitalize on the fact that NOTHING did.

Often, I will have my client write up a short bio about themselves. I want a list of all the good things you’ve done. This can include things you did in high school, all the good things you’ve done since, and the worthwhile things you do now. And yes, things like being a good parent or helping take care of an aging parent do count. This idea of “who you are” filters down to how I address the court, as well. I remember when I was a young, newbie lawyer, and I’d sit in court and watch other lawyers introduce themselves as “attorney for the defendant,” or “defense counsel.” Even then, I realized that could only make the client – that human being who hired me to go out and make things better – seem like just another case, or a file, or some anonymous entity. I would always step up and introduce myself by saying something like, “Good morning, Your Honor, Jeffrey Randa, attorney for Jane Doe.” I wanted to humanize and personalize my client. My client isn’t just another matter on the morning docket – my client is a three-dimensional human being who has hopes and dreams and has weathered disappointments; she is nervous as she walks up to the podium. She’s someone’s daughter, and she has plans and ambitions, and she has fears and concerns. She is a good person who probably brakes for squirrels who dart into the street. I want the Judge to know my client as a person, not as a file.

Thus, you as a person need to be known. As a lawyer, I make sure that happens. Sure, the facts of the case are important, but so are the facts about you. You aren’t just some guy or some lady. Who you are as a person matters. You will never get the best results in a DUI case if you’re pushed through the court system anonymously. It’s kind of like that old saying, “It’s not what you know, but who you know.” Here, it’s more that you get to be known. When you’re a good person who has made a bad decision, it is important to focus on that contrast. In that sense, we need to borrow against your social capital. We need to spend it, or, I might say, invest it. You probably will never find a better time to do so.

That’s our big takeaway here: who you are as a person matters in a DUI case. If you, or someone you care about is facing a DUI anywhere in the Greater-Detroit area (meaning anywhere in Macomb, Oakland or Wayne County), I can help. I’ll make sure that you get full credit for who you are as a person. Your job, as you look for a lawyer, is to read around. Read the articles lawyers have written and consider how they analyze things like this. Then, start making inquiries and asking questions. All of my consultations are confidential, free, and done over the phone, right when you call. My office can be reached Monday through Friday, from 8:30 a.m. until 5:00 p.m., at (586) 465-1980. We’re here to help.