Our goal, as Michigan criminal, driver’s license restoration and DUI lawyers, is to produce the best results possible in every case we take while being fair and honest. We are a premium service law firm, and therefore don’t compete with any other lawyers or law firms on price. However, we are the ONLY law firm that actually lists its prices, and also the only one that talks about money, as I’m going to do here. Frankly, I cannot understand why the subject of cost is treated like some big secret, especially because it’s such an important part of hiring a lawyer. 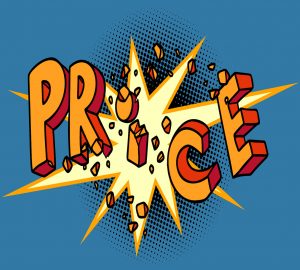 There are 2 important things about money and legal services worth noting, and they’re like opposite sides of the same coin: First – you will never get what you don’t pay for when you hire a lawyer. Experienced, skilled and talented lawyers will never compete to be the most “affordable.” The better class of anything is never cheap. Second, it is an unfortunate fact that too many attorneys charge far more than their representation is worth. It’s much easier to wind up paying too much for an average, mediocre lawyer than to get any kind of “deal” for top-notch legal services.

Our firm hasn’t raised prices for almost 2 years (since November 19, 2019, to be exact), but recent cost increases have left us with no other choice. The Coronavirus pandemic has caused just about everything to go up in price, and the expense of that has reached our door, as well. In addition, we’ve added staff to our team, so our overhead costs have grown, and we had to offset some of that by increasing our fees. In this article, I want to explain why it had to be done, and to talk about legal fees in the context of criminal, driver’s license restoration and DUI cases.

I know that, when it comes to Michigan driver’s license restoration and clearance appeals, our fees lean toward the higher end of the spectrum, but the level of our service is unmatched, and without rival. Standing alone, that statement almost sounds like a bunch of marketing hype, but my team and I actually back up those words with an ironclad guarantee to win every restoration and clearance case we accept. In that regard, we really do put our money where our mouths are.

When it comes to Michigan driver’s license restoration and out-of-state clearance appeals, nobody beats us – period. Our firm has been the “big dog” in this field since before it ever became a “field” in and of itself, and I don’t EVER intend to be second-best to anyone.

In keeping with that whole “put your money where your mouth is” thing, we are also the ONLY firm I know of that openly advises anyone looking for a lawyer to take his or her time and comparison shop. We don’t use answering services, AI chat windows, nor do we resort to tactics like in-office consultations to try and “rope” someone in, and we openly suggest that everyone looking for representation be a careful (as in cautious) consumer.

You want a consultation with us? All you have to do is call during regular business hours.

To do this right, a person is going to have to put in some effort to finding an attorney by calling around and asking questions. Think about it this way: if your refrigerator or washing machine died on you and you had to get a new one, you’d at least check out your options before deciding which one to buy, wouldn’t you?

A lawyer is going to cost a lot more than either of those things, so why would anyone NOT be a wise consumer and at least do a little comparing?

And to be clear, by “compare,” I don’t to mean price-shop. In fact, I specifically mean NOT price- shopping. That’s about the worst way to find a lawyer, and as I noted above, anyone looking for the “best price” for legal services can skip right past our firm because you won’t find it with us.

In the criminal and drunk driving world, our fees fall somewhere in the middle of the cost spectrum, at least from what I can surmise. Our firm really does set its fees without reference to anyone else.

That said, we have had more than a few license appeal clients who have said they felt “taken” by some lawyer who charged them $7000 (and even more!) for a 1st offense DUI case, because they thought that by paying that money, they’d completely get out of their charge.

And then they found out that they paid extra for nothing.

In addition, my team and I have also been hired to do clean-up work in many times after some lawyer charged an outrageous fee in a criminal case, only to produce an entirely unimpressive result.

When it comes to money, I have long believed in publishing our fees online. Nobody ever has to call our office and wonder what we charge, or if we’re “upping” the price for one reason, or dropping it for another. If we list a price as “X,” and a caller tells us that another lawyer will do the same case for less, then we’ll basically say “well then, go for it.”

In that regard, we don’t “play” anyone for money, and we don’t play games about it, either. We never try and size someone up to see what they’ve been quoted by anyone else in order to try and figure out what price we should quote to get the case.

By publishing our fees, we can’t even think of trying that kind of stuff.

We are completely open about fees because we have a published price list. This is a personal thing with me, as I am always reluctant to do business with anyone who isn’t clear and upfront about costs.

When you’re facing criminal or DUI charges, or are ready to undertake a license appeal, the last thing you need are games of any kind.

Many years ago, I made the mistake of publishing my fee schedule at the time in some of my blog articles. A while later, when those fees changed, it didn’t take a lot for me to find the few in which I had specified how much we charged for the various kinds of cases we handled and update them with the new amounts.

A number of years later, when I had written and published more than 600 articles and fees went up again, finding those specific articles that listed the old amounts became a lot more difficult. It took forever to go through them, and just when I thought I had updated every last one with the new prices, someone would call the office and point out an amount I had mentioned in one that I hadn’t found.

That was such a chore that I decided to go back and find every last one and remove any mention of specific prices, and instead, link to the standalone “Fees” section of our website. That’s at the top of the desktop version of our site and blog, and can be easily found on the mobile versions, as well. Now, we can talk about fees all day long, but the exact numbers are all in one place.

Accordingly, the fees listed there are both current and accurate and. Just in case, though, here’s our big disclaimer: No matter what one may find in any one of the more than 1200 blog articles I have written and published to date, or anywhere else, for that matter, what controls is what’s listed on the Fees section of our site.

Ultimately, it is our goal to proved the best legal services at a fair price. To me, a fair price is simply one that would think is fair if I were the person who had to pay it if I needed help with something like a DUI charge. I do NOT think a “fair” price is the highest we can get, just because we can get it. My team and I work hard and we are conscientious people who pour our hearts and our souls into what we do.

We’d never want to “fleece” someone, even if we could. We live by the golden rule and we actually do treat others as we would want to be treated.

I get that, in the larger picture, this notice that our fees have up is probably not of much use to anyone, given that nobody plans to get a DUI, or to wind up facing a criminal charge, like indecent exposure, but I struggle with these things and I wish I didn’t have to do this, so this is at least an opportunity for me to vent.

Obviously, there is no grand takeaway from this piece. However, maybe the reader can at least get a feel for how my team and I are as people, and how we communicate. I know you won’t see prices listed and a guaranteed provided anywhere else, much less an article like this, so take that for what it’s worth.

About 10 years ago or so, I called an older colleague of mine to whom I was referring a case. The client was a good friend of mine, and I told my colleague he was the first person that came to mind because I knew him to be an honest lawyer and a person of good conscience.

He joked in reply that his conscience had cost him a fortune over the course of his career.

It took me a while to really appreciate how true that statement can be, but now, as I look back over my 30-plus years practicing law, I can say the same thing.

Yet I wouldn’t have it any other way….

If you are facing a criminal or DUI charge, or need to win back your driver’s license, or otherwise clear a Michigan hold on your driving record, be a savvy consumer and read around. Pay attention to how different lawyers explain things, and how they explain themselves.