In the world of probation violations, people try to advance all kind of stupid defenses that don’t fly. Probably the most famous is what some Judges call the “NyQuil defense,” a tired and losing attempt to explain away a failed alcohol test of some sort. In this article, I want to explain how a stupid defense can make things worse, and how a lawyer who doesn’t have the experience and confidence to call BS when he or she sees it actually makes things worse for the client, and not better. 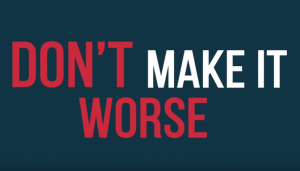 Let’s start with the lawyers. There are too many of them so hungry for cases that they compete with each other by cutting prices down to the bone, and, for fear of losing a potential customer, will simply nod and agree with everything a potential client says. A good lawyer should be upfront and explain that a stupid idea won’t fly, not just take someone’s money and try it anyway. More than anything else, that’s the sign of a lawyer desperate for work. Remember, too, that every Judge out there has already heard every excuse in the book 10 times over, and won’t be easily fooled.

This is why the “NyQuil defense” is so famous; it would take a lot (as in multiple bottles) of that stuff to fail most breath or urine tests used by the courts. When used as directed, or even used in double-doses, a person taking cold medicine will NOT fail either a breath or EtG urine test, or will at least only produce a result that shows minimal ingestion. There is an obvious difference between test results produced by the beverage consumption of alcohol and that produced by using cold medicine, even if a person “swigs” it. Every Judge knows this, as does any good lawyer. Thus, as an excuse for a positive test result, it won’t work.

Lesser lawyers, however, will still try and argue things like that. Being a “yes” person may be an easy way to get someone to pay a retainer, but it’s pretty much wrong in every other meaningful sense of the word, especially when it comes to being a lawyer. This is not to say I haven’t used and won violations using some version of the “NyQuil defense,” but that’s because I know what I’m doing, and had situations wherein the metabolite level in my clients’ urine was low enough for that argument to be believed.

This is far different than a person failing a PBT test by having a BAC that is consistent with the beverage consumption of alcohol the night before.

The “NyQuil defense” is just one example of an infinite number of stupid defenses to a probation violation (and of course, poor as it is, only applies to positive breath or urine test results). The point I’m driving at is that sometimes, no defense is actually better than a stupid defense.

In a very real way, a good lawyer can usually produce a better result for a client who is honest, and will admit that he or she screwed up, over what some crappy lawyer can get by trying to sell the Judge a bunch of BS. Every Judge out there has not only heard it all, but has also learned how to read people. No matter how much a violation can exceed the Judge’s patience or tolerance, it only makes things worse when someone tries to scam his or her way out of it with BS.

This is an important guidepost for dealing with any Judge, and as a lawyer gets better and older, Judges expect more from him or her. When a court-appointed newbie repeats some lame explanation given by his or her client (like the “NyQuil defense”), the Judge is likely to chalk that up to a lack of experience. However, when a lawyer has been around 20 or more years, he or she should not only know better, but also have developed the kind of leadership skills to tell the client that his or her excuses just plain suck.

Of course, court-appointed lawyers (and those hungry for cases) can’t really do that.

While it’s never a good idea to offer a bad excuse, a person facing a violation must always present some kind of explanation for how or why he or she ran afoul of the order of probation. An explanation can also excuse, in whole or part, a person’s conduct, but is not necessarily the same thing as an excuse. In some cases, it can be, but in others, a person isn’t trying to excuse anything they did or didn’t do, but rather explain what happened. Sometimes, this kind of explanation can be direct, and raw, and amount to a simple “I’m sorry; I screwed up – again.”

This usually doesn’t come as breaking news. In the real world, nobody gets violated for excellent performance. Implicit in every violation is the idea that a person either did something forbidden, or didn’t do something that was required. Wasting a Judge’s time with BS will only test his or her patience, piss him or her off all the more, and ultimately cost the person credibility when they do get to that part about it NOT happening again.

Let’s circle back to the example of a breath or urine test result that’s positive for alcohol. When a person gets violated, there is evidence; there is a failed test of some sort. It’s not like some stranger calls the probation officer and says “By the way, I smelled alcohol on so-and-so’s breath,” and then the person gets in trouble for that.

In a situation where a person on probation gets violated for failing a breath or EtG test, he or she has several options:

First, he or she can try and show the test result was wrong. I have had his happen, and have WON violations because urine samples got mixed up, or the breath testing machine malfunctioned.

Second, the person can explain why there was alcohol in his or her system. If someone did take NyQuil (even by the swig, and not using the little cup that comes in the package), it will produce very different results than someone who consumed beverage alcohol.

Third, a person can admit to having consumed alcohol. In some cases, there really is no choice because the positive test result is based on a level of alcohol way too high to be anything other than by beverage consumption.

The first and second options are both explanations and excuses. The third is merely an explanation, but it’s still better than an excuse like “The dog ate my homework.”

When a Judge knows that, absent a serious mix-up of some sort, it is clear that someone was drinking, then going before him or her and doing anything other than admitting the truth will only make things worse. The goal in a violation is to REDUCE the Judge’s anger, not ramp it up.

This is where the real value of a good lawyer comes into play. Long before a word is ever spoken to the Judge, the lawyer should have explored everything about the violation with the client. Returning to the example we’ve been using, a positive-for-alcohol breath or urine test result, it is imperative that the lawyer help the client explore, and then be able to explain, why it won’t happen again.

When a person has been ordered to not drink alcohol, and then gets caught doing so, it means there is some kind of problem – either with alcohol itself, or perhaps just with accepting having to sit out any social drinking as part of the punishment for whatever offense landed him or her on probation in the first place.

In the latter kind of situation, I will work with my client to be able to explain that he or she didn’t drink because of some irresistible compulsion or urge. Instead, we’ll make clear that the person didn’t fully understand how being prevented from doing something that is otherwise legal IS part of the penalty, and that, moreover, they didn’t drink with any intention to disrespect the Judge, but rather without any degree of thought.

In other words, a kind of meaningful, “Oops…”

As part of that, I will help my client be able to articulate that, ever since the violation, he or she has been scared beyond words, and that the anxiety of having to come back before the court and explain all this has been a nightmare, and far more of a “punishment” than not drinking for the next 5 years.

The point I’m trying to make is that we have to be able to make the Judge believe something has changed within the person, and that when he or she promises it won’t happen again, that’s a solemn promise, not a load of BS. Of course, that’s impossible to do that if a person tries to scam out of a probation violation with some BS excuse in the first place.

And that brings us right back to where we started: it’s never a good idea to try and pass off a stupid defense to a probation violation. If you’ve screwed up, let’s focus on what you’ve learned, and explain to the Judge why he or she can really believe it when you say, “it won’t happen again.”

If you’re facing a probation violation in any court in Oakland, Macomb or Wayne County, and are looking for a lawyer, do your homework. Read around (I have written numerous articles on this blog about probation violations), then check around. All of my consultations are confidential and done over the phone, right when you call. We’re really friendly people who will be glad to answer your questions and explain things. You can reach my office Monday through Friday, from 8:30 a.m. until 5:00 p.m., at 585-465-1980.