There is a significant difference between Michigan DUI lawyers and lawyers who just handles DUI cases. Every once in a while, in certain drunk driving cases, that may not matter too much. However, the difference in experience between a regular lawyer and a Michigan DUI lawyer can often directly impact the outcome of case. That’s when it WILL matter – a lot – especially if it’s your case. What’s more, it’s not like hiring a bona-fide DUI lawyer is going to cost a person any more money, so when facing a drunk driving charge, there really is no good reason to do otherwise. 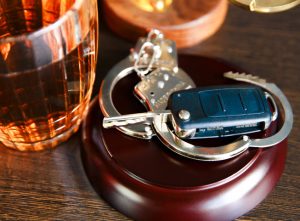 The inspiration for this article came about from a recent, real life experience. A family friend had contacted our office about a DUI charge for one of their children. Ultimately, they wound up hiring a very inexpensive lawyer who had handled a divorce for some relative. The fact that he/she offered a super bargain price was just too good for them to pass up. Our firm couldn’t take on the case for anything close what that sole practitioner charged, as we have payroll and other obligations.

Nevertheless, I have continued to provide some help in the background to my friends. In speaking with them, however, it has become clear that this lawyer is very much a general practice solo attorney. In this case, his/her lack of specific DUI experience has already proven troublesome. I must note my need to be cautious here, as I describe things, in order to not reveal any potentially identifying information. Accordingly, I have to be somewhat vague, even about gender.

The person at issue was significantly over the legal limit when pulled over. As a result, he/she was charged with the more serious “High BAC” offense. When I last spoke with one of the family members, the person’s first court date was coming up soon. I asked what steps the lawyer had taken by way of a substance use evaluation and possible counseling. To my surprise – and that person’s disappointment – I got a blank stare before being asked, “what do you mean?”

It was right then that the idea of a “bargain” went out the window. I explained that, taking into consideration both the High BAC charge and the specific court where this DUI case was being heard, it would be extremely advantageous to be proactive and have a substance use evaluation completed. Following whatever alcohol counseling suggested therein would also be wise. Given the underlying facts of the case – particularly the very high BAC result – it is a virtual certainly that some kind of counseling would be recommended.

As I explained, it is also a sure thing that the court will eventually require this person to complete some kind of counseling, as well. Knowing the Judges who preside there, that’s really a foregone conclusion. The family member with whom I was speaking then expressed regret for not having hired our firm, and having let the person jump at what seemed like a bargain. I replied that I understood about the money. Given our long-term friendship, I promised to continue to provide as much help as I could, even if from a distance.

That started with the advice to find a counselor, and I offered some tips about how to do that. I explained that courts will usually send people to whatever local counselor they use. Not to be indelicate about it, but that can, sometimes, be a nightmare. In fact, I know of one court that uses the worst counselor I’ve ever encountered (an opinion shared by others who “decide” legal cases). I don’t say that lightly, but rather as a Michigan DUI lawyer who has also completed a formal, post-graduate program of addiction studies.

As a result, I have a thorough clinical understanding of the development and diagnosis of alcohol and substance abuse problems. In addition, I am keenly aware that there are many treatment protocols and different ways people recover. An important part of our practice, as Michigan DUI lawyers, is handling driver’s license restoration appeals. After losing his or her license for multiple DUI’s, a person must prove his or her sobriety to the Secretary of State in order to get it back.

As such, my team and I spend pretty much all day, ever day, dealing with alcohol-related issues. This ranges from the problems caused by someone’s drinking (like DUI charges) to how they ultimately got sober, which is relevant in license appeal cases. Consequently, I know all about alcohol and substance abuse treatment. I’ve had a front row seat for over 3 decades to what works, and what doesn’t.

That makes it hard for me to watch some well-meaning Judge send people off to some local, but not particularly good counselor, who has simply lobbied his or her way into getting the court’s counseling referrals.

As Michigan DUI lawyers, my team and I don’t sit back and wait for things like that to happen in our cases. Instead we take charge, and assist our clients to find the kind of counseling that will work for them. We understand that this must be something that is both affordable and also NOT inconvenient.

It also means helping the client do and/or get into something that will help in the case itself. Of course, any such counseling must also be acceptable to the Judge. This will avoid the client being forced into some other counseling or treatment that is NOT a good fit for him or her.

The idea of “helping” the case means doing something that actually will make things better. This can include everything from assisting us in negotiating a really good plea bargain to working our a really good (as in lenient) sentence.

Many lawyers will look it over just to “see what’s there.” By contrast, my team and I scrutinize it with the mindset that there IS something “there” that we can use to our client’s advantage. We take the view that it’s simply up to us to keep digging until we find it. Obviously, one can’t find what doesn’t exist, but by being so extra-diligent, we often discover things that would otherwise be missed.

In practice, even if those things – either alone or cumulatively – aren’t enough to get a case dismissed outright, they can (and often do) help drive a better outcome.

At the end of the day, success in a DUI case is best measured by what does NOT happen to you. If a case can’t be tossed out of court, then we have to produce the best outcome under the facts a circumstances that do exist. In simple terms, that means avoiding as many of the potential legal penalties and negative consequences as possible.

I have no idea how many DUI cases the lawyer mentioned above has handled. I’d bet, however, that my team and I have handled more in any month than that person had handled in the last decade. Because we are Michigan DUI lawyers, we’ve seen everything DUI-related, quite literally, thousands of times over.

That kind of DUI experience is invaluable for the client. Our firm doesn’t handle things like home invasion, murder or rape cases. We stay in our lane, and handle the same kinds cases, in the same courts, before the same Judges, every single day.

In addition to being Michigan DUI lawyers, my team and I are local DUI lawyers. Our driver’s license restoration practice, although related, is very different, and is statewide.

By contrast, our DUI practice is concentrated in the Greater-Detroit area. For us, that means in the courts of Wayne, Oakland Macomb, and the surrounding counties. It’s keeping it “local” that has us working with those same prosecutors, in those same courts, and before those same Judges, every single day.

I strongly believe in local. Knowing the DUI laws is important, but so is knowing what will and what won’t fly in a certain court, or with a particular Judge. For example, it’s often helpful to slow down the progress of a DUI case, in order to work things out more favorably. As a defense tactic, however, that won’t do any good if a case is assigned to a “rocket-docket” Judge who moves all of his or her cases as quickly as possible. Knowing as much, we won’t make “timing” part of the defense strategy in such a case.

When you hire a lawyer, you expect to be paying for his or her (hopefully considerable) experience with your kind of case, and in a court where he or she knows how things are done. The last thing you want is to be forking over your money as tuition for him or her to get that experience.

You won’t get that with us.

When it comes to money, I know our firm is right in the thick of things. That said, we are the ONLY Michigan DUI lawyers to publish prices. Although we have no interest in competing with anyone else on cost, I am sure that there are some lawyers who charge less. There are also plenty who charge more.

Whatever else, a person will never get top quality legal services at bargain prices. You will simply never get what you don’t pay for. I’m sure the people whose experience inspired this article would agree with that.

On the flip side, however, there are way too many lawyers who charge top dollar for nothing more than average legal services. Paying a lot does not necessarily mean getting a lot. There are, for example, some general “criminal” lawyers who charge huge fees for DUI cases with no pretense of having any kind of specialization in drunk driving matters.

Consequently, if you are looking for a lawyer for a DUI case, you need to be a savvy consumer. Read how different lawyers break down the DUI process, and how they explain their various approaches to it.

This blog is a great place to start. It is fully searchable and updated with 2 new installments each week. With over 580 original articles in the DUI section to date, it has more information than can be found any and everywhere else combined.

Don’t take my word for it, though. Read around for yourself. Once you’ve done enough of that, start checking around. You can learn a lot by speaking with a live person. If your case is pending anywhere in Wayne, Oakland, Macomb or the surrounding counties, give our firm a ring, as well.