In the course of our work as Michigan driver’s license restoration lawyers, we handle a lot of ignition interlock violation cases. While an interlock violation is always frustrating for the person who gets it, we also feel the same way when it occurs after a person could have otherwise gotten off the interlock and had a full license. Under Michigan law, when a person wins a driver’s license restoration case, he or she is required to drive on a restricted license, with an interlock unit, for at least 1 year. After that first year, he or she can request unrestricted, full driving privileges. 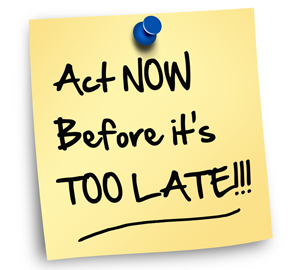 It’s one thing when a person runs into some kind of trouble with the interlock device during that first year. As the saying goes, “$hit happens,” and that’s especially true when using a breath alcohol ignition interlock device (BAIID). Questions about whether or not a particular violation could have been avoided may be relevant during that first year, but after that, no matter what, the simple fact is that a person could have avoided any issues simply by having moved forward to get off the damn thing and regain full driving privileges.

The real inspiration for this article came 2 days before I started writing it, when I went in for (and won) yet another violation hearing for a fellow whose wife said that she’s been on him for a while to go for his full license and get the interlock removed. For whatever reasons, being on a restricted license just “works” for a lot of people, and as much as they know they should go for the full thing, just being able to drive again for work after not having had a license for so long has brings such relief, they don’t feel any real pressure to do anything more.

Until something happens. That’s the real story of this article.

Under Michigan law, there is no limit to how long a person can keep the interlock and drive on the restricted license. In the real world, though, if you do anything long enough, chances are something will go wrong: You walk everyday, but at some point, you’ll trip, twist your ankle, or stub your toe; you drink from various containers throughout the day, but at some point, you’ll drop one, or spill something; you use a knife to prepare food, but someday, there will be a slip; that’s why there are bandaids.

Drive enough, and something will go wrong, as well. When you have an interlock unit in your vehicle – a sensitive, electronic device – it’s all but a matter of time before something does happen.

The problem is that, when it does, it’s a big deal, and your license winds up getting revoked all over again. The notice a person receives of an ignition interlock violation sets a date in the near future at which point his or her license revocation goes back into effect (technically, this is called “reinstatement of original action”). The only thing to do about this is to request a hearing, which will be weeks after the re-revocation has taken effect, and ask to have your license back. In the meantime, you can’t drive.

As much as I’m in business to make money, take heed from a guy talking himself out of business: get that interlock off as soon as you can! Don’t wait, because all you’re doing is courting trouble.

It would be great for my bottom line if all my clients hired me to win their license, then for a violation case, and then again later, for their full license. It’s not so great for them, however, and if there’s one thing you can do to minimize the chances of a violation, it’s to move forward with your full license appeal as soon as your year on the interlock is up.

As it is, there are already plenty of violations for me and my team to handle for people within their first year on the interlock, but, if I haven’t made myself clear enough yet, there is simply NO GOOD REASON to drive around with that thing, waiting any longer than you have to.

Why flirt with trouble? All that’s in this for me, by making my point as strongly as I am is LESS potential work (and money), but I hope that one of the reasons people hire us in the first place is because we’re good and honest people.

I don’t want blood money. I want to win back licenses for people, hope they have no problems during their required year on the restricted license and interlock, and then see them back ASAP to get their full driving privileges restored.

As a matter of fact, if any of my clients do run into any problems while on the interlock, my team and I will try everything to “head off” a violation. The Michigan Secretary of State makes that a hit-or-miss proposition, but we’ve managed it, all the same, plenty of times.

When someone crosses the one-year mark on the interlock, keeping it any longer is just tempting fate. I really believe that one of the things that happens is that people get a false sense of security, especially when they know they’re not drinking. The figure that, since they’re really sober, it’s not like they have to worry about getting caught doing something like drinking.

However, violations happen for all kinds of reasons. If, for example, your battery dies during the coldest night of the year, and your car loses power (meaning the interlock, does, too), you’ll be violated for a “tamper/circumvent.” This is true even if the power goes out for one second.

Sometimes, we can avoid a violation in a situation like that, and although that always should be the case when someone can show what happened, there is no rhyme or reason to why the state will, on some occasions, nix the violation, while other times it moves forward.

There are a million other things that can go wrong with an interlock: I remember a lady client who was staying with a friend, and was parking her car in the garage. One day, after work, as she pulled in, she didn’t see a hose that was hanging, and it caught around her driver’s side mirror. She got out to untangle it, and because her engine was still running, wound up missing a call for a retest, and was violated.

She promptly won her hearing, but she had to wait some weeks, without a license, until it was held. I’ve had people step out of cars to clear some ice, and then slip and fall, miss a test, and get violated. I’ve had more clients than I can count get violated because some repair facility either missed a test when the car was running or disconnected the power, even for just a moment.

Add to that the countless innocent clients who have had a positive test result because of something they ate, or for some other benign reason, and who, following the Secretary of State’s advice, have gone and gotten either a timely PBT test at a police station or an EtG urine test that same day, and you have a sampling of things that can go wrong with the interlock, despite the fact that the person does not drink.

Why risk it? I understand that sometimes, money is an issue, but when a person gets a violation, they only have 14 days to appeal, and the fee for a violation is roughly half of what we charge our returning clients to go from a restricted to a full license.

Whatever the situation, a person should make getting off the interlock a priority from the moment he or she is put on it. Put some money aside each pay period.

Spending an additional year on the interlock will cost nearly half as much as an appeal for full privileges, anyway, so it’s not like it’s free, or there are any long-term savings. Indeed, no matter how you cut it, staying on any longer than a year is money out the window.

Of course, if something does happen, we’re here to help, but take it from the guy who you want to be able to avoid hiring for a violation – DON’T WAIT TOO LONG!

If you are facing an ignition interlock violation, or, if you need a lawyer to help you win a Michigan driver’s license restoration or clearance case, be a good consumer and look around. Read what lawyers have written and then check around. All of my consultations are free, confidential, and done over the phone, right when you call. We are very friendly people who will be glad to answer your questions and explain things. You can reach my office Monday through Friday, from 8:30 a.m. until 5:00 p.m., at 586-465-1980.