As a Michigan Driver’s license Restoration lawyer whose practice guarantees to win every restoration and clearance appeal case his firm takes, I have written and published more articles on this subject than you can find any and everywhere else combined – more than 560 as of this writing. Yet for all of them, and everything they cover, there is one topic I have to come back to all the time; sobriety. Without being able to prove that he or she has given up drinking for good, a person simply has NO chance to win a restoration or clearance case. 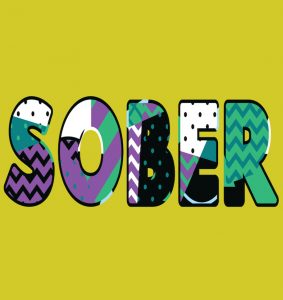 It is simply not possible to over-emphasize the central, critical, and foundational role of sobriety in a driver’s license appeal. Think of a license restoration case as a wheel, like on a bicycle: Assume that the outer part – the tire- is the equivalent of the actual driver’s license. Next, think of every piece of evidence – from the substance use evaluation (SUE), to each letter of support, to the request for administrative review – as a spoke, and then think of every other part of the process as additional spokes. What do they all connect to? The hub. In the case of a license reinstatement case, the hub IS sobriety, because without it, nothing holds together, and there is no wheel.

Beyond working on more driver’s license matters than anyone else I know of (more than 200 per year), my blog has more information about the license appeal process that can be found everywhere else online combined. When you speak with some other lawyer about a license restoration (and you absolutely should – we HIGHLY recommend that you comparison shop – something no other lawyer does), you can be sure he or she has come to this place any number of times to do research. While some lawyers claim to have written “the book” on some legal subject or other, I have written the still-growing equivalent of a library of books on license appeals.

This isn’t about bragging rights, as I’ll make clear, but I’m still not done, before I get to my next big point: In addition to all of my “credentials,” my practice guarantees to win every driver’s license restoration and clearance appeal case we take. To make sure that happens, we carefully screen every potential client to make sure he or she has honestly given up drinking and has what it takes for us to make his or her case a winner.

In addition to all of that, I would be remiss for not pointing out that we’re the only practice (at least that I’ve ever heard of) that publishes our fees. We do this in the interest of transparency, and, frankly, because we have no interest in competing with anyone on the basis of price. We charge what we do because nobody can compete with us on the basis of knowledge, service or results.

To be sure, we are NOT the firm for anyone who is prices shopping. Anyone who wants the best price should keep on looking, but anyone looking for the best (and guaranteed) results has found them.

If I seem to have a big mouth, at least I then put my money where my mouth is by guaranteeing our work.

Now – to the point I was getting to: we really know what we’re doing. Therefore, when I keep jumping up and down and screaming that sobriety is the absolute key to winning a license restoration appeal before the Michigan Secretary of State, I know what I’m talking about.

If we could take the cases for everyone who calls us and is willing to pay our fee, we’d be rolling in money.

But we can’t – largely because of our guarantee. We’re good and honest people, but the reader doesn’t even need to believe that, because our guarantee protects anyone whose money we do take; you’ll pay us once, and you will get your license back.

The flip side, however, is that guarantee binds us to a case until it does win, and for as nice and honest as we are and all of that, we are also in business to earn a living, and we do that by winning our license restoration and clearance cases the first time around.

There is no benefit for us in taking a case that can’t win and getting paid, only to lose and have to come back and do it all over again, for free.

Thus, our guarantee protects both sides.

But is also limits the number of cases we take.

And the single determining factor that separates the cases we do take from those we don’t is sobriety.

It is helpful to know a few background things to more fully understand why all this sobriety stuff is so important. Under Michigan law, if a person is convicted of a 2nd or 3rd offense DUI, he or she is legally categorized as a “habitual alcohol offender.” This happens a matter of simple math.

The designation of “habitual alcohol offender” also carries with it a presumption that the person does, in fact, have an alcohol problem. Before we go any farther, let me hit the “pause” button for a moment and forestall any arguments about or objections to that point. This notion of an alcohol problem does NOT automatically mean that a person is somehow considered an “alcoholic,” or anything like that.

Instead, the state simply knows that, on multiple occasions, when such a person did drink, they also drove while over the limit, and got caught. Even if a person with 2 DUI’s is a very light social drinker, or even if he or she only drank twice in their life but got popped for drunk driving both times, it means that, no matter what, he or she is a demonstrated risk to the public when they do drink.

Because of the presumption that a person who racks up 2 or more DUI’s has an alcohol problem (i.e., is a risk when he or she drinks), the law requires the revocation of his or her driver’s license upon conviction for that 2d offense.

If you’re reading this, then you almost certainly know that “revoked” means “yanked,” as in taken away for good.

Accordingly, the driver’s license rules MANDATE that anyone who tries to get his or her license back after having had it revoked for multiple DUI’s prove 2 things regarding their presumed alcohol problem, by what the law defines as clear and convincing evidence:

First, the person must demonstrate that his or her alcohol problem is “under control.” This requires showing that he or she has been COMPLETELY alcohol-free for a “legally sufficient” period of time. In our office, we generally require that a person have a minimum of 18 months’ of clean time before we’ll seriously consider moving forward with a license appeal.

Put another way, the person must convince the hearing officer that he or she is a safe bet to never drink again.

The main rule regarding license appeals (Rule 13) lists some other requirements, but even a quick look at the the relevant part, re-printed below, makes clear that EVERYTHING is based upon a person being able to prove his or her sobriety, and is subordinate to it:

Over the course of 30-plus years, my team and I have handled thousands of cases, and we have probably fielded tens of thousands of inquiries about license appeal issues. I love it when people take the time to read the stuff I put up, but there are plenty who just look at the sheer amount of it, and figure, “he’s the guy!” or “these are the people I need to hire!”

The problem is that for every viable potential client who contacts us (some of whom are kind enough to indicate that they are sober, or have actually quit drinking), we hear from more who don’t read anything about the sobriety requirement, don’t know about it, and go on to explain how much they need a license, how long they’ve been without one, and/or how long they have stayed out of trouble.

None of those things matter one bit.

I have written extensively about this, so I won’t detour into that here, but the reader should note that there is NOTHING in the rules about needing to drive, not having been in trouble, or not having had a license for any period of time.

Instead, the entire focus of the law, the driver’s license rules, and their application and interpretation by the Michigan Secretary of State is on sobriety. The state is only concerned with a person being able to prove that he or she hasn’t had a drink for that “legally sufficient” period of time and is otherwise a safe bet to never drink again.

Whatever else, the Secretary of State knows that people who don’t drink are exactly zero risk to ever drive drunk.  These are the only people who stand any chance of ever getting their licenses back.

If I haven’t been clear enough up to this point, then I’ll try and say it more emphatically: the first and single most important requirement to be able to win a Michigan driver’s license restoration or clearance case is that a person has honestly given up drinking and is genuinely committed to never drinking again.

Without that kind of genuine sobriety, a person cannot win a license appeal.

If you are looking for a lawyer to help win back your Michigan driver’s license, or obtain the clearance of a Michigan hold on your driving record, and no matter where in the world you may live, we can help. As I noted before, anyone in the market to hire a lawyer should do his or her homework: Read around, and see how lawyers explain the license appeal process and how they explain their approach to it.

When you’ve done enough of that, start checking around. You can learn a lot by talking to an actual living person. All of our consultations are free, confidential, and done over the phone, right when you call. My team and I are very friendly people who will be glad to answer your questions, explain things, and even compare notes with anything some other lawyer has told you.