Anyone who finds him or herself facing a Michigan DUI charge will almost certainly go online and start looking for information. As the reader either knows, or will soon find out, there is an entire universe of DUI “stuff” to be found on the web. Unfortunately, many legal websites, while notoriously long on self-praise and testimonials, are often either pitifully short on useful information, or else they get into stuff so confusing and technical that nobody can fully understand it. Still, for everything that one can find, what REALLY matters most in a DUI case is what actually happens to you. 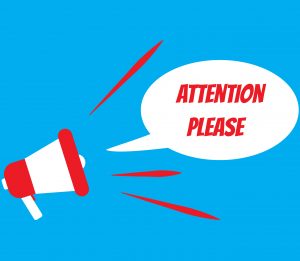 The gold standard is really this: Success in a DUI case is best measured by what does NOT happen to you. In the real world, everyone’s first concern following a drunk driving arrest is not going to jail, followed closely by not losing their job, and not losing their driver’s license. Obviously, there are no rewards for getting a DUI – only potential negative consequences. In that sense, less is definitely more. Nobody is happy about to find themselves facing a DUI charge, and what they worry about most is not getting hammered with all kinds of legal penalties.

That, of course, is a complete “duh” statement, but that doesn’t change the fact that it’s also true. When people begin scouring websites and blogs for DUI information, it’s in the hope that they will find some way to get out of their charge, or at least discover some other good news along those lines. Nobody is immune from the urge to keep reading page after page in the quest to learn something that they think might help their case, and what drives that, of course, is the concern over what is ultimately going to happen to them.

As a Michigan DUI lawyer, I am always trying to find the right balance between providing enough real and useful information on this blog, and on our firm’s website, without getting too technical and getting “lost in the weeds,” so to speak. There is never a downside to being an educated consumer, and I’m certainly no different. However, I have also learned from my own experience in looking for goods and services that sometimes, my internet searches can lead me so deep that I actually do lose myself and get “lost in the weeds.”

When someone facing a 1st offense DUI charge starts on a quest to find out if he or she has any basis for a legal challenge to the traffic stop, it’s not like they’re doing that because they’e concerned about the general subject of police conduct in society-at-large and the protections of constitutional rights for all citizens; they’re hoping the cops trampled enough of their rights to get their case knocked out of court.

At the end of the day, if you’re facing a DUI, what matters most is what happens to you.

The real bottom lines is that for as much “information” about Michigan DUI cases one can find online, absolutely none of it is worth anything unless it directly translates into helping you.

Some years ago, I was speaking with another Michigan DUI lawyer. We got to talking about our “competition,” meaning other lawyers who concentrate in the DUI field. He noted that there are a few out there who are rather big on publicizing that they took the State Police course in breathalyzer operation and got certified to operate it. I’ll never forget how he put it:

“Even if they can take the machine apart and put it back together blindfolded, what good is that?”

To be sure, it is important for a DUI lawyer to have a thorough understanding of the science of breath and chemical testing (and my team and I do), but unless the outcome of a case specifically depends on the reliability of those results, then being a certified breathalyzer “operator” is about as useful in a DUI case as being certified to land the Space Shuttle.

Statistically, less than 2% of all DUI cases that make it to court get dismissed, and of those, the majority are for reasons other than the reliability of the chemical test results.

If someone hires a DUI lawyer who is the world’s foremost expert on breathalyzer machines, but there is no legal issue regarding the breath test result in his or her case, then how has that person benefitted?

This means that if your DUI case lands in court, there’s a better than 99% chance it’s not going to get “knocked out” because of some problem with the breath test.

Here again, what matters to anyone going though a DUI case is what is going to happen to them, meaning what kind of penalties they’ll have to deal with when the case wraps up, and how many of them can be avoided in the first place.

In that same way, if somebody drops a king’s ransom on some incredibly talented trial lawyer, but gets convicted of a DUI anyway, what good is (was) that?

However, if someone does pay up and hire that breathalyzer expert, or that awesome trial lawyer, and then his or her case winds up resolving more favorably than it otherwise would have, then it can be said they got what they wanted – a better outcome.

Of course, that “better outcome” means that less will happen to him or her.

Beating a DUI case or getting the whole thing dismissed outright is, by far, the best possible result one could hope for, but as the official statistics mentioned above show, that only happens in less than 2% of all cases in the court system.

In other words, if someone gets charged with a DUI, there’s a better than 98% chance that his or her case won’t be thrown out of court, and he or she is going to have to deal with probation and other legal consequences.

This means that, for that vast majority of people facing a DUI, what’s going to matter most is exactly what doesn’t happen to them.

Imagine, for example, that 2 people are arrested for DUI, and their cases are basically identical.

Because they each had a BAC result of .18, they were both charged with Operating While Intoxicated (“OWI,” the actual legal term in Michigan for what everyone simply calls a “DUI”) with a BAC of .17 or greater (often called “High BAC” or “super-drunk”):

Bad Luck Brenda gets a referral from a friend to Overpriced Oscar, the Lawyer, who charges twice as much as everyone else and makes it sound like the only thing standing in the way of getting a DUI case dismissed is hiring him.

Lucky Larry does his own research, checks around, and hires Honest Alice, the Attorney.

Brenda winds up convicted of the High BAC charge, gets 2 years of demanding probation, is ordered into all kinds of alcohol counseling, loses the ability to drive for 45 days, and then has to drive on a restricted license for the remaining 10 and 1/2 months with an ignition interlock unit installed in her vehicle.

Sam’s lawyer manages to negotiate his High BAC charge all the way down to Impaired Driving (OWVI – the least severe DUI offense in Michigan). Sam is put on probation for 1 year, only has to complete a short alcohol education class, and merely has his license restricted for 90 days.

When you book a hotel for vacation, the more that’s “thrown in,” the better. Upgraded room, in-unit fridge and coffee maker? Great! In that context, more is better.

In the DUI world, getting “upgraded” from an alcohol education class to long-term counseling is NOT a good thing, and a longer period of probation is NOT better. In every way possible, less is more (i.e., better) when in comes to what happens as the result of a DUI conviction.

Here’s what all this means: if more than 98% of people charged with a DUI are not going to simply “get out of it,” then getting the best results in any given case means avoiding or minimizing as many of the potential and probable legal penalties and negative consequences as possible:

If our firm takes a case, then we pour our hearts and souls into it, and we’ll leave no stone unturned in our quest to produce the very best results. We will be relentless in our efforts to make sure we do, in fact, avoid or minimize as many of the legal consequence and other penalties as possible.

No lawyer can do more, and we will never do less.

If you are facing a DUI charge, be a wise consumer and read around. Pay attention to how different lawyers explain the DUI process, and how they explain their various approaches to it.

If your case is pending in any court in the the Greater-Detroit area (meaning Wayne, Oakland, Macomb, Lapeer, Livingston, St. Clair or Washtenaw County), contact our office, as well. All of our consultations are free, confidential, and done over the phone, right when you call.