In my capacity as a Michigan driver’s license restoration lawyer, I attend a lot of license appeal hearings. In the span of a single year, I will take care of more driver’s license restoration cases (somewhere between 200 to 300) than 99% of other lawyers will ever handle in their entire careers. In fact, going to license appeal hearings is the single biggest source of the miles I put on my vehicle, but there is no better way to win any kind of license or interlock case than by holding a live, in-person hearing. 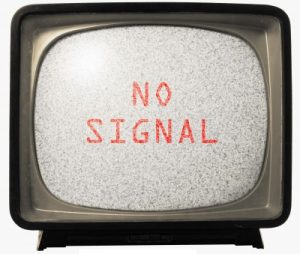 On any given day, I may have to make the trip to the Michigan Secretary of State’s Office of Hearings and Appeals, in Livonia, where these matters are heard, from my office, nearly an hour away, or from some court that’s even farther still. Despite the availability of a much more convenient “video hearing” option in many of my cases (one of the video locations is less than 5 minutes from my office), I would NEVER consider it in a license restoration case. In this article, I will explain why you should always appear for a live, in-person hearing.

The value of “showing up” also applies to anyone who lives out-of-state and needs a clearance of a Michigan hold on his or her driving record. The state allows what is called an “administrative review,” which is an appeal-by-mail that permits a person who no longer lives in Michigan and is trying to get a license in another state to submit the required appeal documents and have the case decided without a hearing. This is an overwhelmingly losing proposition because 3 out of every 4 such cases lose.

To be clear, the point I’m making is that a person should not only have a hearing, but also do it live, and not by video. I do believe that in certain ignition interlock violation cases, a video hearing is sufficient. However, that’s never the case where someone is appealing to the Michigan Secretary of State for the initial restoration of his or her license, seeking a clearance, or moving forward with an appeal for full driving privileges after having been on a restricted license with an interlock.

I sit in hundreds of hearings each year, and observe, close-up, just like the hearing officers do, as my clients clench their jaw muscles while testifying, or dab at their eyes as tears well up when they talk about something emotionally significant. I often hear the subtle “crack” in a person’s voice as he or she describes what life was like before, as a drinker, and how it is now that they’re sober. I watch as people have to pause, and take a breath because of the strong feelings they experience as they tell their stories. All of this nuanced stuff – every last bit of it – gets lost in a video hearing.

When you sit in a small room with someone, you not only hear what they say and watch how they say it, you get a real “feel” for things, as well. The importance of this isn’t some eccentric idea or weird opinion that I have, because I know what I’m doing, and put my money where my mouth is, and guarantee to win every driver’s license restoration and clearance appeal case I take.

I wouldn’t do that if I wasn’t confident in my methods, and, as busy as I am, there’s probably nothing that would make my life easier than being able to plop into some nearby Secretary of State branch office and do a video hearing instead of having to drive from court in places like Clarkston and New Baltimore all the way to Livonia.

As easy as that might be, I will NEVER do it. When I take a case, I’m in it to win it, and I know that showing up for a live hearing is the best way to win a license restoration or clearance appeal.

I noted that I make an exception to my live hearing position for some ignition interlock violation cases. Let me explain this before we move on. If a client has won his or her license through me and thereafter receives an interlock violation, this doesn’t apply because he or she will go back to the original hearing officer under whom we won, in Livonia.

However, if someone who won their restricted license without me, in either Lansing or Grand Rapids, gets violated, the hearing will most likely be held before their original hearing officer in one of those places. In those cases, I will consider taking the case and handling the violation by video.

This is a very different situation from either an initial restoration or clearance appeal. In those cases (as opposed to violation hearings), things like body language, eye contact, and even the inflection of someone’s voice matter a lot.

There is something very real – visceral, in a sense – about how a person presents him or herself when describing something as important as getting sober. Undergoing the transition from drinker to non-drinker is big stuff. The road leading to someone’s decision to quit drinking for good is usually paved with a lot of drama and problems. No one quits drinking because it’s working out so well, but when they do the changes made to do that are sweeping and profound.

I don’t care how powerfully one can speak, even the most charismatic person sounds like a robot in a tin can when heard over a video link. Much of the “oomph” of his or her persona is lost over a booming, crappy microphone, attached to a video camera, that picks up every sound in a room.

When it’s something as important as winning back your driver’s license, and you’re going in to tell the truth and give the specifics of your story, you want the hearing officer to be able to get every last detail of your presentation.

At the risk of sounding like a broken record, I would never hold a video hearing for an initial or full license appeal, no matter how much more convenient it would be for me. Moreover, this is not about me, anyway, it’s about my client actually winning.

And even if going to some video location would be more convenient for a client who lives far from the Detroit area, I won’t take a case unless he or she agrees to appear live, with me. My team and I meet all of our clients in-person. My evaluator meets everyone in-person. The third leg of this is that the hearing officer is going to meet you in-person, as well.

There is no other take-away here beyond the reality that a video hearing is inferior to a live hearing. In fact, my take is that video hearings just plain suck. Often enough, I hear them taking place in a hearing room next to the one I’m in when I’m handling a live license appeal. The sound is horrible, and the camera, placed across the room, is set at a wide angle in order for the hearing officer to see the person, his or her lawyer, and any witnesses. There is no ability to zoom in on a person’s face as he or she testifies.

For anyone going in to tell the truth, the little indicators of veracity are important. You WANT the hearing officer to be able to look you in the eyes. You WANT him or her to hear the emotion in your voice as you talk about certain aspects of your drinking and recovery. Sometimes, the losses a person experiences along the way become the catalyst for him or her to finally quit drinking and watching the person describe them underscores the commitment he or she feels to remain sober.

I can understand how an unrepresented person will not know better and make the mistake of going to a video hearing. However, I think it is a mistake of the first order for a lawyer to do otherwise. My office specially and specifically requests that each of our cases be set for a live hearing. A non-lawyer, of course, will not know to do this.

If it’s too inconvenient for some lawyer to drive the distance for a live hearing in either an initial license restoration or clearance appeal, or when moving for a full license, I think he or she should not take the case. As I noted, an exception can be made in certain ignition interlock violation cases, but this is something worth doing right. Besides, if you lose, you’re sidelined for another whole year, before you can appeal again.

When a lawyer accepts someone’s money to win his or her license case, then they’re getting paid to do it right. Doing things right often has little to no correlation with doing them the easiest way possible. Given the stakes, this seems like a no-brainer to me. For my part, I eliminate that risk with my guarantee, which applies to any first-time restoration or clearance appeal.

If you need help with restoring your Michigan driver’s license, obtaining the clearance of a Michigan hold on your driving record, or fighting an ignition interlock violation, be a good consumer and read around. Then check around. You can reach my office Monday through Friday, from 8:30 a.m. until 5:00 p.m. (EST), at 586-465-1980. All of my consultations are free, confidential, and done over the phone, right when you call. We’re really friendly people who will be glad to answer your questions and explain things.