The absolute key to winning a Michigan driver’s license restoration of clearance appeal is being sober. That means a person must have honestly quit drinking (and using any drugs), and must also possess both the ability and commitment to remain alcohol (and drug) free for life. Being sober does NOT mean that a person merely drinks less, or not as often, or only at home, or only on special occasions, or anything like that. A sober person is someone who has been and intends to remain completely abstinent from alcohol and all drugs, including recreational marijuana. 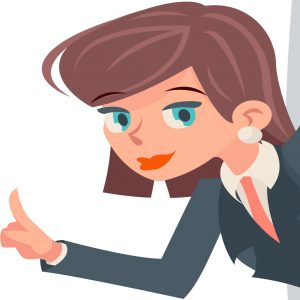 People who are sober make it a point to do certain things, and to specifically NOT do other things. This is consistent with an important AA saying for newcomers that’s really solid advice for anyone in early recovery: Avoid wet faces and wet places. In other words, in order to help a person NOT drink – especially early on – he or she should avoid being around people who are drinking (“wet faces”) and stay out of places where people gather to drink (“wet places”). This is something we look for in potential clients as we explore whether they really have quit drinking and are sober – or not.

An important part of our job is to screen potential license appeal applicants to make sure they have the necessary background to succeed. Because our firm guarantees to win every license restoration or clearance appeal case we take, we have to be thorough with our screenings. An important lesson my team and I learned early on (and one that is reinforced on a daily basis), is that lots people don’t fully understand what sobriety really means. Many people think that it can include cutting back on their alcohol consumption or not drinking for a while, but that’s wrong.

Above and beyond everything else, our firm is focused on winning license restoration appeals. I point this out because there are some people who get so frustrated about having had their license revoked after 2 or more DUI’s that they’ll simply dismiss any explanation of the appeal process, or what’s required to win, by saying something like “This is bull$hit!” It’s right there that we have to clarify that we don’t make the rules – we simply work (and win license appeals) within them.

Whatever one may think about the legal requirements for winning back his or her driver’s license, it can all be boiled down to this: The state is the entity that grants the privilege to drive in the first place, and it’s the state that takes it away. Anyone who has lost the ability to drive after racking up multiple DUI’s has no choice other than to do what the state requires in order to have his or her license reinstated. When all is said and done, a person will either do those things – or not, and will therefore either be legally able to drive again – or not.

Our firm is very much a recovery-oriented practice, but at the end of the day, a person can only win a license appeal by proving his or her sobriety to the Michigan Secretary of State, as required by law,. In other words, although my team and I have no disagreement with the state’s sobriety requirement, it couldn’t matter less even if we did. The license appeal rules are established by law, and our screening is focused on making sure a person has genuinely quit drinking and otherwise has what it takes to win.

Accordingly, when we do our screenings, we are very much on the lookout for the absence of genuine sobriety, because that’s a complete obstacle to winning a license appeal.

Under Michigan law, any person who has had his or her license revoked for 2 or more DUI’s is categorized as a “habitual alcohol offender,” and is therefore legally presumed to have an alcohol problem of some sort. To win a driver’s license restoration or clearance appeal, he or she must, in addition to anything else, always prove these 2 things:

1. That his or her alcohol problem is “under control.” In practice, “under control” means a person has been completely alcohol (and drug) free for a legally sufficient period of time. While this can vary from case to case, generally speaking, our firm will never even consider moving forward with an appeal until a person has been totally clean for at least 18 months.

2. That his or her alcohol problem is “likely to remain under control.” This is interpreted to mean that a person has the ability, commitment, and the tools to remain alcohol (and drug) free for life.

In practice, a person’s alcohol problem is perceived by the state as being both under control and likely to remain under control when he or she can show themselves to be a safe bet to never drink or get high (this includes using recreational marijuana) again – ever.

This commitment to lifetime sobriety does NOT mean that someone has to be in AA. A lot of people are under the misconception that you need to be in AA to win a license appeal, but hat’s 100% wrong.

You do NOT have to be in AA to win your license back from the Michigan Secretary of State.

The overwhelming majority of our clients – all of whom are sober – are NOT in AA. Remember, our firm guarantees to win every restoration and clearance appeal case we take, so we put our money where our mouths are in that regard.

The AA program, whatever anyone may think about it, has gifted the recovery world with all kinds of knowledge, and hundreds of wise aphorisms and sayings, including (and especially) the advice that inspired this article – to “avoid wet faces and wet places.” What I want to make clear is that for as critically important as that advice is, a person doesn’t need to be in AA to understand it.

In other words, someone can have simply internalized some of the bigger lessons of AA (even if he or she has never gone to a single meeting) that are so aptly expressed in those little truisms.

This may make more sense if we turn it around and ask this: How can a person who is serious about quitting drinking and in early recovery NOT understand the advice that her or she should not be hanging out with drinkers, and/or at places where people have gathered to drink, like bars and parties?

That idea is so basic, it should ring true the first time a person hears it. If not, then what kind of “break” from alcohol is he or she really trying to make?

The senior assistant in our law firm liked the truism to “avoid wet faces and wet places” so much, that she came up with a brilliant little phrase of her own that plays off of it: “If you can’t say no, then don’t go,” meaning that anyone trying to remain abstinent should avoid any situation where he or she will, or even might feel some kind of temptation to drink.

In the real world, most people “work up” to the decision to quit drinking for good. Getting sober is a process, and doesn’t happen all at once.

Normally, a person will have an “inkling” that something might be wrong with his or her alcohol use, and first think about slowing down, meaning cutting back by drinking less, and/or less often.

Sometimes, these little tricks work for a while. However, the simple fact is that once a person’s drinking crosses the line from normal to problematic, there is no way to reel it back in to normal again, at least not permanently. This is a lesson that some people learn sooner than others, while many simply never get it at all.

There are as many ways people try to control or limit their drinking as there are stars in the universe, but what they all have in common is that ultimately, none of them work. Some people quit for a while, but then resume drinking again. Others manage to limit when they drink, or how much they drink for time – until they don’t.

Consider the following question, which is one of the diagnostic criteria for alcohol use disorder:

“In the past year, have you more than once wanted to cut down or stop drinking, or tried to, but couldn’t?”

In real life, nobody ever even thinks about limiting their drinking unless there’s some kind of problem. I often put It this way: Nobody quits drinking because it’s working out so well.

As far as recovery goes, the cold reality is that most people who develop a drinking problem do NOT get over it. Unfortunately, it is only a lucky minority of people who do manage to “put the plug in the jug,” to use another AA saying, and quit for good.

There is enough to the whole notion of “quitting” to fill a library, but at its most basic, when a person finally does give up alcohol for good, just about everything in his or her life changes. The transformation a person undergoes when going from drinker to non-drinker is profound.

In a very real way, anyone who gets sober will adopt a “sober lifestyle.” The drinking buddies get ditched, and the person will completely change who he or she hangs with, where they go, and what they do.

Nobody who is serious about his or her sobriety will be perplexed at the idea of “avoiding wet faces and wet places,” even if he or she has never heard it before. As I noted above, this should instinctively make sense to anyone who understands the first thing about recovery, because the “first thing,” of course, is to NOT drink.

If someone doesn’t get this (even if he or she really wants to quit drinking), then he or she doesn’t yet have the knowledge or tools needed to remain alcohol-free.

From the perspective of the Michigan Secretary of State, this means that any such person can’t prove, within the driver’s license rules, that he or she has the ability, commitment and tools needed that his or her (legally presumed) alcohol problem is “likely to remain under control.”

And that, in turn, means that a person can’t win a license appeal.

As a Michigan driver’s license restoration law firm, we truly understand recovery and sobriety, but what matters more is that anyone thinking about a license appeal does, as well.

If you are looking for a lawyer to win back your driver’s license, or obtain the clearance of a Michigan hold on your driving record so that you can get a license in another state, be a wise consumer and read around. Pay attention to how different lawyers explain the license appeal process, and how they explain their various approaches to it.