How is it that by hiring a lawyer, you can almost always “get out of” a traffic ticket?  In this article, I’m going to skip all the discussion about policy and theory (the reader is likely not interested in that, anyway) and cut right to the chase about keeping points off of your record in a traffic ticket case, and how that applies in criminal and DUI cases, as well.  Whether you like it or not, there is a certain reality at work here, and in some ways it is related to the old observation that, “It’s not what you know, but who you know.”  Again, I want to avoid analyzing why things are the way they are, or how they should be in a perfect world, so I will use a real world example from my own life to illustrate:  In the process of building our home, my wife and I were asked to pick out things like plumbing and light fixtures (my wife, as it turned out, did all the picking, with my input being limited to a bunch of “uh-huh” and nodding-in-agreement responses) at certain supply businesses.  At some of these places, nothing could be purchased by the public at large, and at others, the price offered to those on the “inside” (builders, contractors and designers) was hugely discounted over what the public (we) would pay.  It may not be fair or right or whatever, but it is what it is, and unless we wanted to pay a price that was, in some cases, 40% more, we played by the rules, my wife picked out the stuff, and the ultimate purchase was made by our builder or designer. 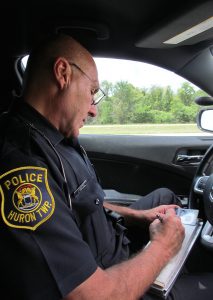 The point I’m making is that there is a similarity when it comes to things like traffic tickets, and even criminal offenses and DUI charges.  In some cases, a lawyer, like me, walks in and just gets a deal that an unrepresented person can never procure simply because one is a lawyer and the other is not.  It’s why, for example, cops don’t get traffic tickets and why Chrysler, Ford and GM offer employee pricing.  It is what it is, and for my short time on the planet, I’m not about to take up the cause of whether that’s right or not; I offer my services to those who will pay for them in order to avoid the points on a traffic ticket or make things better in a drunk driving, misdemeanor or felony case.  When I need to, I go to someone to get the “friends and family” deal on a car, and I hire a contractor to do whatever work needs to be done at my home, and/or to avail myself of his or her discount on the supplies we need.  There are some “do-it-yourself” diehards who will try anything to save a buck, and to them I say, “good luck.”  I have no interest in either being one of those people, nor do I want to deal with them.  My own dad, who spent his career as a letter carrier for the U.S. Post Office and therefore did not earn a ton of money, was a firm believer in hiring a professional to do the job; he paid the plumber, the electrician and the mechanic to do things right.  While other dads may have spent an entire weekend figuring out and trying to do their own car repair, my dad was only too happy to drop the car off, have the mechanic fix it, and know that it was done correctly by someone who’s done that same repair countless times before.  I’m the same way both in terms of what I do as a lawyer, and what I hire outside professionals to do for me.

As I noted above, this connects with, but is certainly not limited to the idea of “who you know.”  In other words, there are courts a lawyer can walk into and just because he or she knows everyone, get a really good deal.  On the other hand, some lawyers may take cases in far-away courts (this is something I avoid completely by keeping things strictly local by appearing pretty much only in Wayne, Oakland and Macomb County courts) and still be able to work everything out, just because he or she is a lawyer.  In one sense, that’s part “good ol’ boys network,” and in another sense, it’s not that at all.  At the end of the day, any lawyer who walks into any courthouse carries at least the implied understanding that either something can be worked out amicably, or it can be dragged out as a huge, time-consuming mess.  This is the real, if not unspoken point of hiring a lawyer in the first place…

Here we need to take a 2-paragraph, short course in how things work to get to the larger point, so here goes:  General wisdom holds that plea bargains and plea deals were born out of the need to expedite things and keep them moving in a busy legal system.  If a local courthouse has 20 or so cases on its docket each morning, totaling about 100 cases per week (many courts have more than that), it relies on the practice that almost all of those cases will resolve by a plea.  Trials (and also traffic ticket formal hearings, although to a much lesser extent) take up a lot of court time.  If on that one hypothetical week even 10% of all the cases didn’t “plead out” and instead went to trial, it wouldn’t take long for the court’s backlog to stretch out into years, and many of those backlogged cases would have to be dismissed because the U.S. Constitution guarantees a person charged with a crime the right to a speedy trial.  In this way, the court system is very much governed by the rules of supply and demand.  When there is an oversupply of something, manufacturers and sellers often make great deals to keep the income stream moving.  In the court world, there is an oversupply of cases, and high demand for the limited availability of court time.

If the system didn’t provide for “deals,” then lawyers would simply hold out and take cases to trial.  You see this at play often enough in murder cases that make the news.  Even though the evidence against a particular defendant may be overwhelming, the lawyer has to be honest with the client:  The prosecution is not offering you any kind of break, so you can either just go ahead and admit everything and go to prison for life, or we can go to trial and maybe get lucky.  Perhaps an essential witness dies, or somehow the jury finds you guilty of second-degree murder instead of first degree murder, and avoid that mandatory life sentence.  Sure, it’s a longshot, but why wouldn’t you at least take that chance rather than essentially condemning yourself.  Of course, prosecutors don’t offer plea bargains in first degree murder cases absent highly unusual circumstances.  But the same kind of reasoning holds true in everything from marijuana possession to indecent exposure (IE) cases; if there isn’t some kind of break to be had through negotiations, why would lawyers just suggest that their clients plead straight-up guilty?

This is also why almost all civil lawsuit cases settle before trial.  Sure, each side may feel strongly about the case, but it takes a TON of work to prepare for and then actually conduct a trial, and in almost all cases, each side is willing to give up a little to avoid it.  From the court’s point of view, trials of any kind grind the docket to a halt.  If you’re a Judge whose court processes even 80 cases a week, and you lose a week here and a week there for trials, to the tune of, say, 6 weeks a year, then you have to find a way to cram another 480 cases through your already too-busy system.  This is why even in jurisdictions where the prosecutor is tough about plea bargains, the court will often chip in and offer a kind of sentence agreement or bargain to help cases move along.

Let’s circle back to traffic tickets now.  A lot of times when people get a traffic ticket, they just pay it.  That’s the biggest mistake you can ever make.  In my 26 years of being a lawyer, I have NEVER taken a traffic ticket case and NOT gotten some kind of deal for the client, and in most cases I can avoid all of the points.  More on that later.  Anyway, a certain number of people don’t just pay their tickets, but will instead request what is called an informal hearing.  This is a proceeding where the police officer and the ticketed person appear before a Judge or magistrate and explain their sides.  The legal rules of evidence and procedure don’t fully apply, thus giving rise to the proceeding’s name: informal hearing.  In the real world, each jurisdiction typically has police officers schedule a certain day in court to attend the hearings that have been requested on the citations he or she has written.  There is no prosecutor at an informal hearing, and the court can crank through a whole bunch of these in any given morning or afternoon.  Let’s just say that the police seldom lose these cases…

When a lawyer steps in, the proceeding changes in name and function to what is called a “formal hearing.”  Here, the defense lawyer meets with the prosecutor, just as he or she does in a pre-trial in a criminal case, before anything happens in the courtroom.  The point of this meeting is to see if the parties can come to an agreement to resolve the case without having a full hearing, or a trial.  Assume, for purposes of illustration, that a person has a speeding ticket and that the officer already gave the person a break when he or she wrote it, citing the person for 10 over, but noting that the person was actually going 18 miles an hour too fast (88/70).  Even though, if the case did go to and through a full hearing, there would be no real way to beat the ticket, the time and effort required on the prosecutor’s part to win after all of that makes giving into a “deal” of sorts a much more practical option.

This is why hiring a lawyer is the way to almost always “get out” of a traffic ticket.  Sure, a person with a lot of points may not be able to just pay a lawyer and buy his or her way out of everything, but as I noted early on, in my 26 years of practicing as a lawyer, I have never once gone in on a ticket, no matter how bad the person’s record, and been unable to get a deal to completely eliminate, or at least reduce the points my client would otherwise get.  If you are facing a ticket, DUI, or other criminal charge in the Greater Detroit area (meaning somewhere in Wayne, Oakland or Macomb county), do your homework and read what other lawyers have written.  When you’re ready to start making inquiries (my fees, by the way, are posted on my website and this blog), pick up the phone and call around.  You can reach my office, Monday through Friday, from 8:30 a.m. until 5:00 p.m., at 586-465-1980.  We’re here to help.