In a recent 2-part article, we explored how having given up drinking and being committed to never drinking again is essential to win a Michigan driver’s license restoration case. We did that by looking at the negative, meaning how coming up short on either of those things is the quickest ways to lose a license appeal. In this piece we’ll look what’s underneath, at the very foundation of all lasting and successful decisions to quit drinking for good: a sober lifestyle. 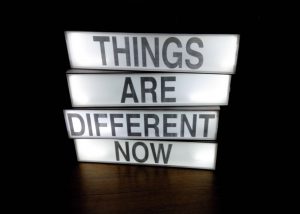 Remember, the 2 things that every person in a driver’s license restoration or clearance case must prove, by what the law defines as “clear and convincing evidence,” is first, that his or her alcohol problem is “under control,” meaning he or she has been alcohol free for a legally “sufficient” period of time, and second, that it is “likely to remain under control,” meaning the person has both the commitment and ability to remain alcohol free for life.

These requirements are absolute, and there is no room for any kind of exception to them. What’s needed to win a license appeal is an all or nothing proposition: either a person has quit drinking for good, or not. In the real world, the Michigan Secretary of State won’t even consider giving a license back to anyone who has had it revoked for multiple DUI’s unless he or she can prove they’ve been living living an alcohol-free life and is a safe bet to continue doing so permanently.

The simple reality is that anyone who has racked up multiple DUI’s is considered a proven risk when it comes to alcohol and motor vehicles. As a consequence, Michigan’s license restoration rules have been written to leave NO room for any argument about somebody being safe to re-license and still able to have an occasional drink or anything like that. In that sense, the only winners are quitters.

As I made clear in the 2-part article about the 2 things that will kill a Michigan Driver’s License Restoration Case, if the Secretary of State has any reason to believe that a person even thinks he or she can ever drink again, then their appeal will be denied. Winning a license back is completely dependent upon showing that a person has given up alcohol forever.

The state, for its part, knows that people who don’t drink are exactly zero risk to ever drive drunk. This concept is so obvious simple that it’s easy for a person to overlook, but the Secretary of State sure doesn’t.

What it means is that the state has drawn a line in the sand; the only people who will get a license back after losing it after racking up multiple DUI’s are those who can prove they have been alcohol-free for a “sufficient” period of time (generally, our office prefers a minimum of 18 months of sobriety, but more is always better) and are unlikely to ever drink again.

Anyone who hasn’t been alcohol-free long enough or who can’t convincingly show that he or she is likely to remain alcohol free is dead in the water. That’s easy to say, but how do we “prove” that a person has been abstinent long enough and is committed to sobriety?

This is where the “sober lifestyle” comes in to play.

Anyone who has done nothing more than read a few of my driver’s license restoration articles on this blog at least understands that the way to win a license back is to show he or she hasn’t had a drink for a “sufficient” period of time and is a safe bet to never drink again.

I repeat these things all the time because they are the most basic, non-negotiable requirements to win a driver’s license reinstatement case.

The amount of sober time necessary to be considered “sufficient” will vary from case to case; someone with 2 DUI’s that had a relatively low BAC for each won’t need as much as a person with 9 prior DUI’s and whose BAC levels for some of them were very high.

Consequently, loads of people will file a license appeal and try to say they haven’t had a drink for a certain period of time, and that they they have “quit” drinking.

Just saying you’ve quit drinking, however, is far from enough to win a license appeal. The whole point of the process is to screen out the large number people who will just “says so” from much smaller number of those who really have given up alcohol for good, and can prove it.

Because it’s what they do all day, every day, the Secretary of State hearing officers have become experts at filtering out BS claims about “quitting drinking” from the real thing – genuine sobriety.

Moreover, because of the way the rules have been written, a hearing officer is required to deny any appeal unless the person proves his or her abstinence and commitment to lifetime sobriety by what is called “clear and convincing evidence.” This means a case that’s anywhere near being a close call must be denied.  In essence to win a license appeal, you have to hit a home run.

Thus, “proving” that you really have quit drinking for good requires a lot more than just talk.

For all the things a person can say about being sober, and the letters of support he or she can submit saying the same thing, the real proof, as the saying goes, “is in the pudding.” A person can say he or she is sober all day long, but the real question is, does he or she live a sober lifestyle?

The answer is more about what a person has actually done, and less about what they say. Living a sober lifestyle is the kind of stuff that can’t be faked. In a certain sense, a “sober lifestyle” is kind of like DNA evidence of sobriety; it’s irrefutable.

In real life, people finally admit that their relationship to alcohol is no longer sustainable because they simply can’t deny it to themselves anymore. By the time that happens, they’ve usually damaged many of their closest relationships, and created wreckage all over their lives.

Whatever else, nobody thinks about quitting drinking because it’s working out so well.

Getting sober largely involves putting the pieces of one’s life back together. The changes a person goes through in transitioning from drinker to dedicated non-drinker are profound, and extend to every corner of his or her life. All that wreckage needs to be cleaned up, and either cleared out or repaired.

Thus, sobriety is about a lot more than just “not drinking.” A sober lifestyle is all-encompassing.

By definition, getting sober includes adopting a sober lifestyle, and a major part of embarking upon a sober lifestyle involves regaining the trust and respect of the people who really matter, and who have been hurt by the drinker. This is usually one of the first things a person will do.

Some of the changes a person makes as he or she transitions from drinker to non-drinker happen naturally. When people get a clear head, they want to clean things up and start improving the quality of their lives. They want to make amends, get back to work, and start to feel “normal” again.

We’ll come back in part 2 and pick up by looking at those things, beginning with the social changes a person makes as he or she adopts a sober lifestyle.