In part 1 of this article, we began examining how a sober lifestyle is required to win a Michigan driver’s license restoration or clearance case. We reiterated that, in order to succeed, a person must prove that he or she has stopped drinking for a legally “sufficient” period of time, and have the commitment and ability to remain sober for life. From there, we began exploring how a person starts changing things in his or her life as they embrace sobriety and transition to a “sober lifestyle.” 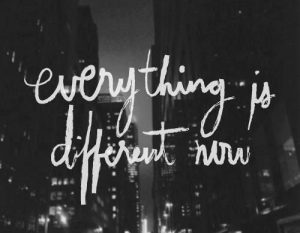 Some of these life changes come naturally, and some things are learned through counseling, treatment, or even AA. For example, people who go to AA or counseling are told early on to avoid drinking situations and those who are drinkers (“avoid wet faces and wet places”). Implementing all of this results in a sudden change in who a recovering person hangs around with, where they go, and what they do for fun. Getting sober necessarily requires replacing old habits with new habits.

Soon enough, after his or her last drink, a person getting sober begins to feel better, both physically and emotionally. Often, one of the first changes people make is ditching the drinking buddies. Beyond being told not to, a person beginning to enjoy sobriety usually has no urge to waste his or her time hanging around a bunch of drunks. Whether they get dumped right away or later down the line, at some point, the drinking friends inevitably get left behind as a person moves forward.

To a person growing into real sobriety, hanging out with drinkers feels like going in the wrong direction. When a person starts making his or life better by giving up drinking, they can’t help but notice that they have a forward momentum, and that the drinking buddies do not; the drinkers are basically “stuck in place.” It becomes easy for a newly sober person to see that the everyday reality for the drinker is, as the old saying goes, “same $hit, different day.” People in recovery want more than that, and know that it’s within reach.

To be sure, though, it’s not like a person who is embarking on sobriety has to get all nuts about it. A small number of our driver’s license restoration clients are so enthusiastic that sobriety becomes their new hobby or mission in life, while most are just glad to be able to leave their problems behind and  move on. A therapist colleague of mine once observed that some people live to recover, while most others recover to live. I think that’s brilliant.

Some people dive into the deep end of AA, and that’s fine, if it works for them, but plenty of others are just happy to just quit drinking, get sober, and then find the smaller joys in life.  As another saying goes, “whatever floats your boat.”

Whatever else, though, nobody really quits drinking until they first recognize it as a problem.

You can be sure that the Michigan Secretary of State (SOS) considers a person’s drinking a “problem” when he or she loses their driver’s license after being arrested for multiple DUI’s. Under Michigan law, anyone convicted of 2 DUI’s within 7 years, or 3 DUI’s within 10 years is categorized as a “habitual alcohol offender,” and will have his or her license revoked.

The only way to get that license back is to file and win a driver’s license restoration or clearance appeal. In order to win a person must prove, by what the law defines as “clear and convincing evidence,” that he or she has been alcohol-free for a legally “sufficient” period of time (we generally want at least 18 months in our practice), and that he or she is a safe bet to never drink again. In other words, the person must prove his or her sobriety.

This is important: sobriety is not the same thing as mere abstinence from alcohol. All sober people are, of course, abstinent, but not all abstinent people are sober. Sobriety is a lifestyle and a state of mind. It is, above all else, a choice, and it’s never the kind of “choice” that can be forced on someone. Sober people want to be sober; they enjoy it.

No matter how intense (or not) a person may be about his or her sobriety, it’s pretty much a given that he or she will have little interest in things like spending a summer weekend afternoon at a barbecue where everyone will be drinking. If he or she “has” to go, then they’ll make an appearance, but leave relatively soon, not so much because they feel tempted to drink, but because, as I noted above, they don’t have any desire to be around a bunch of people getting drunk.

Here’s another example: if a sober person has to move in somewhere with a roommate, they’ll either look for another non-drinker, or someone who’s okay with not bringing alcohol into the home. Single sober people usually bring up the importance of their sobriety early in any dating relationship. They also make sure to not get involved in activities where drinking is front and center.

These are the kinds of subjects that are explored in a driver’ license restoration appeal, beginning in our office, then with the evaluator, and continuing all the way through the hearing with the Secretary of State hearing officer.

Although we talked about “drinking buddies” before, there’s more to it than just ditching them because they’re a bad influence. When people get sober, they often find that among the people they considered “friends,” only a few actually are really the kind of good friends with whom they have enough in common to spend time that doesn’t involve or revolve around drinking.

Those friends who do survive the cut and are more than just “drinking buddies,”  are, ironically, often the very same friends who were ignored during the person’s drinking career.

There are plenty of similarities in the ways people get sober, but there are plenty of differences, as well. Every person is unique, and, therefore, everyone’s recovery is unique. For every person who goes all out and takes up new hobbies, like working out and getting fit, plenty of others are a lot more laid back about it, and basically just re-engage in life.  Again, whatever floats your boat.

Whatever a person does or does not do to get sober, almost every single one will eagerly describe how his or her life without alcohol is completely different from and better than it was back when they were drinking.

In the real world, the friends and family play a role in this, as well. Those who are close to a recovering person can really see these differences, both as they emerge, and later on, when they think back on how he or she behaved when drinking. They’ll often describe the person’s sobriety as being like having the old person back again. As a result, many become cheerleaders for the person’s continued sobriety.

The changes a person goes through as he or she settles into sobriety are both internal and external. Sobriety provides a person with the perspective that allows them to look back on their life and see just how much of what they used to do involved – and often revolved around – drinking.

Supportive family will help by doing things like removing alcohol from the home. Partners and spouses who were social drinkers will often stop drinking, too, in a show of support.

We once received a letter of support from a client’s family member who wrote something to the effect that she removed all alcohol in the home because she felt her obligation to our client was to support him in his sobriety, not tempt him out of it.

There are endless other examples of what a sober lifestyle is or can be like. There are no set rules to this other than a person has to eliminate alcohol from his or her life, and not spend any significant time around it, or with people while they’re consuming it.

While those who are sober simply “get” this at the gut level, most of these things aren’t really known to anyone who hasn’t gone through them. An important part of our jobs, as driver’s license restoration lawyers, is to help bring this out on behalf of our clients. We have to make sure to explore their recovery and explain it in a way to show the visceral realness of their experiences that could never be faked by anyone merely trying to “say” they’ve quit drinking.

Even if, as driver’ license reinstatement attorneys, we ever did try to have some client just “say” these kinds of things, there is something “special” about they way it sounds when it’s true that isn’t there when it’s not. The kind of genuine gratitude experienced by someone who had quit drinking and gotten sober simply cannot be faked.

For all the buzzwords the Secretary of State hopes to hear from someone filing a license restoration or clearance appeal, the story of their sobriety must be built upon a genuine foundation of a sober lifestyle.

In other words, it must be true.

If we turn this around and examine it from the “negative” perspective, then the point of this article is that the absence of a sober lifestyle will kill a license appeal in the same way that still drinking, or even thinking you can still drink, will derail it. No matter what a person says, it’s what he or she does that really matters.

As my late mom used to say, “actions speak louder than words.”

When it comes to failing to prove one’s sobriety, the lack of a sober lifestyle will supersede anything a person says to the contrary.

As I pointed out, making sure this is all done right is our job, and my team and I do it well enough to guarantee to win every first time driver’s license restoration and clearance appeal case we take. As long as we have real sobriety as a foundation, we can build almost any case into a winner. We won’t take any case unless we know it has necessary ingredients to be made into a winner.

If you’re looking for a lawyer to win back your license or help you obtain the clearance of a Michigan hold on your driving record so you can get a license in another state, do your homework. Read around and see how lawyers explain things, and how they explain themselves.

The driver’s license restoration section of this blog has more useful information about the license appeal process than you can find any and everywhere else combined, but don’t just take my word for it; look around.

When you’ve looked around enough, start checking around. All of our consultations are free, confidential, and done over the phone, right when you call. My team and I are very friendly people who will be glad to answer your questions and explain things.