The fact that I guarantee to win every driver’s license restoration and clearance appeal case I take sometimes leads people to mistakenly believe that all they need to do to win back their driver’s license is hire me. In this short article, I want to make clear that, beyond merely being able to pay my fee, a person must be sober for me to accept his or her case, and, more important, to be able to win it. The first and foremost legal requirement to win a driver’s license appeal case (and for me to take it) is that the client has honestly quit drinking. The whole point of the appeal process is about being able to prove that. 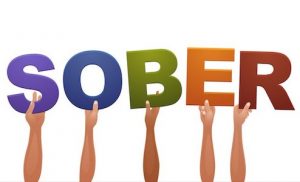 This is not just important, it is everything! The Michigan Secretary of State’s primary focus in license reinstatement cases is to screen out those people who present any risk to ever drink and drive again. The SOS has, for its part, correctly concluded that people who do not drink will not drink and drive, so it has drawn a line in the sand right there, and will only return a license to those people who can prove that they have genuinely quit drinking, and are a safe bet to never drink again. This logic here is really quite straightforward.

The purpose of the laws and rules governing license appeals is simple: to prevent anyone who still drinks, or even thinks he or she ever can drink again, from getting back on the road. My office gets tons of calls and emails from people who start off by explaining how much they need their license back, or how long it has been since they’ve had one. To be clear, that doesn’t matter one single bit in terms of qualifying to actually win it back. To be sure, a person must wait until he or she is legally eligible to even start the license restoration process. Under Michigan law, a person who accumulates 2 DUI’s within 7 years will have his or her driver’s license revoked for 1 year, while anyone who racks up 3 DUI’s within 10 years will be revoked for 5 years.

Just “needing” a license, however, means nothing. Beyond waiting that minimum time period of your revocation (and this subject does get deep), you must also be off probation or parole, and be able to demonstrate a sufficient period of what is called “voluntary abstinence” (time off probation or parole where you can prove you haven’t been drinking) to be able to win a license appeal. This means, then, that merely being legally able to file a license appeal with the Secretary of State is very different from actually being able to win it. For as complex as it can get, the whole notion of voluntary abstinence circles back to sobriety. In the context of a Michigan driver’s license restoration or clearance case, “sobriety” means both that you have quit drinking and that you have the commitment and the tools to never drink again. Ever.

No matter how much I write about this topic, I still hear from people who don’t grasp the notion of sobriety. Being abstinent from alcohol means no consumption of it. A person can’t claim to have been abstinent for the last several years, but then go on to admit having had a drink at a wedding, or a New Year’s party in the meantime. Your period of abstinence is the amount of time since you last ingested any alcohol whatsoever.

Sobriety includes abstinence, but it is different in the sense that it also looks forward, meaning that a person intends to remain abstinent for good. In that way, all sober people are abstinent, but not all abstinent people are sober. That’s all well and fine, but the SOS has established rules designed to only restore driving privileges to people who have been abstinent for a certain minimum period of time and who intend to remain abstinent (sober) for life. That a genuinely sober person may lose his or her license appeal case and be denied is a given. From the state’s point of view, it’s far worse to give a license back to someone who may drink again than it is to withhold a license from someone who is genuinely sober, but just fails to adequately prove it. The sober person will eventually succeed.

This is where some people (many of whom will probably never win a license appeal) get angry, and start complaining, among other reasons, that it’s legal to drink, that not having a license is holding them back, and that they haven’t been in trouble in years. None of this has anything to do with being sober, and none of it could possibly matter less. Again, and to reemphasize the point, the license appeal process is designed to ONLY restore driving privileges to people who can prove they haven’t had a drink in a certain number of years AND are committed to never drinking again.

As it turns out, people either “get” this, or not. In other words, nobody accidentally becomes committed to sobriety. Those people who genuinely quit drinking and adopt a sober lifestyle can point to endless differences between how their lives used to be with alcohol and how their lives are now, without it. Really quitting drinking is about a lot more than just quitting drinking; it’s about changing almost everything in one’s life. When a person shows up for a license appeal hearing, the hearing officer is expecting to hear about a one-eighty in the direction of that person’s life since he or she put the plug in the jug.

If this makes sense to you, then you get it. If you’re thinking that you “get it,” but somehow think of yourself as sober even though you’ve had a drink, or think you can still drink, even if only once in a while, then we’ve got some work to do. The last thing I want to do is shut the door on anyone and tell them to come back when they do “get it.” My phone is always open and we’re always happy to speak with anyone in the hopes that maybe we can say something that will help tip the scales in favor of not drinking anymore. I won’t file a license appeal for anyone who is not genuinely sober, but I will always take the time to help someone get there.

I can win back your driver’s license, or get a clearance of a Michigan hold on your driving record so you can get a license in another state. If you have quit drinking, and I take your case, you WILL win, guaranteed. Even if you haven’t quit drinking, but want to talk about it, feel free to give me a ring. All of our consultations are done over the phone, right when you call, and you can reach my office Monday through Friday, from 8:30 a.m. until 5:00 p.m. (EST) at 586-465-1980. We’re here to help.