As a Michigan DUI lawyer, I frequently find myself answering questions about what will happen to a person’s driver’s license as a result of a drunk driving case.  In this article, I want to shift the focus from what will eventually happen to your license, down the road, to the what that paper license that sitting in your wallet right now is all about.  I have done numerous other and thorough examinations of license consequences in both the Michigan DUI section of my website and in various articles within the DUI section of my blog.  Here, we’ll direct our attention to the legal and practical implications of having your physical driver’s license destroyed and exchanged for a temporary driving permit, and exactly what it “permits.” 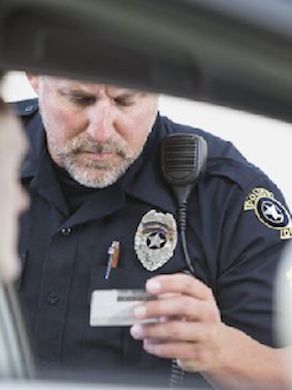 Michigan DUI law requires the police to confiscate and destroy your physical driver’s license at the time of an alcohol-related driving offense, like OWI.  The police must give you a temporary driving permit (it is called a section 625 G permit) and then enter this information so that your Michigan Secretary of State (SOS) driving record will promptly reflect what has happened.  Imagine, for example, that a person is arrested for a 1st offense DUI and is in an accident a week or so later; the police who respond to the scene will ask for his or her driver’s license, and all he or she will have to give is the paper license (without a photo, no less), so the driving record better confirm that.  The most important thing about this temporary driving permit, and really, the most important point of this article, is that it is a “full” license and does not, in any way, further restrict your ability to drive.  The key word there is “further,” because although the Michigan Temporary driving permit does not restrict your ability to drive, neither does it confer any additional driving privileges that you did not have at the time of its issuance.  Thus, if your license was already restricted at the time of your DUI arrest, the temporary driving permit means that you can still drive, but only in accordance with the restrictions that were already in place.

The easy way to understand this is that the temporary driving permit is the same thing as if you actually lost your wallet, with your license in it, and then went to the SOS for a replacement, and while you waited for your new picture license to arrive in the mail, had to carry a paper temporary license.  This is a subject about which many people are confused, and I can only surmise, somewhat ashamed to ask.  Let me repeat this to make it clear:  If you have been arrested for a drinking and driving offense in Michigan and have been issued a temporary driving permit, there is absolutely no restriction on your ability to drive that wasn’t already there before the incident.  If you had a full license at the time of your arrest, you have a full license thereafter, and until further notice from the SOS.  Things are different, however, for those who refused the breath test and have been given a temporary license on a special form entitled “Officer’s Report of Refusal to Submit to Chemical Test.”  If you have been given that form, you still have a full license, but only for a while.  Lets’ explore this further…

If you refused to take a breath test at the police station and you were given that “Officer’s Report of Refusal to Submit to Chemical Test” form, then you MUST, within 14 days, submit a request for a hearing (the instructions are on the back of the form if you don’t get into a lawyer’s office soon enough) with the Secretary of State, or your license will automatically be suspended.  This happens because Michigan has a law called “implied consent,” and it requires you to take a breath test upon being asked by a police officer.  Absent certain defenses about the legality of the request and such, the simple fact that you didn’t blow at the police station sets this in motion.  By not requesting a hearing, you forfeit your right to asset any of those defenses, there won’t be any kind of hearing, and your driver’s license will automatically be suspended for a year.

If you do request a hearing, then you’ll get one.  It goes beyond the scope of this article to get into the nitty-gritty of all that, but if you do make your request, 1 of 3 things will happen: (1.) You will go to your hearing and lose (most likely, if the arresting officer shows up), (2.) you will go to your hearing and win (without a lawyer and some kind of demonstrable legal defect in the handling of your case, this is rather unlikely), or, (3.), you will go to your hearing, but the officer will not, and the implied consent violation will be dismissed.  Believe it or not, this happens somewhere around 10% of the time, so I tell everyone to request a hearing and show up, just in case the officer does not.  This is ALWAYS worth a shot.  The bottom line is that you should request a hearing right away, no matter what.

Most people, however, don’t have any of this implied consent stuff to deal with, and just wonder about the status of their ability to drive when they have to put a piece of paper back into their wallet, instead.  Down the road, and unless your case is thrown out of court, something will happen to your license, but that only occurs after you’ve been convicted, meaning after you’ve pled guilty to some kind of alcohol-related driving offense, or have been found guilty of drunk driving after a trial (although trials seldom take place).  Until one of those things happen, anyone who otherwise had a valid license at the time of his or her DUI arrest has the same driving privileges afterward as he or she did before.

Of course, everyone would like to have their picture license back.  You can’t.  Sometimes, the police don’t’ destroy a license (maybe the person couldn’t find his or her wallet when they were arrested), but they still give the person a temporary driving permit anyway.  To be clear, your actual picture license is no longer valid if that happens, but your paper permit is.  Technically, you are supposed to surrender your picture license, but anyone who is lucky enough to still have it will probably use it for ID until the DUI case is over and he or she gets a new one.  For the majority of people not so lucky (if you call any of this lucky), they’ll have to get by with a passport or work ID.  In cases of a 2nd or 3rd offense DUI, where the person will have his or her license revoked, then a state ID is always the best option.

If you’re facing a DUI anywhere in the Metro Detroit area and need to hire a lawyer, I can help.  Before you make your choice, read articles like mine (and think critically; are you being “told” what you want to hear, or are you learning what you genuinely need to know) then pick up the phone and call around.  Ask lots of questions.  You can get answers to your question from my office right when you call, because I do all the consultation stuff over the phone.  You can reach us anytime Monday through Friday, from 8:30 a.m. until 5:00 p.m., at 586-465-1980.  We’re here to help.