DWLS and DWLR cases all start with one common factor – the lack of a valid driver’s license, but they go in many different directions from there. A person who picks up a DWLS charge after not paying a ticket is going to need different “lawyering” than someone facing a DWLR charge, and who has had his or her license revoked after 2 or more DUI’s, especially if that person has any intentions of every trying to get it back in the future. There is a prevailing misconception that suspended and revoked license cases are all pretty much the same. In fact, the reality is very different. 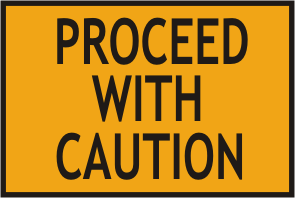 In general, suspended and revoked license charges provide one of the best examples of the admonition that “a little knowledge is a dangerous thing.” Over the course of my career, I have, in many cases, had to explain subtle but important nuances of licensing law to both Judges and prosecutors. Because I am a full-time driver’s license restoration and DUI lawyer, I work with the laws and rules that affect driver’s licenses every single day. I deal with everything, from the most common issues to the most obscure. I’ve had to research license issues most lawyers, including Judges and prosecutors, would never know exist, and then figure out how to resolve them.

A central focus of our work is helping people win their licenses back, which helps explain why my team and I often get a better plea deal in a suspended and revoked license cases. Many of our clients are people who don’t have a license (usually, because of multiple DUI’s), and want to get it back. When someone who is, or will soon enough become eligible to win their license back winds up facing a revoked license charge, or any kind of charge that can legally delay their ability to file a license appeal, we have to work things out so that doesn’t happen, and they can mover forward sooner, rather than later.

One of the biggest problems we see is that many lawyers don’t understand the administrative penalties in DWLS and DWLR cases, because these sanctions aren’t part of the criminal or court process. Thus, what might seem like a good plea deal in most suspended/revoked license cases can completely kill the chances of a person who is revoked from getting his or her license back for another 1 to 5 years. Worse yet, to those who don’t know better, this isn’t discovered until after it’s too late.

My team and I are regularly called upon to negotiate plea bargains that go above and beyond what most in the legal field would consider “standard” in order to protect our clients’ ability to file for reinstatement of their driver’s licenses. This most often means working out a plea arrangement where NOTHING goes on the clients driving record, and doing that requires a lot more than just showing up to court and saying, “I want a deal where nothing goes on my client’s driving record.” In fact, over the years, we have put together some rather complex and creative resolutions for what may have at first appeared to be nothing more than a simple suspended or revoked license charge.

Part of this is because who we are. Even a quick look at my site and blog clearly shows that we are a driver’s license restoration and DUI lawyers, and not some general criminal attorney firm. With a few special exceptions, almost every case we handle involves or arises from the operation of a motor vehicle. We read more driving records in a week than most lawyers will in an entire career. When we show up and want to start trying to hammer out an unusually lenient deal to resolve a case, it’s a given that when we say we’re doing it because we’re trying to make the person “legal,” we mean it.

That’s not bragging; that’s simply describing what we do. As a result of dealing with license issues day-in and day-out, we can get better outcomes because we often have to. As the saying goes, necessity is the mother of invention.

Another specific example of where “a little knowledge is a dangerous thing” in a way that screws people up can be found when someone accepts a plea-bargain in a suspend or revoked license case to what is commonly called “no ops” (which stands for “no valid operator’s license on person”). Most people have heard of this, and it is thought of as the “standard” deal, like “impaired driving” is the standard bargain down from an OWI charge. Moreover, because a conviction for no ops doesn’t carry any points or additional suspension of the driver’s license, people get lulled into thinking that it’s kind of a “free pass” in terms of plea bargains. And to be clear, in some cases, that’s essentially true.

Not in all cases, however.

A conviction for no ops still winds up on a person’s driving record. This means, for example, that someone with a revoked license won’t get any points, but the Secretary of State will (because, under the law, it must) impose what’s called a “mandatory additional ‘like’ revocation” that causes the person’s license to be revoked for an additional 1 or 5 years as a result of the “no ops.” I can’t count the number of times I’ve been asked by a license restoration client who got socked with this why nobody told him or her that at the time.

What can I say? The truth is, the lawyer didn’t know.

Sometimes, it takes a lot of effort and strategy to get a better outcome in a suspended or revoked license case. In my office, we are used to having multiple court dates and following up with the prosecutor by providing certain, specific documentation in order to bargain our way to a better result. We don’t expect that a DWLS/DWLR case is going to be a “one and done,” and we don’t bargain price our fees for that, either. We approach each case with the idea that we’re going to do whatever it takes to get the best outcome possible.

We have worked many DWLS and DWLR cases around getting someone’s license back, not only in terms of negotiating a plea that will stay off his or her record, but that will satisfy a Judge for a more lenient sentence. What I mean by “worked around” is that we’ll pause the pending suspended or revoked license case while we get started on an actual license appeal.

There is no way to learn this other than through experience. In our case, however, it’s often experience borne of necessity, because many of our clients are worried about the future, and not just the current charge. Whatever else, I know that when my office takes a suspended or revoked license case, we will, without exception, produce the very best result possible. For my team and I, suspended and revoked license issues are as central to what we do as teeth are to a dentist.

If you are facing a DWLS or DWLR charge and need a lawyer, be a smart consumer and read around, gather real information, and then check around. Ask questions. If your case is in the Greater-Detroit area (Oakland, Macomb or Wayne County), make sure you give my office a ring. All of our consultations are confidential and done over the phone, right when you call. We can be reached Monday through Friday, from 8:30 a.m. until 5:00 p.m., at 586-465-1980. We’re here to help.