A 2nd offense DUI charge is serious. The reader undoubtedly knows that, and fear-based marketing scare tactics aren’t going to help anyone’s situation. In this article, we’ll look at 2 key aspects of 2nd offense DUI cases that can be positively influenced by competent Michigan DUI representation. We’ll begin by examining a major concern – losing the ability to drive. Then, we’ll get to the good news – that in many 2nd offense cases, jail can often be avoided altogether. 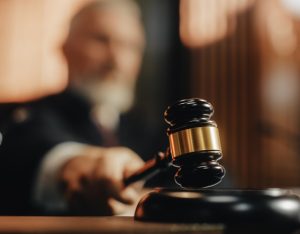 Let’s start with an important but often overlooked facet of Michigan law. Anyone arrested for (and convicted of) a 2nd offense DUI within 7 years of the date of his or her 1st DUI conviction is legally categorized as a “habitual alcohol offender.” There are several key consequences to this, 2 of which will significantly impact anyone convicted for his or her second DUI. The first is that, upon conviction for his or her 2nd offense, the person’s driver’s license will automatically be revoked.

This is done by the Michigan Secretary of State, and not the court. Understand that “revoked” means taken away for life. This is very different than the mere suspension of a driver’s license following a 1st DUI conviction. There, a person simply has to wait a specified period of time (either 3 months, 6 months, or 1 year) and then he or she can regain full driving privileges upon payment of the mandatory reinstatement fee.

The only way to reinstate a revoked license is to wait out the mandatory minimum revocation period, and then file – and win – a formal driver’s license restoration appeal. And to be clear, there is no other legal way to regain driving privileges. This is true even if he or she waits 20 years, or 40 years to try and get back on the road.

As a practical matter, a person convicted of a 2nd DUI within 7 years is going to have to wait the better part of 3 years to have any realistic chance of restoring his or her driving privileges. The law does not provide for  any “hardship” appeals whatsoever. In other words, it doesn’t matter how much someone may need a license.

This is where the second consequence becomes extremely important. Anyone who is categorized as a “habitual alcohol offender” by virtue of 2 DUI’s (the technical name for a DUI is an “OWI,” which stands for “operating while intoxicated“) within 7 years is PRESUMED to have an alcohol problem.

That’s huge, and here’s why;

To win a Michigan Driver’s License restoration appeal, a person must prove, by what the law specifies as “clear and convincing evidence” 2 key things:

First, that his or her presumed alcohol problem is “under control. This means that, as a practical matter, the person can demonstrate him or herself of have been completely abstinent from alcohol (and all drugs, including recreational marijuana) for at least 18 months to 2 years.

Second, it must also be proven that his or her presumed alcohol problem is “likely to remain under control.” This requires demonstrating that he or she has both the ability and commitment to remain alcohol and drug-free for life.

The legal issues are an extremely deep subject in their own right. Accordingly, the reader would be well advised to check out the link provided here to driver’s license restoration section of our blog in order learn more about the process.

Of course, jail sucks, and everything should be done to avoid it. However, not being able to drive 3 years after being arrested will impact most people a lot more than having spent a week or so in jail for a 2nd offense DUI conviction. This is not to diminish the importance of avoiding jail, but rather to highlight the need to look beyond it, as well.

Always remember – success in a DUI case is always best measured by what does NOT happen to you.

In that broader context, protecting a person’s driving privileges is critical, as is protecting him or her from all of the other fallout of a 2nd offense DUI conviction.

Fortunately, there does not have to be any tradeoff between avoiding jail and saving one’s driving privileges. In those cases where jail can be more easily avoided, this frees the lawyer up to immediately concentrate his or her efforts on things like protecting the client’s ability to drive.

If finding a way to avoid jail takes more time, then doing so becomes the first order of business. After that, we can work on protecting a person’s ability to drive and avoiding the other potential legal penalties, as well.

Here’s the catch, if you can call it that: A driver’s license will be automatically revoked, by law, for a 2nd offense DUI within 7 years. The only way to prevent a person from losing his or her driving privileges is by getting him or her into sobriety court. We’ll see why in a moment.

Sobriety court programs are another entire subject in their own right, and nothing we can even begin to properly summarize here. To learn more, the reader should take the time to explore this subject in more detail by clicking the linked articles about sobriety court options in 2nd and 3rd offense DUI cases.

The short version, though, is that sobriety courts offer eligible candidates extensive counseling and treatment, either for free, or for mere fraction of what it would otherwise cost. As an incentive to participate in them, sobriety court Judges have special authority to override the Michigan Secretary of State’s mandatory revocation of a person’s driver’s license and grant restricted driving privileges.

In other words, you can get your license restored as part of the “probation” for a 2nd offense DUI case.

Sobriety court programs are truly great. They can be very helpful. Unfortunately, not everyone can into one.

Also, there are plenty of people who don’t want to make the required commitment to one, either. Thus, we’ll move on now and talk about people who can’t or won’t go that route.

Beyond losing one’s license, and going to jail, either or both of which can often be avoided in 2nd offense DUI cases, what is the other, biggest, real-world risk of a conviction?

Anyone in a 2nd offense DUI situation needs to avoid as much of that as possible, and as many other of the legal penalties and negative consequences as well. Here again, we return to the notion that success in a DUI case is best measured by what does NOT happen to you. That’s a very real goal and not merely a bunch of hype. A person is going to have to live with whatever does happen to him or her, so in that regard, less is always more, and always better.

To be sure, a lawyer can only keep his or her client out of jail and avoid penalties by employing an intelligent defense strategy. Good work is the key to good results. Great outcomes don’t happen by accident. It’s easy to just blabber on about “fighting” a 2nd offense DUI charge, but the simple idea of “fighting” is not, by itself, a plan.

A lawyer can “fight” just about everything, but merely fighting for the sake of fighting (and charging the client for it) is a complete waste of time, money, and, perhaps most important, the Judge’s patience.

Every DUI case needs its own strategy. This will take into account the underlying facts, as well as every other relevant detail, like where the case is being decided. Things that will fly with one Judge will crash and burn with another. As Michigan DUI lawyers, this is a key reason why my team and I limit our practice to the Metro-Detroit area, meaning the courts of Wayne, Oakland, Macomb and the surrounding counties.

This stands in stark contrast to our driver’s license restoration practice, which is statewide.

In the DUI world, a lawyer should be selling his or her experience and knowledge about how to get things done in a court where he or she has gained that experience. This means knowing what will and won’t work in a particular court, or fly with a certain Judge. It does NOT mean going to some court he or she isn’t familiar with.

Long before going to court, the first thing a lawyer needs to do in any DUI case is obtain and then carefully examine every last shred of the evidence. A 2nd offense DUI case won’t dismiss itself (nor will any case, for that matter). The legal team needs to dig hard for any legitimate reason to challenge the evidence. How that’s likely to work out (or not) is also partly a function of how things are done is a specific court.

The same dash cam video that could get a charge dismissed in one court may very well get little more than a yawn in another. Knowing these things is important to the proper handling of a case.

There is, of course, a lot more to “properly handling” a DUI case -particularly someone’s 2nd offense – than just taking care of things in court. Being proactive – in the right ways – can be critical. For example, understanding when to get into counseling, and specifically what kind of counseling or treatment to get into, can pay huge dividends later.

That said, it’s mostly a waste for someone interested in sobriety court to enroll in and pay for a treatment program first, and then find him or herself rejected for admission a sobriety court program later on for having completed it.

For all the many considerations there are in any given drunk driving case, the DUI lawyer’s job is to produce the best outcome. As we’ve noted, that means avoiding as many of the legal penalties and negative consequences as possible.

In a 2nd offense DUI case, it is often feasible to keep the client from doing any jail time. However, escaping a few days in jail doesn’t do someone a whole lot of good if they wind up getting pounded with “probation from Hell” and can’t drive for the next 3 or more years, either.

As Michigan DUI lawyers, my team and I know that protecting our client, and his or her interests, requires a multi-pronged approach. We know how to fight, and how to negotiate. When all is said and done, we will always produce the best results possible in every case we take.

No lawyer can do more, and my team and I will never do less.

If you’re facing a 2nd offense DUI charge (or any DUI charge, for that matter) and looking for a lawyer, be a wise consumer and read around. This blog is a great place to start. It is fully searchable and updated with new, original content weekly. To date, there are over 590 articles in the DUI section. To be blunt about it, there is more useful information to be found here than anywhere.

However, don’t just take my word for it; look for yourself.

When you’ve done enough reading around, start checking around. You can learn a lot by actually speaking with a live person.

Make sure you give our office a ring as part of your inquiries. All of our consultations are free, confidential, and done over the phone, right when you call. My team and I are very friendly people who will be glad to answer your questions and explain things. We’ll even be happy to compare notes with anything some other lawyer has told you.