In part 1 of this article, we began looking at the 3 main ways a 1st offense DUI in Michigan will affect your life. While most people’s greatest fear is going to jail, we noted that’s highly unlikely to happen, but that there are still plenty of other potential legal consequences to avoid or minimize. As I pointed out, unless a case is completely thrown out of court, there are 3 main things that will happen to everyone as the result of a DUI, and we then covered the first of them: driving restrictions. 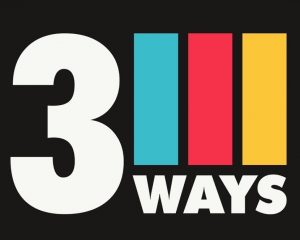 Here, in this second part, we’ll look at the 2nd main way a DUI will affect your life: probation. Before we get to that, however, let me be repeat something: everybody wants to have their case dismissed or tossed out of court, and every lawyer should do everything possible to make that happen. However, the simple truth is that most cases DO NOT just “go away” because the police do not routinely make the kind of catastrophic mistakes that cause Judges to routinely dismiss them.

In the real world, a Judge will only exclude evidence or dismiss a DUI case because he or she has to, and that only happens if a lawyer has carefully examined everything and found some significant problem that leaves the Judge no choice. DUI cases that get dismissed are the exception, not the rule. Some lawyers make it sound like the only thing standing between a person and the dismissal of his or her charges is paying the attorney’s retainer, but that’s not how it works.

Having clarified that, we can now turn our attention to the 2nd main way a first offense DUI will affect your life: You will almost certainly be placed on probation.

First, let’s get this out of the way: up until several years ago, there were a few courts in the Metro-Detroit area that, in the occasional case, wouldn’t necessarily order probation, and would, instead, let somebody wrap up a 1st offense DUI case with nothing more than the payment of fines and costs.

Those days are now as much a thing of the past as the days when smoking was allowed on airplanes.

Once in a while, however, a person can wind up being placed on a term of probation so lenient that it’s almost non-existent. This occurs when a person is given “non-reporting” probation, meaning that he or she is not required to really do much more than NOT get in trouble for a given period of time.

Nowadays, though, the only time someone gets “non-reporting” probation is when he or she lives a great distance from the court where the case took place. You’ll see this, for example, when a person from west side of the state gets an OWI somewhere here around, like in Wayne, Oakland or Macomb County, or vice versa.

Even while on non-reporting probation, however, a person will still be legally forbidden from doing certain things (like consuming alcohol), and required to do others (like completing some kind of alcohol education class). This means if a person does wind up in some situation or other and the court finds out he or she was drinking, that’s a violation of probation that can land him or her in jail.

The other 99.9% of everyone who get a DUI will, among other things, be assigned a probation officer, and required to complete at least some kind of alcohol education classes, refrain from consuming alcohol, and required to submit to breath and/or urine testing to ensure compliance with the “no drinking” order.

Although it’s not fun, probation for a 1st offense DUI in most courts is not overly burdensome, either. At its most basic, probation is actually simple: do certain things, and don’t do others. We’ll skip any detailed examination of probation here; I cover the whole probation process in detail within some of the other articles from the DUI section of this blog. Instead, we’ll keep a wide focus, on the idea of probation in general, rather than the specifics of it.

The big risk for anyone going through a 1st offense DUI is getting caught up in “probation from Hell,” meaning they have to do a lot of stuff.  Accordingly, an important part of our job, as DUI lawyers, is to thoroughly prepare our clients for the legally required written alcohol screening test and interview with the probation officer. As the lyric goes, “good work is the key to good fortune.”

The probation officer’s job is to administer and score the written alcohol screening test, interview the person going through the DUI, gather background information about the facts of the case, about the person him or herself, including education, employment, family, life, along with his or her substance use history, and then make a written sentencing recommendation to the Judge outlining what should be ordered, by way of probation, in their case.

You can count on this: every Judge, in every local court, follows these recommendations very closely.

This means, them, that the kind of probation a person winds up getting largely depends on how well he or she does on the screening and at his or her interview, and that, in turn, depends largely on how well he or she has been prepared for those things. This is something we focus upon in our practice, and should be a focal point for any lawyer handling a DUI case.

The most common problems people have with probation usually involves things like compliance with testing schedules, errant test results, or, worst of all, getting in trouble, either by drinking (and testing positive) or getting arrested for a new offense.

Of course, nobody wants to be on probation, and just about everyone asks if there is some way to avoid it (there isn’t), but the reality is that it’s far more of an inconvenience rather than anything else.

As I pointed out, probation really boils down to being required to do certain things, like attend some alcohol education classes or counseling, report as directed, stay employed, and test as required, and not do other things, like consume alcohol, use drugs, or otherwise get into more trouble.

We’ll stop here, and finish up in part 3 with the 3rd main way a DUI will impact your life: money.