In part 1 of this article about the 3 main ways a 1st offense DUI case in the Metro-Detroit area will impact your life, we saw how there will always be some kind of driving restrictions following a conviction, while in part 2, we noted that some kind of probation is almost certain to follow, as well. Here, in this 3rd installment, we’ll turn to final main a 1st offense OWI will affect you: it’s going to cost a lot of money. 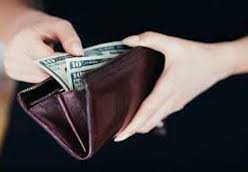 It’s probably best to tackle this by first observing that, for everything I could or will say about a DUI and money, “it is what it is,” and that means expensive. Anyone trying to save money on a DUI is pretty much wasting his or her time. About the only expense a person can reduce is how much they spend on a lawyer, but that generally provides diminishing returns. In other words, whether you can afford it or not, this is going to be costly.

About a decade ago, there was a state-sponsored ad campaign in Michigan warning that a DUI would cost about $10,000. Adjusted for inflation, that still pretty much holds true today, as well. To be sure, there are places, even locally, where the fines and court costs for a DUI will be less, and other places where they will be significantly more, but however you cut it, a 1st offense DUI is not cheap.

And let me get this out of the way early: Our office is not cheap, either. We are definitely NOT the right choice for anyone “price shopping” for a lawyer. We do not run any kind of cut-rate operation, nor do we have any interest in competing with any other lawyer or law firm relative to the fees we charge.

Here, though, I also have to point out that for every discount lawyer who thinks one of his or her best attributes is being “affordable,” there are way more who charge high fees for what can, at best, be described mediocre services. While you’ll never get what you don’t pay for, it is way too easy to wind up paying too much for nothing more than average legal skills.

In the “big picture” context, the cost difference between a top-shelf lawyer and a bargain attorney really only represents about 10 to 15% of the overall expense associated with a 1st offense OWI. Unfortunately, the real cost can be a huge difference in the quality of the outcome.

Most of the other expenses are rather fixed, and include things like court costs, probation oversight fees, testing, and the inevitable increase in car insurance rates.

There is nothing to be done about that. As I stated at the outset of this installment, “it is what it is…”

Some people accept that this is just part of the deal, while others, understandably, complain about it. It is important to remember that the law intends a 1st offense DUI to “hurt,” especially because it is also understood that very, very few people will ever go to jail. Therefore, as the thinking goes, the best place to make it hurt is in someone’s pocketbook, and the courts are ready to oblige.

And with that, we’ve covered the 3 big ways a DUI will impact your life. However, there is one last important point to make, because underly the 3 things we’ve examined is the fact that you’re just going to have to deal with it.  Whatever may or may not have led it, sometimes, a DUI just happens, but so too do some of the consequences that follow.

This is not a callous observation on my part. Over the course of nearly 30 years, I have been asked every DUI-related question you could imagine, and been presented with every bizarre, exceptional and unusual situation there is, from people who simply didn’t want the hassle that comes with a DUI charge to those who lived out of state (or even out of the country), or who were otherwise packed and ready to start a job outside of Michigan and then picked up a case right before they were to leave.

Second, because of that, there is no actual person or group of people – no they – who cares about or expects anything. The law simply provides penalties for anyone caught driving while over the limit, and to the extent that there is any expectation, it’s that a person won’t do that in the first place.

As another old saying goes, “you are special and unique – just like everyone else.”

Despite all that, almost every Judge out there will work with a person. The goal of a 1st offense DUI sentence is to provide a disincentive so that a person will never get another DUI. There is no Judge who wants to ruin a person’s life, or cause him or her to lose their job over a drunk driving case.

Nevertheless, a DUI will be a pain in a$$ because it’s supposed to be, and anyone who gets caught up in this is just going to have to accept that and deal with it.  We can make it a lot better, but as I hope this series has shown, there are some things that you just can’t get out of.

If you’re facing a DUI and looking for a lawyer, be a good consumer: do your homework, and read around. Read how lawyers explain things and how they explain themselves. When you’ve done enough of that, start checking around. All of our consultations are free, confidential, and done over the phone, right when you call. My team and I are very friendly people who will be glad to answer your questions and explain things.