In part 1 of of this series about getting out of a DUI case as quickly, painlessly and completely as possible, we looked at the importance of managing time, and in part 2, we explored what it means to get through it painlessly. We noted that there is are some similarities – although also some key differences – between emerging from a DUI as painlessly and completely as possible. In this installment, we’ll explore getting out a DUI completely. Let’s begin by recalling our gold standard: Success in a DUI case is best measured by what does NOT happen to you. 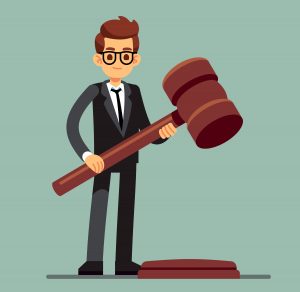 One of, if not the very first thing every person thinks after being released from jail following a DUI arrest is that they just want the whole thing to go away. Is there anyone who wouldn’t? The reality, though, is that of all the DUI cases brought in Michigan courts, less than 2% are ever thrown out. In 2020, for example (the most recent year for which statistics are available), the total number of cases dismissed out of court was less than 1.6%. This means, then, that over 98% of all people who have to go before a Judge for a DUI charge will NOT get their cases tossed out of court, no matter how much they hope that happens.

This is important, because a lot of people blow a whole lot of money buying into the online legal marketing BS that makes it sound like some lawyer has the “secret” to getting DUI cases dismissed. To the extent there is any “secret” it’s this: hard work. DUI cases don’t dismiss themselves, but no matter what, all the effort in the world isn’t going to get a case that’s otherwise legally solid knocked out, either. The key to producing the best result in any DUI case (and just about anything else in life) is to stick to the fundamentals, and in the drunk driving world, that always means the lawyer must painstakingly do the “grunt work.”

As we observed in part 2, getting a plea bargain from a more serious to a lesser DUI charge is generally a good thing, but when all is said and done, what matters most is what happens to you, and, in that sense, what does not. Remember our example of 2 people with a 2nd offense DUI, and 1 of them got a really great plea bargain down to a 1st offense, but wound up serving 24 days in jail, while the other person didn’t get any kind of plea deal, but also didn’t get any jail time, either.

Although we can often measure “success” objectively, sometimes, a person may have individual needs that are unique, and really only matter to him or her. A hypothetical example will help explain this point:

Imagine that Larry the Lawyer gets arrested for a 3rd offense DUI , and is charged with a felony. In Michigan, a lawyer’s license is automatically revoked upon conviction for a felony offense. In other words, even though the state bar may not know that an attorney has been convicted of a felony until it is notified of that fact, the rules hold that the moment the conviction occurs, the lawyer’s license becomes void.

As he thinks about his arrest, Larry now realizes that he has a drinking problem. He wants to go to treatment, but the prosecutor handling his case is not very sympathetic, and, because of Larry’s rather high BAC result, has been unwilling to negotiate a plea bargain from a 3rd offense felony DUI charge down to a 2nd offense misdemeanor.

Finally, after much effort (meaning a lot of “grunt work”), the prosecutor relents a bit, and agrees that Larry can plead guilty to a 2nd offense misdemeanor, thereby sparing him the automatic revocation of his law license. Larry will still be disciplined, and is likely to have his law license suspended for a time, but that’s a whole different thing from having it revoked altogether.

As part of the plea deal, though, Larry must agree to serve the first 60 days in jail, and then enroll in and complete an IOP (intensive outpatient treatment program) upon his release.

Normally, with a plea bargain like Larry’s, the Judge assigned to his case would be unlikely to even give out 30 days of jail , but for Larry, NOT having his law license revoked is a huge deal, so even though this plea arrangement calls for more time than he’d otherwise serve, it gets him out of his DUI as “completely” as possible.

In fact, in the county where Larry’s case is pending, if he just went to circuit court for his felony OWI charge and pled straight-up guilty to the 3rd offense, he’d almost certainly not get any more time than the statutory minimum of 30 days in jail.

Anyone without a law or other professional license would be very likely look at this situation differently and jump at whatever arrangement required less jail time, or only 30 days instead of 60.

To them, there would be no “deal” of any kind in getting a plea bargain that called for MORE time.

For Larry, though, what DOESN’T happen to him – losing his law license, losing his practice, and losing the ability to earn a living – is far more important than the the extra jail time. At least when he gets out, he won’t to have to wait an eternity to go through the very difficult process of just trying to get his law license restored.

In other words, getting out of a DUI as “completely as possible” can, sometimes, mean different things to different people.

However, most of the time, we can simply resort to the “less is more” rule:

In addition to the depressing statistics cited above for the merit dismissal of DUI charges in Michigan, we should also look at the numbers for people who decided to fight their charges all the way through trial. They are part of the Annual Drunk Driving Audit, which, by law, is handled by the Michigan State Police

In 2020, there were 23,411 people arrested for alcohol-related traffic offenses in Michigan (that number was lower than usual because of the Coronavirus pandemic). Out of all of them, ONLY 14 people went to trial and were acquitted, meaning found “not guilty,” and 2 of those were for charges of OWI causing death.

No matter how you run the numbers or how you count the cases, the final result is that over 99.94% of all people arrested for a DUI offense DID NOT fight the case at trial and then win. We don’t know how many people may have tried and lost, but 14 is a mere 0.059% of 23,411.

Put another way, less than 6 one-hundredths of one percent (<0.06%) of all people who decided to go to trial actually won.

That percentage has been generally consistent from year-to-year. Any reader interested enough to do so can simply look at the summary in the appendices for every year the Annual Drunk Driving Audit.

Obviously, getting the whole charge dismissed outright is the very best possible outcome, and that should always be the starting point and primary goal in any DUI case. It’s a given that no DUI case is going to dismiss itself, but it’s also important to remember 2 key things:

1. Actually getting a case knocked out of court is the result of a determined effort to do just that, and then fighting intelligently.

2. In every other case, the best possible outcome short of dismissal is the direct result of focused effort and hard work trying to get it dismissed.

Plea-bargains are generally good things, but, as we saw in part 1, and in the example of Larry the Lawyer, above, they are not the end-all, nor are they the ONLY goal when dealing with a DUI charge.

A sentence bargain (meaning something like a “no jail” deal), which can be part of a plea-bargain (and can also be separate from it), can also play an important role in getting out of a DUI case “as completely as possible.”

Given that about 98% of all people who get charged with a DUI are NOT going to get out of it completely, then the goal is to get them out as completely – meaning as much as – possible.

Although it’s better to avoid as many potential legal penalties and negative consequences as one can, sometimes, a person’s unique needs when facing a DUI (like Larry the Lawyer) may be something that’s not so easily quantifiable.

Yet no matter what, we can always look to the gold standard – that success in a DUI case is best measured by what does NOT happen to you – as the guide.

We’ll stop here and wrap up in our final installment (part 4) by looking at how getting out of a DUI as quickly, painlessly and completely as possible involves striking the proper balance of those 3 things.