In part 1 of this series about getting out of a Michigan DUI case as quickly, painlessly and completely as possible, we looked at the element of time, and how merely zipping through it is usually NOT the way to produce the best outcome. In part 2, we looked at what it means to get out of one’s DUI case as painlessly as possible, and in part 3, we examined getting through a DUI as completely as possible. Here, in part 4, we’re going to look at how finding the proper balance between those 3 things is the key to producing the best outcome in every DUI case. 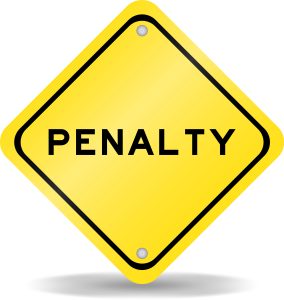 Let’s begin with the simple truth that nobody wants (nor should they have) a DUI case hanging over their heads any longer than necessary. In that sense, the sooner it’s gone, the better. However, we have to temper that with the reality that most often, and for a lot of different reasons, a much better result can be achieved by slowing things down. It doesn’t make sense to let the desire to “just get this over with” take priority over doing the things necessary to achieve the best possible outcome. And it’s right there that we run head-first into the next goal – getting out your DUI case as painlessly as possible.

Simply put, getting through a DUI as painlessly as possible means avoiding as many of the potential legal penalties and negative consequences as one can. Here’s where everything starts to come together, because in one sense, avoiding as many of the potential consequences in a DUI case as possible is almost the same thing as getting out of it as “completely” as possible. Of course, everyone would love to just have their whole DUI charge go away, but as we saw in the last installment, less than 1.6% of all DUI cases brought in Michigan courts ever get dismissed outright.

The year-to-year statistics for Michigan DUI cases are consistent: More than 98% of all people charged with a DUI in Michigan are NOT going to have their charges thrown out of court. Those are some really important numbers.

Accordingly, “getting out” of a DUI charge (at least more than 98% of them) isn’t really about having the whole thing get knocked out; instead, it’s about using the right strategy to steer clear of as much of the fallout as a person can.

There is a real and very dynamic interplay among the 3 related goals of getting out of your DUI case as completely, painlessly and quickly as possible. The job for me and my team, as Michigan DUI lawyers, is to make sure we do, in fact, strike the right balance to make that happen.

As we have noted in each of the previous installments, this can all be summed up by the “gold standard,” which is our firm’s motto: Success in a DUI case is best measured by what does NOT happen to you.

When you think about it, there isn’t really any benefit or good thing a person is going to get from a DUI.

The sole exception, of course, is that once in a while, a person who has been struggling with his or her relationship to alcohol will get arrested for drunk driving, and that incident becomes the catalyst for him or her to address the problem. This can happen the first time a person is arrested for a DUI, but, in practice, is more likely to occur in 2nd and 3rd offense cases.

Aside from those situations where a drunk driving arrest provides a wake-up call to someone, however, everything else about a DUI is negative, and the goal for us, as the lawyers, is always to make sure our client escapes as much punishment as possible.

Doing that really does require actively managing time, and looking at how to “get out” of as much of the charge (if not all of it), as painlessly as possible. What this really means can actually be a bit counter-intuitive, especially for the person facing the DUI.

It is very common for someone, when facing a DUI charge, to say (and really mean) that they “just want to get this over with.”

That’s understandable, but the reality is that, almost without exception, it never hurts to have a case play out longer, and, more often than not, doing so can help produce a better (as in more lenient) outcome.

Indeed, as a general rule, the longer a lawyer can stretch out a DUI case, the better, at least for the client, although most don’t really understand that.

To be sure, every once in a great while, something can happen, like a more serious charge that could have been made against a person gets missed initially, and by hurrying a case through, a lawyer can “duck” that and spare the client a lot of grief.

Those situations, however, are pretty rare.

Of course, it’s way more profitable for a lawyer to quickly churn through case after case, but that’s where a he or she either has the integrity to put the client’s interests first – or not. This is especially true when a lawyer has to explain all this to a client who has already made clear they want to get the case “over with” as soon as they can.

Managing time strategically is all about minimizing the potential legal penalties and negative consequences. A lawyer should always be able to clearly explain what he or she is doing in a case, as well as why and how that is part of a strategy to reach the goal of obtaining the best results for YOU, and what matters in your life.

The court system, for its part, has established ways of moving DUI cases through faster, rather than slower. As a result, the lawyer is either going to be the one controlling that flow, or just going along with it. This isn’t to say the Judge isn’t the ultimate boss, but the whole idea of “managing” time is very much about controlling it.

Indeed, the all-too-frequently used legal marketing tactic of some lawyers to “fight” everything is usually little more than bunch of meaningless BS, but even that approach can be of some value when it comes to managing time, although there are much better ways to do that than just objecting to everything.

There are always stories in the news about some high-profile case or other in court, and one will frequently hear that lawyer for one side is using “delay tactics.” That may very well but true, but it really is often part of an effective strategy.

I can’t give too much away here, but the reader should pause and ask themselves this question: When is the last time you heard about anyone famous getting a DUI (or being charged with any offense, for that matter), and “getting it over with” quickly?

The first thing big-time lawyers do, in big time cases, is slow everything down.

For all that has and can ever be written about drunk driving cases, we always come back to what I call the gold standard: Success in a DUI case is best measured by what does NOT happen to you.

Managing time must be done to positively affect the outcome of the case, and, “positive,” in that sense, means avoiding consequences, or, as we’ve described it here, getting out of a case as painlessly as possible.

We can think of it this way: more consequences equals more pain.

In terms of getting out of a case as completely as possible, we can never overlook the sheer JACKPOT value of just getting the whole thing dismissed. While it’s true that most cases don’t get tossed out of court, the simple truth is that some do, and that never happens by accident.

DUI cases don’t dismiss themselves. They get knocked out because a Judge has no other choice, and putting him or her in that position to have no other choice always happens because of good, hard work on the lawyer’s part.

A lawyer must undertake a DUI case DETERMINED that there is something wrong with the evidence, and that he or she has to dig to find it. That doesn’t make things appear that aren’t there, but it is only through that kind of commitment to carefully examine everything closely that other things are found that can be used to drive a better deal.

In other words, a lawyer isn’t going to find the kinds of things to get out of a DUI case completely without digging hard, but even if there are no errors or problems with the case that will get the whole charge knocked out, that kind of crucial evaluation of the evidence is likely to reveal other things that can be used to at least help the client avoid more consequences.

Put yet another way, a lawyer has to do a hell of a lot more than just look things over and wait for something to merely “jump out.”

In the final analysis, time has to be managed properly in order to get the client out of the case – or as much of it – as possible. That often amounts getting him or her out of it as painlessly as possible, which, as we have seen, essentially translates to avoiding all of the potential legal penalties and negative consequences that can be escaped.

As Michigan DUI lawyers, that’s what my team and I do in each and every case we take. This may not be rocket science, but producing the best outcome in every case takes consistent and determined effort. It requires never overlooking and always returning to the fundamentals, and that, in turn, means never skipping any of the “grunt work.”

Only in that way can a person get out of a DUI charge as quickly, painlessly and completely as possible.

If you are facing a DUI charge and looking for a lawyer, be a wise consumer and read around. Pay attention to how different lawyers break down the DUI process, and how they explain their various approaches to it.

If your case is pending anywhere in the Greater-Detroit area (meaning anywhere in Wayne, Oakland, Macomb, Lapeer, Livingston, St. Clair or Washtenaw County), give us a ring. All of our consultations are free, confidential, and done over the phone, right when you call. My team and I are very friendly people who will be glad to answer your questions, explain things, and even compare notes with anything some other lawyer has told you.