A Michigan DUI case is comprised of 3 distinct phases, and each of them will feel very different to anyone going through the process. Every case begins with the investigative and arrest phase, and then moves on to the court phase, and finally, the post-court (probation) phase. As Michigan DUI lawyers, most of what we do takes place in the court phase, but the point I want to make in this article is that the focus there needs to first be directed backwards, at the investigative and arrest phase, and what happened there, and then directed forward, through the post-court (probation) phase, to make sure that, when all is said and done, the client has the easiest time possible. 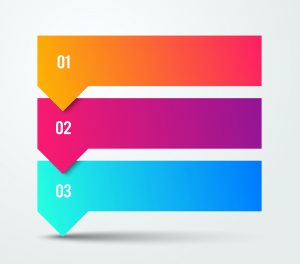 This may sound logical, but in a DUI case, it’s important to remember that everything done at the court phase has to take into account how and why the client got there in the first place, and what can be done to avoid and/or minimize all the consequences that will follow. Because the lawyer wasn’t there at the time of the arrest, that only makes it all the more important for him or her to thoroughly investigate all the circumstances surrounding it. When a DUI charge lands on a lawyer’s desk, he or she needs to start digging and question everything about it.

Even in a case where the traffic stop and/or initial police contact is legally solid, the police may have made some mistake(s) or other in the the way the evidence was gathered (like how the field sobriety tests were conducted, for example) that can be strategically used to drive a better outcome. Any problems with the traffic stop, or what followed, can only be found if a lawyer is diligent and makes it a point to thoroughly explore the investigative and arrest phase of a case.

Normally, a client will “meet” (I put that in quotes because ever since Covid, a lot of attorney-client meetings and court hearing are done remotely, rather that in-person) with his or her lawyer and explain the circumstances surrounding their arrest. Usually (and hopefully), the lawyer will ask a lot of questions to sketch out a more complete outline of what happened.

That’s fine, at least at the outset, but when it comes to properly handling DUI cases, we need what amounts to a crystal-clear high definition picture, not a mere “sketch” or “outline.”

The very first thing a lawyer should do is request the police report and any police car dash-cam or body-cam video.

The police, of course, will have written up their version of what happened, but, just like everything else in life, their version is just one version.

Even if a police officer is the most honest and conscientious person in the world, he or she cannot help but see things from his or her own perspective. This is particularly important as it relates to the collection and handling of evidence.

What matters is that the lawyer understands that his or her role here is very much like that of a historian, requiring him or her to look back at past events and try to reassemble them to find out what really happened as accurately as possible.

In our capacities as Michigan DUI lawyers, we do, of course, spend a lot of time in courtrooms.

By contrast, lawyers aren’t in the field, nor do they really do much after sentencing, other than handling probation violations. Instead, they work in the “middle,” meaning if not in the courtroom itself, then doing things directly related to the court phase of a DUI (or any criminal) case.

However, it’s precisely in that middle stage that a DUI lawyer must think in both the backward and forward directions. It is imperative to know what happened, when, why and how. Even if, as in most cases, there isn’t any basis to challenge the evidence and get the whole case thrown out of court, a lawyer needs to know how to bolster everything that works in the client’s favor, like who he or she is as a person, and how to deflect attention from any facts that might be unhelpful.

If the client is a good person, or someone who has never been in trouble before, then the lawyer must make sure that every bit of that “goodness” the client has gets presenting in a way that can help. I recently addressed this in another article by saying we need to make sure nobody overlooks the U (you) in your DUI case.

By contrast, if the client was really drunk at the time of his or her arrest, and had a high breath or blood test result, was in an accident, or was otherwise a difficult arrestee, then any potential fallout from that needs to be minimized. In that kind of situation, the question becomes, what should be done about it, other than just saying that something should be done?

Beyond making the best out of the facts as they exist, it is imperative to think about the future, as well, in order to do things like protect the client’s ability to drive, and get him or her out of the case with the fewest possible consequences.

The gold standard that my team and I live by is this: Success in a DUI case is best measured by what does NOT happen to you.

A shorter term of probation is better than one that runs for a longer term. Having fewer conditions is better than having more. Nobody wants to go to endless alcohol education classes, counseling, or even AA, so it becomes critical to manage a case to avoid as much of that as possible.

The overwhelming majority of people who are charged with Operating While Intoxicated (OWI – the actual legal term for what everyone just calls “DUI”) will be put on probation and, in the post-court phase, have to attend whatever kind of classes or counseling the Judge has ordered. However, making sure someone doesn’t get hammered with too much of it in the first place is something the lawyer has to plan for and work on while in the court, meaning “middle” phase.

When everyone gathers in courtroom for the sentencing, the third phase is about to start. Once the Judge hands down his or her sentencing order, then the 3rd and final phase, the post-court (probation) phase formally begins.

For any person going through a DUI, it’s what happens after sentencing that he or she is going to have to live with for a while, at least until probation ends.

Fortunately, there is some good news: Although most people fear going to jail, that can be usually be avoided – particularly in 1st offense cases.

Knowing that is fine, but actually doing something to make sure a person actually doesn’t get slammed with overbearing probation is more important, and that’s where my team and I really shine.

Probation in a DUI, or any criminal case, for that matter, can any 1 of 3 levels, meaning degrees of difficulty:

Usually, DUI probation includes a “no drinking” order, with some amount of breath and/or urine testing to ensure that a person is complying with it. When someone winds up on probation, they learn to appreciate, in a way they never did before, the meaning of the phrase “less is more.”

The lawyer’s key function in the court phase is to make sure that he or she helps bring about the best (and in most lenient) results in the post-court (probation) phase.

In other words, it’s imperative to make sure the client avoids as many of the potential legal penalties and negative consequences as possible.

Whether or not a lawyer has done a good job for his or her client, once the sentencing is over, he or she is pretty much out of the picture. It’s the client that has to go to probation, attend any classes, and provide any required breath and/or urine samples.

About the only time the lawyer will hear anything is if the client messes up somehow, and winds up facing a probation violation.

Because my team and I live by Golden Rule, what happens to our clients matters. As lawyers, we judge our success by how we do for them. We may not be the ones going through the paces of probation, but we feel an ethical, moral, and personal responsibility to do the very best we can for each and every person we represent.

There is, of course, a lot more to all of this, and I would strongly encourage the reader to check out the DUI section of this blog. In addition to over 500 DUI articles, the reader will find a search box that will allow him to find the answer to just about any Michigan DUI-related question he or she could have.

If you are facing a DUI here in the Greater-Detroit area, meaning anywhere in Wayne, Oakland, Macomb, Lapeer, Livingston, St. Clair or Washtenaw County, be a smart consumer and read around. Read how different lawyers explain the DUI process, and how they explain their various approaches to it.

All of our consultations are free, confidential, and done over phone, right when you call. My team and I are very friendly people who will be glad to answer your questions, explain things, and even compare notes with anything some other lawyer has told you.