As a Michigan driver’s license restoration lawyer who handles and wins about 200 cases a year, I must be able to quickly assess a situation to determine if and when a person can move forward and win his or her license back. This analysis is instinctive to me and my staff, as it should be for any office that concentrates in driver’s license restoration cases. As I was thinking about this, I realized that explaining it would make a good article, because there are 3 primary things that determine if and when a person can move forward with a license reinstatement or clearance appeal file with the Michigan Secretary of State. In this short, 2-part installment, we’ll look at each of them, and how they interact. 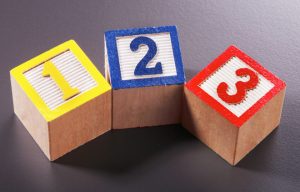 There is a specific, important order to the 3 conditions that that must be met in order to file and win a driver’s license appeal, and I’ll explain why as we go through them. First, and by far most important, I need to know if you have quit drinking. If not, then there’s no need to look at anything else, because you must be genuinely sober to win a license appeal. Second, I must confirm that you are legally eligible to file. The state has very specific rules about when you can proceed, and there is no getting around them. Third, you must also be able to win (or, to put it another way, “practically eligible” to win) your case. This means that beyond the sobriety and simple time requirements, you must also meet certain other criteria established by the state.

In the last article posted to the driver’s license restoration section of this blog, I outlined how my first-time win guarantee is not only good for the client, but also helps keep me in check from taking a case that won’t win. As I pointed out, I handle about 200 or so license cases each year, but, in truth, those represent less than half the inquiries I receive. Most people who contact my office – ready and willing to pay my fee, no less – aren’t completely sober. I don’t take those cases. Beyond all the ethical, moral and practical considerations (the whole point of the license appeal process is to make sure a person has honestly quit drinking and is a safe bet to never drink again), I guarantee to win every case I take, and people who are unable to prove they’ve really quit drinking simply cannot win. My guarantee ties me to each client until we’ve won, and to be blunt about it, I make my money winning these cases the first time around, not getting stuck doing “warranty” work that effectively doubles my effort while slashing my income in half. This makes it imperative that I correctly sort the winners from the losers before I jump in. Now, let’s examine how I do that.

Sobriety is the biggest, first, and most important consideration. It is the foremost requirement in all Michigan driver’s license restoration and clearance cases. I have written many articles on this topic alone, and I will probably write many more in the future because nothing else matters unless you have honestly quit drinking. The Michigan Secretary of State Administrative Hearing Section (AHS) has developed and refined the license appeal process for the specific purpose of excluding anyone who poses a risk to drink and drive again. As a result, the state has drawn a line in the sand: only those people who can prove that they have quit drinking for good will win, because people who do not drink are not a risk to drink and drive. “Proving” you’re a safe bet to never drink again involves a lot more, however, than just saying so, and that’s where I come in.

Of course, it’s hard to get by without a license, but just needing a license is not enough to get it back. I often quote one of the Secretary of State Administrative Hearing Section (AHS) hearing officers who said, “everybody needs a license.” Everybody needs money, too, but just like a license, you have to earn it. We’ll forego any in-depth discussion about how I take a case and make it into a winner, except to repeat that having a genuinely sober client is a non-negotiable first requirement. One of the first questions my staff or I will ask someone is when he or she last drank. And the very first thing that either Ann, my senior assistant, or Ashlee, my paralegal, will tell me as they approach me about a new potential client is how long the person has been sober.

The transition from drinker to non-drinker is profound. It changes a person at his or her core. This, in turn, affects pretty much every facet of his or her life. This is not the kind of stuff that can be faked. Either your whole life has changed, or not. When I have this kind of real sobriety to work with, I can (sooner or later) make any case a winner. However, if a person still drinks, or even thinks he or she can still drink, then there’s nothing I can (or will) do. In that sense, sobriety, like being pregnant, is an all-or-nothing proposition.

What the reader needs to understand is that, from the state’s point of view, the whole point of the license restoration process is to differentiate those people who have truly quit drinking and genuinely intend to remain sober from everyone else. What’s more, and as I noted about my own experience, amongst those people who’ve lost their license for multiple DUI’s, those who really do quit drinking for good are a minority. In other words, it’s not like the Secretary of State has an easy job separating out a few people who still drink from some larger pool of those who don’t; quite the opposite, the state has the very difficult task of screening everyone who files a license appeal to find those few who really are sober and likely to remain so. The SOS works on the assumption that it’s better to deny someone who might be genuinely sober, but whose proofs don’t rise to what the law calls “clear and convincing,” than it would be to put someone back on the road who is a risk to ever drink again.

While you must be sober to have any chance of winning your license back, you can’t even file a restoration or clearance appeal until you are legally eligible to do so. Determining eligibility is actually very simple; all I need to do is look at a current copy of your driving record. The DUI laws are rather straightforward: if you have 2 DUI’s within 7 years, your license will be revoked and you cannot file an appeal for 1 year. If you rack up 3 DUI’s within 10 years, then you can’t file for 5 years.

While those numbers are absolute and easy, they can get muddied by things that happen after a person’s license has been revoked. Unfortunately, it’s not uncommon for a person who has had his or her license revoked to get caught driving before they get it back legally. If any kind of conviction or infraction winds up getting on a person’s driving record during this time, then he or she will receive what’s called a “mandatory like additional” revocation from the Secretary of State. This means that if your license has been revoked for 1 year (and as long as you haven’t had it restored yet), and you get convicted of any driving offense whatsoever, you’ll get another 1-year revocation slapped on. The same thing applies to a person whose license has been revoked for 5 years. Let’s look at a few examples to explain this:

Assume Bad Luck Betty got her 3rd DUI 3 years ago, and had her license revoked for 5 years. This would mean that, legally speaking, she will become eligible to file a license appeal in 2 years from now. If she goes out today and gets a ticket for speeding, or a prohibited turn, or even gets convicted of driving on a revoked license, she will receive another 5-year revocation, which will begin from the date of her conviction for any new driving offense. Fortunately, these revocations don’t stack up consecutively, so Betty’s eligibility will be pushed up by 5 years from now, not an additional 5 years after her remaining 2 years run out.

Now imagine that Betty had 3 DUI’s many years ago that resulted in a 5-year license revocation, and that she became eligible to file a license appeal a long time ago. If she gets caught driving today, and even though she has long been eligible to file a license appeal, she will be revoked for an additional 5 years from the date of her conviction for this new offense. An easy way to think about it is that if a person whose license is revoked gets caught driving, he or she will get yet another revocation, starting from the date of conviction for the new offense, for the same length of time that they were previously revoked (either 1-year for 2 DUI’s within 7 years, or 5-years for 3 DUI’s within 10 years).

As we’ll see in part 2, however, being legally sober and eligible is still not enough. For now, we can stop here, having shown that you must be both genuinely sober and legally eligible to move forward with a license appeal. We’ll come back in the next installment and pick up by showing how these 2 requirements to start and appeal must also combine with a third and critically important consideration: meeting the all the state’s other requirements, or, as we put it earlier, being “practically eligible” to win your license back.