In part 1 of this article, we examined the first 2 requirements for a successful license appeal file with the Michigan Secretary of State: being genuinely sober and legally eligible. A person who has not honestly quit drinking is exactly who the state wants to prevent from getting back on the road. We also saw how you must be legally eligible, time-wise, to file an appeal. No matter how sober you are, you can’t file until your period of revocation is over. Although the initial period of revocation is straightforward, this can become a problem because revocations get extended if someone gets caught driving in the meantime. I also made clear that while these 2 things are essential to being able to file and win a license restoration or clearance case, there is one other key requirement, that you be “practically eligible,” as well. The notion of being “practically eligible” is kind of an umbrella term that means you must meet all of the state’s other criteria for granting a license appeal. 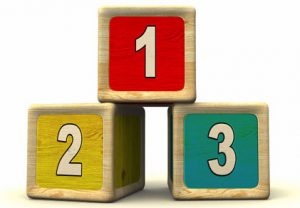 What are those “other” criteria? Here we stumble into things that have developed as interpretations of the license appeal rules. Most of these things are either not obvious or otherwise unknowable no matter how many times you read the published rules. In many of my previous articles, I have called these mostly unwritten requirements “a million little rules.” How many ever there actually are, the larger point is that these are not specific points of law, but rather the interpretation and application of the broader law and rules in the real world.

Consider this example: “sobriety” is counted only when it’s considered “voluntary sobriety.” This means that, generally speaking (with a huge and notable exception for sobriety court – more on that later), any time a person spends on probation or parole without drinking is still not considered voluntary sobriety, because the person is under orders to not drink and risks punishment for doing so. Such oversight with the underlying threat of punishment is called a “controlled environment.” Often enough a person will quit drinking right after a DUI arrest. The way the state sees things, it doesn’t matter how strongly such a person may have committed to sobriety on the inside, but rather what can be observed on the outside. Thus, it’s really only when a person is no longer required to not drink that we can see his or her sobriety as being truly voluntary.

This causes a a lot of confusion, even for attorneys who aren’t, like me, a full-time driver’s license restoration lawyer. Remember, most people convicted of a 2nd offense DUI are put on probation for 2 years (or at least 18 months). Thus, legally and technically speaking, these people will become legally eligible to file a license appeal after 1 year under the written rules, although when you factor in the controlled environment and voluntary sobriety considerations, it becomes clear that they cannot win any such case until they’re able show a period of “voluntary sobriety” which requires them to have been off of probation for a while. There is no exact or specific time period that is necessary (of course, more is always better), so each case has to be analyzed individually.

To do any such “analysis” though, requires knowing what won’t work. In other words, unless you have a clear idea of where the Secretary of State has said “no” before, you’re only guessing. The catch here is that the only way to learn many of these things is by mistake. As smart as I think I am, I cannot deny that I’ve learned many, if not most of them, the hard way. Thankfully, with over 27 years’ experience to my credit, I’ve been past all of that for a long time, so now I can guarantee to win every license restoration and clearance appeal case I take. Beyond all my legal experience, I have completed a formal, post-graduate program of addiction studies. When it comes to talking about recovery, there is no lawyer who understands it better than me. I use that training every single day, in every single license appeal case I take, and with every client I meet, to help fit my client’s experiences into the framework of a winning appeal.

Here’s another example of things that aren’t written anywhere: using medical marijuana virtually guarantees that you cannot win a license reinstatement case. The reasons for this are complex, and I explored them in a previous article, but the bottom line is that if you use medical marijuana, you won’t win a Michigan license appeal. Period.

The same holds true for many other medications deemed “risky” (essentially, any drug that is potentially habit-forming or is mind or mood-altering), unless you can prove it’s use absolutely necessary, with no suitable medial alternative available, and otherwise not a threat to your recovery or ability to safely operate a motor vehicle. If this isn’t confusing enough, consider that it is possible, in certain circumstances, for a person with a prescription for Vicodin to win a license back, while it is all but impossible for some who uses medical marijuana to do the same thing. As the modern saying goes, “it’s complicated.”

There are countless other examples I could go through, but to we’ll skip what would amount to a never-ending list by looking at the underlying principle at play – the idea that you have not only quit drinking, but have adopted a “sober lifestyle,” as well. This tends to focus on how different your life is now from the way it was back when you were drinking. For example, a person in recovery will no longer play darts in a Thursday night bar league. This is why I have called these unwritten conditions as “a million little rules,” and it is a pretty apt description.

Confused? Hold on, because there’s more:

A number of years ago, Michigan began its sobriety court program that gave designated Judges the power to override a license revocation in 2nd and 3rd offense DUI cases and grant a restricted license with an ignition interlock. After a person has completed sobriety court and his or her minimum period of revocation has passed, he or she becomes eligible to file and appeal seeking a “full” license. At first, this presented a problem to the Secretary of State, which fell back on the idea that anyone fresh off of probation, even with a restricted, sobriety-court issued license, could not just jump from that to a full license because he or she had not accumulated any demonstrable period of “voluntary sobriety,” as he or she had clearly been living in a “controlled environment.”

The legislature quickly resolved this by writing into the law that any time on probation with a restricted license is sobriety court was to be considered “voluntary.” Here, it seems less about logic or making sense than just understanding how it works, and that’s my job.

As I pointed out before, the issue of when a person should file a license appeal, meaning how much voluntary sobriety he or she must accumulate, is something best determined on a case-by-case basis, but, what’s most important is the idea that merely being sober and legally able to file an appeal isn’t enough to be actually ready to win it.

And that’s the point, really. Sobriety and legal eligibility are pretty easy. Either you’ve quit drinking for good, or not. You are either eligible to file a license appeal, or not. If you can’t check both of those boxes, then you’re not ready to move forward, but moving forward, by itself, doesn’t mean you can win your case. Winning you’re license back requires meeting all of the state’s other requirements and understanding the nuances of those “million little rules” that govern these cases. Unlike the first two, it’s this third requirement that’s so tricky.

If you need to win back your driver’s license of clear a Michigan hold on your driving record and are looking to hire a lawyer, then be a smart consumer, read around, and then check around. Read some of the more than 425 driver’s license restoration articles on this blog (that’s more than you’ll find everywhere else combined!) Ask questions. Comparison shop. I’m not in business to compete with anyone else on price, but I am fiercely competitive about my work and the results I achieve. I guarantee to win every case I take, but I do that by holding high standards and only taking cases for people who are genuinely sober. My integrity is not for sale.